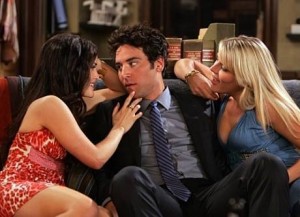 Yesterday evening, exhausted by the taekwondo I came back home at 11:25 pm. I had planned to see again 6ft (I don’t care if the girl is taller than me and she can wear heels all the same if she likes it I don’t give a fuck, I am not insecure and I have no useless ego) at 11:30 pm then the timing was bad and I still was eating when she arrived. Well, we went in my bedroom, I put a College Rules on the computer and she lit candles. While she scratched matches, she bent necessarily, so I positioned behind her in doggystyle position and I put my hand into her string to caress her a little. It turned her on a little, then she got on the knees and started sucking me. Nice! But it is not everything!

11:50 pm, my phone rang. It was the girl of the bodypainting. It is true that I had also invited her. Well it was cool, I told to 6ft to undress in underwear and to look at the movie while I picked up GBP (she did obey, compliance test validated). The naughty girl arrived, I told her to put herself express in underclothes too and both girls got acquainted by kissing each other directly while I touched them both. Then, they hurled themselves at me, still dressed, to suck me together it was awesome. A beautiful way of getting acquainted ! Seriously, I did not know any more which mouth was to whom. Afterward, we made a lot of oral actually. I remember having licked GBP and caressed 6ft with my right hand while she fully caressed and kissed each other. I also have the image to see GBP licking 6ft and making her enjoy or watching us fucking. In brief, they each came twice, me only once actually but after the sport and everything I had difficulty in being hard again and I was in shortage of stock of condoms. Well, the atmosphere was good, they complimented and encouraged, I even had to face a feminine solidarity exaggerated at certain moments.

At about 4 am in the morning we all settled together under the duvet, 6ft to my left, GBP in my right-hand side, naked. That it is the fulfillment of the PUA, I think.

Well, now educational moment. For the sex with several girls, always asking to the girls that we fuck if they have already made with another girl or if they would like to try. When we find two willing, it is like a puzzle, we look if they can fit together by sending innocently to both parts photos of the other one and by asking if they like what they see. Then, we ask them to attend at home or frankly or under the excuse “to drink wine just the three of us”. Me, I don’t like the discussion in these moments but that’s just my opinion.

Otherwise, this afternoon, I saw Virginie : She had her first facial (clumsiness) and now I have to go to buy condoms in case that swings again soon in my apartment! For the anecdote, 6ft registered me under the name of “Fabrice Stinson” on her mobile. I found that not bad!

Challenge accepted ! May the God of the Game be with you !