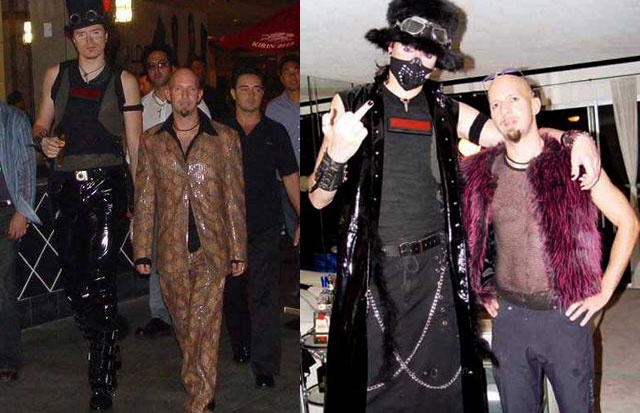 The peacocking has always existed in various forms throughout the history of mankind. In many tribes, males tattooed and wore feathers (not in the ass) to attract females. In some Asian tribes, males wore hats during specific phases of seduction. The unconscious of a woman is thus genetically attracted to peacocking. It is, in any case, these postulates that decided Mystery to incorporate peacocking in the game. In this context, it means dressing to attract attention. This is a reference to the peacock that spreads its tail feathers in the form of a range to attract a sexual partner.

The interest of peacocking

It facilitates openers as a topic of conversation. Sometimes, you will get approached by girls (and guys) that will talk to you about your accessories. This is good for your social proof.

It gives an alpha status because a man needs big balls to take to dress in a way that stands out. It sets you apart. It is a High Value Demonstration because proves that you’re not afraid of what other people think.

It allows to visualize yourself otherwise and thus can positively influence your inner game and your body language.

A good peacocking reduces your flaws and highlights your physical qualities.

It plays on the unconscious of hot babes.

An accessory can easily become your signature, such as the strip of Julien Doré which surely helped him to mark the minds of viewers and win the French American Idol. Or such as the Johnny Depp’s moustache.

It can look really good if you have enough charisma to carry it, but otherwise you’ll just look silly. You may also quickly be labeled as gay or marginal.

A sense of fashion is needed to dress like that with class: there must be a certain harmony in colors and materials. A guy in red and pink with brown shoes and a green belt, would be just horrible. Chances are you’ll be easily AMOG (be kicked out by another alpha male) in this case… If you do this anyway, you must in any case have a great talk back!

One might also be tempted to say (just like for the guys who like too much tuning): “This is a person without much personality that is testing his assertiveness… He is so uninteresting that he is trying to get noticed like that to compensate for his small dick.”

Anyway, I do not think it would tempt me to approach a peacocking girl. Seriously, would it turn you on, a girl with yellow nails, purple lips, wearing a red skirt with a green denim under, a blue striped top and a monocle?

Finally, do not copy the style of Mystery, the inventor of the concept: it works for him because he is a magician. But if you do not do magic, his style will not go with your personality.

In France, the peacocking seems to me not as adapted as in other countries (England, Japan, United States): I guess we are not very inclined to originality… Here, a guy who goes out with a cowboy hat and a crocodile skin jacket has more chances to be mocked by people than to be admired. Note that the countries I mentioned are still known for their bad and poor taste, it makes one think!

I advise you to do not follow the US advice and therefore don’t be particularly outrageous. A hat in a club, it is a safe bet but it’s not unusual. I recently tried with a captain’s hat, it’s not bad… plus I asked the babes “have you ever kissed a captain?” This could bring a quick kiss. There’s also the ties that can help, especially if you have the balls to answer these kinds of things when you are asked why you always wear a tie “it’s to tie naughty chicks up!” The shoes that make you seem taller can help too. Otherwise, you can also do in the quirky humor with a Donald t-shirt, for example. But in general, I’m not really into peacocking.

Honestly, where I live (not Paris), I do not think it tremendously helps. On the other hand, if it is done incorrectly, it can quickly be a thorn in your foot. In any case, I do not see the interest in deliberately dressing ugly like did Neil Strauss and Mystery. It allowed them to make out because the girls thought they were the show bizz stars. But here I do not observe that it works this way in clubs.

In conclusion, if you can do that well, why not? But for my part, I do not think it is done for me.

Being beautiful, to what does it serve?

We’ll just philosophize today! I was wondering the other day: “being beautiful, to what does it serve?” Beauty perceived or capital beauty? In my view,…

Read More »Being beautiful, to what does it serve?