Picking up on the Internet, just like street pick up, it is really something for loosers 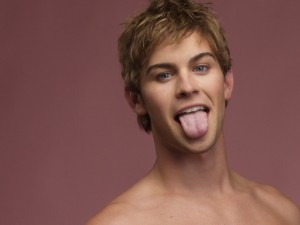 Oh crud! I did connect on adopteunmec this afternoon and that so much pissed me off that at the moment of writing a message to a girl, I entered trance. I retranscribe you here this small work of art which summarizes more or less all the negative aspects of the online pick up. In brief, picking up on the Internet, just like street pick up, it is really something for loosers. I give some explanation. Below, the parcel bomb that she received (this is true for Meetic, Badoo, and so on).

Did you know that, on this site, most of girls’ profiles are:
– Fake profiles, intended to steal us some money or to sell naughty shows on Skype;
– Girls who come to feel reassured on their power of seduction but do not want to meet guys, making them egoistically waste their time;
– Guys, who make fun of the other guys (but who are not better than us) or to blackmail them (one just told me “yeah don’t worry I am a naughty girl please send me a photo of you naked and after I will do the same thing but do it first and show your face, I do not go out with pussies who do not assume”… if this kind of swindles still exists it is that there are poor guys who do it);
– Hypocrites who do not assume being member of a dating site nor needing and desiring to make love then they warn “no fuckfriend go away monster if you just want my ass” or “here to make friends only (look for the mistake)”;
– Girls whose greatest pleasure is connecting and playing the haughty silly bitch.
I don’t say that it is your case, I don’t say that you are a member of the gang of the dishonest (in any case even the most dishonest people are persuaded to act for the good cause), but my time is precious then to prove me your good faith please add me on Facebook. It is the only place where I shall agree to discuss with an unknown (because there I can see if your profile is true, etc.)

Do you believe that James Bond or Chuck Bass would waste his time chatting on Adopt with illiterates about whom he could not even know if they are real people? No, obviously, because it is for loosers: guys like girls are 90 % of complete morons there. But there are all the same rare pearls (I met awesome girls who did not too much complicate things this is why I am still here), and I said to myself that it is maybe your case, then I put aside my pride and contacted you via this vile network. However, I won’t chat with you during 3 years. Moreover, I do not even know if I will reconnect here one day. I’m not your man if you want me to agree to play according to rules made by a site of male chauvinist: making the men pay and nevertheless giving the power of the sexual choice to women (women who are so afraid of being labelled as “easy girls” that they do not use it even if they drop dead want sex… you know, it is very natural to feel some desire for the other sex, it is just that there are too many idiots who would point them). Then, the ball is in your court. Just notice here the logic of the phenomenon: once a charge is applied, the interesting guys leave it because they do not need that and the girls find themselves in front of an ocean of losers (with a few exceptions, that’s the thing). The quality girls leave the ship in their turn and that gives a mixture of shits looking for shits at their level.

Watch out, I’m not saying that I am James Bond nor Chuck Bass. I just say that I am not the worst guy of the Earth and far from being a desperate person in lack of sex who has only this virtual option to make a girl feel interest for him : I wrote 3 books about gender relations, I practice sport, I eat healthy, I wash myself every day, I have a kitten, I work in the Finance, my blog is a hit, I am not ugly nor a premature ejaculator, I don’t have a little penis, etc. In brief, I am not OK if I have to be presented as “a settled regional product…” Pff.

What I say, on the other hand, it is that as soon as a girl creates her profile, she is immediately submerged by proposals. Hundreds of guys try to pick her up, then she thinks with her brain of sparrow that it would be convenient to be fussy and to forget the elementary rules of politeness. She also thinks that she is going to be able to select tens of virile inhabitants of Aix, sexy, intelligent and funny at the same time to put them in competition to find her Ryan Gosling (it is serious, I even saw a fake Chace Crawford). But the ideal man, just like the ideal woman (the only devourer of apple who would deserve him) does not exist. Needs to connect her neurons and to come back to earth!

The truth is that guys here are the same people that those you meet daily in the street or in the clubs (losers, misfits, mythomaniacs who have complexes, poets who say the same catch phrase to everybody, poor people who feel exhilarated thanks to the virtual but who will not succeed in articulating 3 words when you will meet them, etc.). I am thus going to leave you with the masses if you believe that:
– Adopt is a miracle place where you are going to find love (a long-term improved friendship is more possible);
– Because I contact you, it is beforehand won;
– You are going to be able to wait being picked up without making any effort;
– I am going to go directly at your home or you at my place while I do not even know if you are not a vile bearded man (first meeting in a public place please);
– You can patronize me and show off while you would shut up IRL (I don’t say that maliciously but there are too many girls who are aggressive because they feel invincible behind their computer);
– We are going to talk to each other on the site for weeks before meeting (sorry but the body language represent 90 % of the communication thus it is impossible to know if the current is going to pass with a person before having seen her as large as life. Isn’t it better to know it as quick as possible ? ;
– You think that I am going to persevere with a girl who obliges me ceaselessly to feed the conversation, who promises dates then cancels at the last moment (you won’t do it to me twice, believe me… I only respect people who keep their promises);
– You are an idler who did not understand that to get on in life it is necessary to fight;
– You do not have enough confidence and prefer to forget all about me (fear of not being up to it – well, I admit here that everybody won’t like me but there are limits there) and make out with your fat Romeo or a lean young without future who agrees playing according to rules dictated by the society (or according to yours so much he is discouraged and you can manipulate him easily by the cock), or you are too stupid to realize the luck you have;
– You are authorized to wait three weeks before answering me, to throw tantrums for nothing, etc.

Well. I guess that I said more or less what I wanted to say and that you got the general idea but I notice that I only spoke about the online pick up. Do not confuse me for all that with a pussy who would be too scared to approach girls in the real life. Hard SPU (blocking several hours specially to meet women in the street) I made it but I do not seriosuly plan to have a practice any more. It is too time-consuming, and now, the time and the sleep are what I miss the most at the moment. Thus picking up all day long on the Internet or even in the street: needs to be a sacred wanker who has nothing else to do. Sorry but it is the truth. But, approaching from time to time an attractive girl of whom we cross the look and who maintain eye contact in return, of course yes, it is necessary to have the testicles to go for it…

I will finish now that I started with my vision of the things: the dating sites are places of human consumption where the individuals make scroll photos one after the other by trying to pick up the most beautiful specimens : it is sad (you are nothing as long as the girl did not see you in person). The great majority of the women over there (like the men) are imbecile : they look for THE beautiful guy/girl, that’s it. Something else: since when a woman who says looking for something serious, really looks for something serious? Since when a woman who says looking for a kind, faithful guy, really looks for such a man? It is just claptrap for virgins. If most of the girls connect it is because their life is meaningless. They don’t do anything, they look for somebody who will give them something, a minimum of volume, who will make them live story by proxy. The proof, they rarely have something to tell, no conversation, an IQ hardly upper to the IQ of a cow. Sorry but I am better than that. I am not ready to crawl stomach on the ground and pay, to speak to silly bitches who will just answer “lol” to my 10 lines? Then yeah, some people say “Facebook is not Meetic” but it is exactly for that reason that I see you there.

I am sure that you will be so much surprised receiving this long text (you inspired a lot me) that you will send this message to all your friends before knowing what thinking about it. No problem, go on, spread the word ;)

1 thought on “Picking up on the Internet, just like street pick up, it is really something for loosers”

previousEverything about the FLAKE in seduction
nextI picked up a medium