Problems with the TOO direct game 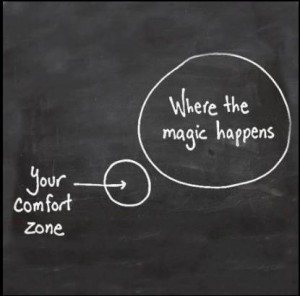 The good side of the direct game

I like using sexualization early in the interaction. I find it really fun and honest. And, strangely, that reassure some because it confirms them that they are about to be picked up. By a guy who assumes in addition, characteristic quite rare.

Indeed, people whose intentions are not clear often inspire fear. And there are a lot of guys who do not assume they try to pick up : they want to be regarded as “good guys” or I do not know what… in order to fuck the girl. I’m sorry but you can fuck chicks, enjoy it, and yet being a good guy.

Other interesting features of the direct game is, in my opinion, its powerful and surprising aspects … sometimes destabilizing. It can hit the mark and differentiate us from the masses! Thus, when we approach, for a greater impact we do not often say hello and directly go straight to the opener.

It can excite the chicks, but sometimes precisely: the fact to remove this ambiguity can cool those who do not assume they want to orgasm. So they apprehend (being naked in front of you, not being up to you the bed, feeling dirty after, what do I know …)

That’s why it works especially on adventurous girls, those who have strength of will, those that are not really lobotomized, those who are hot (no complex), those with experience in the bed or who assume the fact of not having experience and want to learn from you.

The direct game removes a lot of headaches from the game. I do not know many guys who practiced with me and who made a step back after. It’s quite liberating, it pays, and it allows to have fun. In addition, it highlights the weaknesses of some women, so we can laugh when we understand that if she did not sleep with us it is not necessarily that we have done something wrong or are not handsome enough for her. It is very comfortable to fuck hotties, most of the time without headache, sometimes even without leaving home …

The dangerous side of the direct game

The direct game, it has the reputation of being somewhat the “old-school” pickup. The one with the big balls. However, when we like it, we (me included) sometimes skip steps yet crucial to a clean game. And we eat a lot of rakes and flakes.

Let’s make no mistake: there are plenty of chicks that this particularly virile pushy pickup, turn on. But they are so conditioned that it intimidates them, and some would feel “dirty” “give up so easily,” even if they want it in fact. Where from an internal conflict, and some will even be mad at you for not having stayed in your soft dick role.

Basically, this kind of approach or man, it’s been the dream in movies but in reality they are not going to try their luck. Some will say that they do not assume their sexuality. Further they are well conditioned to a boring life. The gossips say they are frustrated and pain in the ass. I do not think we are here to judge, too bad for them, after all. Me, the only things that annoy me is when they warm us, but after get cold feet and then blame it on us like, “you’re not enough this or that / finally I have no more desire.” This way, they streamline their own cowardice (me, I always do what I say and say what I do I call it respect). They are afraid of leaving their comfort zone (where the magic happens), but will not admit it (they are maybe not even conscious of this). This is normal, it would call into question their belief system. Go on and tell a jihadist it is impossible that there are70 virgins waiting for him after his death, or that if it’s a woman or a guy who kill you it’s the same thing : you’ll see his reaction. Sometimes, by texts, they will use shitty excuses just one hour before the date like “finally I cannot come over I’ll go get vaccinated.” The most hypocritical even say stuff they do not measure the scope “I’m not a girl like that me but in the party you will find easily”: it’s like “look, all the girls are sluts but not me “. What a ridiculous vilification … “Me I can resist my urges, but it’s hard, so I’m sure others cannot do so !!! I am sooo proud!” When in fact, these are all the chicks in the mold who use crap like that and I can tell you that those who think for themselves have a different speech. It does not take me long to recognize them!

Beautiful women use more sexual avoidance strategies than men because they need to make less effort to get fucking opportunities.

Sorry but all the chicks are not worth investing time and energy in them (much less money or sperm). When they start bullshiting me, I see them as chicks that have failed the test. It is true, I admit, I am not very tolerant, I ask them a lot and make fewer concessions but … we both lose. Her orgasms, and me a hot girl. All that complemented by a memorable adventure that will be remembered (because of the adrenaline that is precisely what prevents many from taking action – it pisses me off because of my anxiety attacks I had to learn how to manage imaginary fears so much that now I laugh when I see what stresses some girls and I really wonder how they would have done if they had gone through what I went through).

Anyway, back to the point: if we really want to increase our chances, it is advisable to put an intro before the pushy direct game. When I say an intro, I speak of a rapid exchange or a story-telling including DHV.

The temerity of the direct game too often dessert even if it allows banging hot babes, without many complications. But you have to be strong in your head because sometimes the flames back hurts a lot. Some bitches want to put you back in place, we do not know why, it looks like it is their mission on Earth to spoil the joy of others. Some you’ll fuck them, but only once, they will be too good for you, and you’ll think of them your whole life being jealous of the guy who married them (OI).

There’s chicks who believe we use very direct game because we are afraid of a conversation… or we cannot handle a conversation! That we are so anxious, we prefer jumping into the water, closing our eyes. It is true that it is logical if we see evil everywhere. However, for me, it is rather a test, the proof: a girl who laughs to my cocky-funny opener, I would be happy to have a conversation with her after. More willingly than a frustrated bitch who rebelled because you have not offered her a drink. I prefer to break the ice like that, I cannot help it…

Sometimes I abuse. I’m not focused. For example: “Hi, would you like to kiss me?” Here, I zap a little the comfort phase by practicing like that. I play double or quits. The opener is also VERY generic. Chicks (like us) like feeling a bit special. Some do not take us seriously, think that we are making fun of them. It does not mean that it doesn’t work sometimes… but it’s nice to add a little calibration. With that said, this kind of approach is very funny when we see the face of the girls when they hear this: they often do not believe their ears. Moreover, it helps to desensitize, because when we approached like that, we can do soft approaches more easily after! Ashamed of anything now, we are free… you can do it in a huge scale : and playing on the number, it pays. It is statistically better to make 20 generic cold approaches than two highly targeted approaches. Especially, if it is to learn after 2 hours of conversation that the girl is sleeping with her friend or has a boyfriend to whom she will remain faithful… well thank you but no thank you! You can have more targets with this kind of game !

By making pushy direct game, be ready to sometimes suffer from strong returns. So a beginner who is still seeking his self-confidence may be destroyed with this little game. They can be very arrogant and hurtful ESPECIALLY if they are people around (cf. social pressure, feels uncomfortable because believe you just call whore since that is her biggest fears seen how she is sexy dressed, is in trouble because torn between temptation and education). I know that this logic is quite disconcerting because besides that they will say that a confident guy who knows what he wants excites them. Finding a balance is delicate. But do not forget the saying “a good fisherman must learn how to think like a fish.”

An alpha guy who has the choice of women likes to know in what he sailed before spending two hours with a green plant. Where from the point of the test before taking her seriously and investing in her. Well, in my opinion. Be ready to date any girl is a kind of DLV. It’s a good thing that she proves her value before. That she makes efforts. It shows that she is a bit more clever than average. But the cute girls are not really used to it, usually 15 guys flock to them as soon as they walk into a bar. Inevitably, it distort men/women relationships and makes them lose touch with reality. And since you do not do like others, he average stupid girl is going to think you’re the idiot.

Finally, note that sometimes there’s times when the most daring game will work and times when whatever you do it’s not working. I guess that there are cycles then I do not know where it comes from if it’s the moon, the seasons, or our state of mind … Well, I have often noticed that phenomenon. There are times when all my buddies FuckClose and others when we all feel bad because luck does not smile us. In this case, my advice is to apply a basic game to return to success and so making a fresh start.

previousHow to positively handle the AMOG
nextHow to guess if she has a hairy pussy?