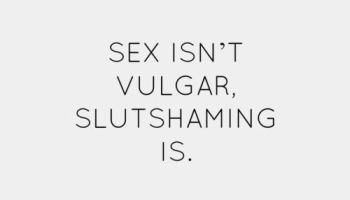 In this article, I explain how to know if a girl is easy or not. The goal is obviously to invest neither your time nor your energy for women who would make you lose both.

Indeed, if you need 10 dates with a girl (and paying) to sleep with her… know that you could have fucked two or three “less difficult” others during this time (and for cheaper). Moreover, the babes who play it hard to get before sex generally do not offer good sex and the continuation of the relationship is complicated (it must be suspected because when it starts complicated, everything can be complicated…)

In short, there are some commonalities for girls who sleep quickly… and even if it is not an exact science (because women may be easier at certain times in their lives than others) I will share my experience with you.

How to spot a good leg, an easy girl, an open girl who wants both to have fun and a good time?

1/ She is single or has a guy but feels helpless. Basically, she does not tell you about her boyfriend from the outset…

2/ She is accustomed to making encounters, does not look wild when approached, is comfortable when you talk about sex. She has nothing against sex for sex: that, you will notice by testing her reactions to your fast sexualization (but be gentleman)… how does she react when you make innuendos or give her the opportunity to talk about sex ? I strongly encourage you to test her relation to sex and get away from those for whom it is problematic.

3/ She does not want to look for a serious relationship for now or comes out of a long romantic relationship that has led to nothing concrete: she feels that she has lost her time and hopes to catch up lost time by making new experiences. She thought a little and stopped believing in fairy tales like a 15-year-old girl.

4/ She does not stay long in your city (either she is a tourist, she is on internship, or she will soon leave for a long trip in Australia, etc.)

5/ You must stop to believe that the girls who dress sexy are sluts and that the others are not fucked. In fact, the woman’s dress does not reveal much about her sexuality… but, on the other hand, I noticed that naughty girls tend to be very careful about the maintenance of their pubic hair.

6/ Attention to the body language of the chick. In general, a woman’s eye  contact can betray her excitement or her desire for sex. Attention, if she is very tactile, it does not mean much in itself because there are many kino girls. But if she is tactile in addition to looking at you with envy or to tell you that she wants to have fun, there, it should raise your suspicions…

How to recognize a girl you should avoid?

7/ In general, avoid those who talk too much about sex, who boast, etc. Often, they will get cold feet at the last moment because they will be afraid of not being up to what they said. Except for real libertines.

8/ The lack of experience of the girl can be offset by a strong desire to get out of her comfort zone. But if the chick is afraid and does not wish to make efforts, it is necessary to be wary. If the chick does not seem to have strength of character or determination, be aware that she may not change and remain that who she has always been, the one that has not too much experience of encounters with unknown, who has no real sexual experience, etc. This kind of girl is generally recognized by the brakes she put to your advances “we will meet up in 15 days after my exams” or “I never do anything at the first date (shitty principles)… I just have an hour to spend with you tonight for a drink in a bar (LOL)”.

9/ Stay away from those who hope to find the prince charming, who seek at all costs a “serious” relationship (I prefer a funny relationship) or who verbalize that they do not want to sleep quickly. You probably can not fuck them unless lying to them (but it’s not ethical). Also avoid those who are suspicious of seducers, who say they are afraid to “make a mistake”, who believe their pussy has exceptional value, and so on. The worst, I think it is those who say that it is useless to make love without having feelings (ah, love!) These have clearly never been well fucked and are not ready to be satisfied with such a mentality.

10/ I also advise against the bitches who always pretext that they “need more time”. And/or who say that they still think of their ex, who often speak of him, or even who compares you to him.

And you, what are your tricks to recognize an easy girl?

previousVideos of sensuality lessons
nextTake my wife: Cuckolding, watching your partner with another man