Seducing this girl or seducing girls? 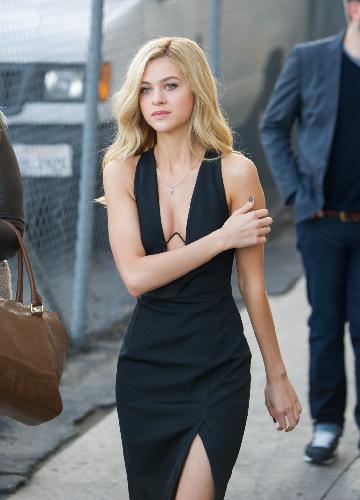 A guy often begins in the community of seduction because of a woman, and then he learns how to seduce women. And then we realize that it’s better (I think it’s better to learn how to fish than eating one single fish).

This means that paradoxically, the less important it is, the easier it becomes, because not everything that is the emotional register does not hinder us.

The more you’ll seduce, the more women will like you. The more you enjoy and the more relaxed you are, the better in your shoes you feel and the easier it will be to seduce a specific girl (with why not even some emotional in the equation).

I do not recommend to become insensitive, nor an asshole. I establish only what I call a “dynamic law”.

That is to say, I recommend observing how human relationships are established in reality (and this is far, far from the advice of women’s magazines…)

I know, it’s not necessarily brilliant. Because our education made us internalize a lot of lies.

Besides, one thing particularly struck me. While women are generally naturally much better off than men in terms of seduction, they almost never say the “truth” about what they’re likely to like in a potential partner. Some women lie, but I think a majority is simply not aware of the difference between what they think they are doing… and what they actually do. This is very disturbing for a man who would ask advice to women to seduce!

The first lesson is that if you want to be effective, you should not listen to what others are saying, rather look at what they actually do.

So do not take my word for it and begin to seriously observe your contemporaries without attempting to put a moral explanation on their actions. Try to understand the sequence (such fact causes such effect, which brings another fact or effect). Seek to analyze, not to judge.

For example, while most girls will tell you that they want above all nice and caring guys, you will notice that:
– or it is not the case;
– or other characteristics of the guys in question are much more pronounced than kindness.

Besides, it’s weird, but the guys who have learned to chat, to be popular, to be sexy or manly… are considered much more kind and attentive than the others… Everybody finds exquisite the vulnerable sensibility of a rock star, but not the one of a tramp. It’s weird, huh?

(There, normally, at least one of the girls in the audience says “Pfff, but it’s bullshit, you should not take a headache, you just have to act as you feel, we are not robots, you have to be available, nice and make small gifts… blablabla”)

(Bizarrely, it’s usually the same ones who complain about always being hurt by assholes. It’s weird, huh…?)

A guy a bit sensitive might also object “It’s true what you say there but it is not necessarily very fun to hang out with a girl for whom we do not feel anything. Besides, this is not the kind of story that could last very long.”

In fact, I do not necessarily recommend going out with girls for whom you do not feel anything. Though why do you necessarily link sex between consenting adults with love?

I simply recommend learning to be comfortable.

Because if you are as comfortable with the girl you want (which you may “love”) as during an allergy crisis you have no chance.

It is therefore necessary to desensitize to become enthusiastic, warm, charming, smiling, at ease, etc.

When one observes the “natural” seducers, this is what one notices. They are not necessarily extraordinary. They have just learned to be confident as far as the gender relations are concerned.

One wonders sometimes (feeling a point of jealousy) how do all these assholes to bang those hot chicks.

Often, they became confident thanks to a characteristic that is considered essential: a beautiful face, an athlete’s body, a fascinating voice, a great style…

But these “assholes” have all the same an essential merit: they go for it. They dare to confess their desire, uninhibited. And most importantly, they are comfortable and confident as they have experience for them.

They are often much more honest with themselves and with the women than the average men. But what they teach us about human relationships is generally judged as unbearable …

Hello! The woman is not more the magical creature imagined by the virgin than the demonic slut by the divorced recidivists and other suckers.

Women have desires, hopes, values, instincts. By knowing them, we can know them biblically. It’s as simple as that.

The problem here is that no woman is “standard” (Some believe to be universal references and give lessons but do not listen to them). One cannot foresee that a precise unknown will become mad about you.

On the other hand, if one frequents many young women, not only he will become more at ease, but it is then quite easy to find a girl who will respond favorably to his advances.

The most unfair is that the more experience you have with different randomly chosen women, and more easily you will find “openness” to seduce a specific girl (why not “THE” girl?). This is how it happens in real life… Depressing? No, not especially… It’s life, that’s all…

“What’s the use of getting tired for a girl you’re not in love with? “

Because before learning to play a duet at the concert, we train. And that one can learn to pick up/to laugh/to spend a good time with chicks without being necessarily in love. The more comfortable you are with the opposite sex, the easier it will be to approach and seduce the one you really like.

“Why do you want to submit to the desires and pleasures of a woman for whom you have no feelings?”

Precisely, one does not submit. We create flirting and assume our manhood. From the moment the meeting progresses, it is necessary to become the prize, the price that the other wants absolutely to obtain. This will lead to a curious turnaround (since it is necessary to show interest to catch her attention with the risk of being rejected, before taking the control of the situation).

“When I read some field reports, I feel a lot of contempt in the girls’ description (notably the note of the girls’ physique, I find it questionable).”

Is there a question of contempt or “flattening”? For example the notes, it is a trick typically feminine. Long before I knew the community, the only time I heard about notes was in groups of girls noting their surroundings… especially the boys.

Many “techniques” of seduction are in fact a systematization of what girls “naturally” do: selection, mystery, blowing hot and cold, and so on.

I can not speak on behalf of others but the category of seducer to which I belong sincerely loves women, to the point of dedicating my life to them… so do not come and talk to me of contempt or misogyny, please!

Extract from : The basics of seduction