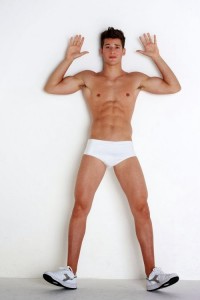 Most of the guys are happy that their sexual life amounts to watch porns on the Internet. They are maybe not really excited, but they are satisfied. It justifies the fact that most of the men do not make the effort to go out to meet women in order to fuck them. Picking up women is very time-consuming and dangerous while masturbation is easy and without risk. Their sexual satisfaction is not any more their concern. But they miss something all the same… This connection with a woman. This feeling of being loved… affection! And you (fortunately) cannot download some feminine affection on the Internet. To get some affection, you have to learn how to get in touch with your animal side, your sexual side. If you really appreciate this feminine energy, you would do better to learn how to become a sexual threat.

But the “wankers” version 2.0 show a loss of appetite for real sex, insomnias, losses of motivation, irritability, depression. Masturbation is thus a kind of drug. Then yes it is something common (especially for young people), just like alcoholism, but it is not deprived of any risk. When the brain does not produce enough dopamine because of an excessive practice of this sport that does not make people become deaf, we thus observe anxiety, a reduced sexual drive, apathy… Furthermore, the excessive ejaculation acts as a brake in your enthusiasm: body regulates otherwise you would never stop to eat, drink or sleep… and would die.  Nature being well made, when we do it too much, we lose the relaxing effects of sex and we find ourselves with a kind of hangover.

Dopamine is nevertheless an essential element of human well-being, it plays a role in the circuit of the reward, by encouraging:
– The risk-taking;
– The motivation;
– The concentration;
– The gaiety;
– The pleasure;
– The anticipation.

Stopping (and not just decreasing) sometimes would allow to observe if yes or not you are addict. If withdrawal symptoms appeared, it would reveal the gravity of the problem and should encourage you to stop it for good.

Profits will be worth it : when they stop, subjects feel more energetic, sociable, joyful : it will strongly contribute to boost your REAL sexual life. It is all the same better than a VIRTUAL sexual life! Brain will relaunch little by little its normal production of dopamine but it will be necessary to wait longer to get rid of the habit itself. If it can make you feel better, there will be no effect on your production of testosterone. Slow down (not you girls :p) !

previousThe movie Top Gun can teach you stuff about seduction
nextWhat is a HB10 ?

How to feel better ?

Sometimes we get a little slack. After a rejection, a breakup or afternothing special (it happens sometimes, it’s just like that…) So here are 10…

Read More »How to feel better ?

Many guys see bodybuilding as a way to fuck girls. Many men try this way to become more beautiful and to have a better sex…