For an “average” man, access to women and sex is difficult. For women, finding a good sexual partner is rare. Today, the trivialization of sex and the extraordinary models that we find everywhere impels us to see as normal relations that are more and more assumed and unbridled and, even more, to imagine that it is easy to find sexual partners. Between what we are told and reality, we are almost all driven to feel a great lack and a devaluation of our intimate life. Many men and women live in what I call “sexual misery”. I am not talking here about the love misery (even if one can be in a couple and have a shitty sex life) but really of sexual misery.

However, this affective reality is ignored by many people because it is a taboo. It is taboo because men have to show a social image of a strong man who does not reveal his sufferings nor his weaknesses, even of a Don Juan who never has any problem with women. It is also a taboo because a woman who would admit having trouble finding a guy who fuck her well would be labeled “whore” or “nymphomaniac”. More generally, it would mean crying out in front of the world: “I’m not fuckable!”. Even if people think it, people keep it for themselves.

Some artists, however, dare to speak of this phenomenon, but they are immediately labeled losers by the politically correct people and the one-track thinking. I find it unfair because their honesty allows other people to be reassured and less ashamed. If you are interested in this, I advise you to read Houellebecq and/or listen to the first songs of Orelsan.

Me, I will show you that sexual misery exists, explain the causes and propose a solution.

First of all, the facts are alarming:

In itself, the figure would not be a problem if people were satisfied in bed. But this is not the case at all, as the rest of the study shows.

Moreover, according to an IFOP survey (2015), the French women would be “the last ones in the race to orgasm!”

49% of French women admit having “fairly regular” difficulties in reaching orgasm, the highest level of all countries where investigations were carried out during the survey.

37% of French women have orgasmed “at least once a week” in the last three months, the lowest proportion observed in the countries surveyed in Western Europe and North America.

52% of French women report having “often” orgasmed with a partner during their lifetime, a rate well below the one measured in other Western countries.

31% of French women simulate “orgasm fairly regularly” with their partner, the highest level observed in Western Europe and North America.

25% of French women did not have an orgasm during their last intercourse, a record proportion in Europe. 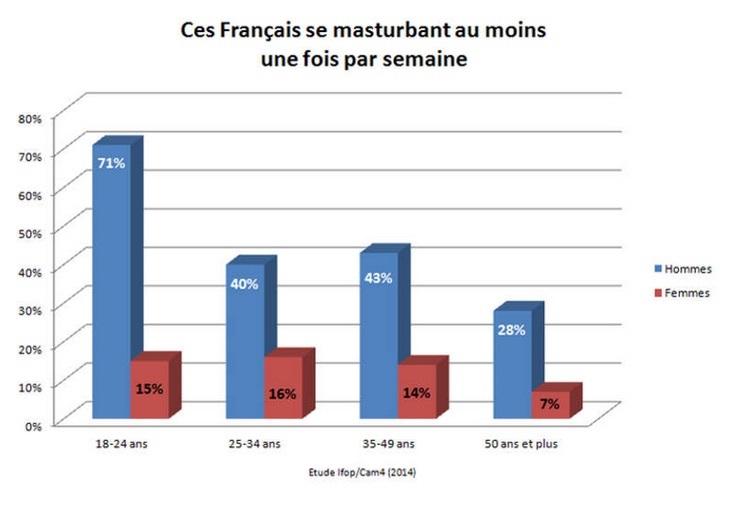 Be careful, I do not give you these figures to justify the unjustifiable (rapes, harassment) but only to make you aware of the reality of facts, the hypersexualization of the French population is only an illusion, it’s not the reality of ordinary mortal… maybe for a privileged few but that’s it!

What are the causes of sexual misery?

In the “normal” nightclubs (I do not voluntarily speak of “trendy” clubs because you have to pay a fortune for going there so the guys who go there belong to a privileged category), there are about 1 girl for 9 Guys: a normal guy is going back come alone almost every time.

The dating websites and applications of remain an effective solution to remedy the sexual misery. But the thing is, dating apps and sites are designed for women (often free for them and paying for guys like many clubs) in order to bring them in because it is known that if there are girl, guys will come (the opposite is not necessarily true except for Abercrombie and Fitch). Moreover, they are very solicited on these sites whereas for a guy it is difficult to get one simple answer. These are two different realities. 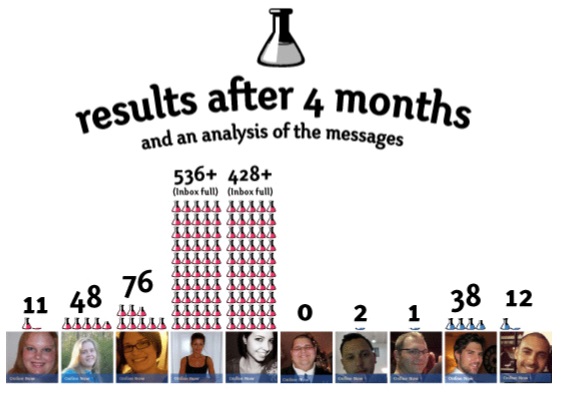 In this study by OKcupid (that I analyze in The Basics of Seduction), we see that the supposedly most beautiful guy received as much message as the supposedly ugliest girl.

Picking up in public places, like in the street, it’s often stigmatized. Society calls those guys suckers, sex-starved, stalkers, and so on. The extreme feminism that we are undergoing today has no doubt its share of responsibility in the situation of sexual misery because it makes people who like to pick-up or to be picked-up feel guilty. Moreover, more and more men are turning to the countries of the East and the Asian countries to find less demanding, less bicky, less complicated women than the French ones (I am not saying that all French women are Princesses because there is everything everywhere but it’s widespread here).

Finally, a “normal” guy has very few opportunities to meet women through his social circle (and even less if he works in an office).

The solutions I propose?

It is not easy to find a solution to a problem when it is taboo, opposed to a gender identity and is societal. However, from the moment you accept, or even assume that there is a problem, then it becomes possible to solve it.

The game can easily teach you how to date and avoid committing the main mistakes that scare women off. You also have to accept that you are a guy with sexual desires because I observe that more and more men thought it is smart to play the sexually preserving gentlemen… all this for being thought of as nice guys… in order to fuck the women! It’s a bit dishonest and I agree with the women who are suspicious of these fake poets. Especially as more and more women stop playing the prudes and imitate their idols (Beyonce, Rihana, Nikie Minaje, etc.) and to affirm their freedom, their independence, provoke by crying loud and clear that they are whores… and proud of it (but watch out acts rarely follow the lyrics).

The community of seduction says it very rarely and it is a shame but it must be remembered that penetrating a woman is not an end in itself, it is important to satisfy her!

On the other side of the mirror, innumerable women undergo poor male sexuality, almost without interest for their pleasure. What is not very motivating, that’s why a lot of women declare that sex without love has no interest: they have probably never been really well fucked! So it’s going to take a bit of a challenge for the guys to become great legs. If babes were almost sure to orgasm like crazy, they would do less fuss about going to bed.

I find it a pity that many of my contemporaries love going out in a club, brag about drinking alcohol and everything (which is bad for health) but say they have not interest in sex (which is good for health and self-esteem) or even denigrate it. People really need to learn how to think for themselves!

Besides, it would be nice for the girls to stop thinking all the guys who want to seduce women are losers, because when it happens it makes me laugh in my beard. The girl are often suspicious, naughty and everything, sometimes allows derogatory reflections, before going to bed… whereas after sex, they call me back almost every time and beg me to fuck them again. Too often, instead of enjoying that some men are interested in them, women play it bitchy and think the men who approaches are desperate sex-starved who would fuck anyone… what is discouraging, let’s admit it! Where is the respect ???

In conclusion, there is a job of re-education of guys to do. But chicks also are going the wrong way and it shows that most are frustrated (even if they will pretend it’s not the case to preserve their social image) then they will have to make efforts too. For the common good!

previousHow to make someone fall in love?
nextTeaser : Diary of a French PUA