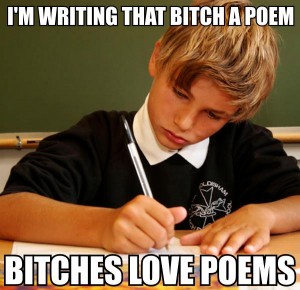 Very Bad Trip night yesterday. This is for living such crazy adventures that I am a player, I guess… Flashback !

Everything started with a battle of pokes on FB during several weeks, then this chick who smells sex sent me « we send poke all life long or we meet ? ». She sent her phone number, then we talked about more sexual things. She has a strong personality, her eyes can open your « fly » and especially she sends me naked photos of her for a week. Well, needs to say that I a little pushed her but she was not against. I negotiated her coming in my humble bachelor pad on Saturday, to celebrate with dignity my birthday. I had not warned her that there would be only she and I.

By arriving at about 9 pm (First real meeting) she said « My father told me: my daughter have fun! But do not leave any proof. » I wondered if she was going to kill me later or whatever but well … I’m just a man, the call of the pussy is powerful and she began to serve the téquila (she took me by the feelings). We made shooters in cups except that mine was twice as big as her. Salt, lemon… one, two, three.

Then I switched off the light and the computer crashed. We were suddenly plunged into the darkness. She made me shooters like in projects X by asking me to lick her neck, to put some salt there and to lick her then to drink the shot and come taking the lemon in her mouth. Kissclose. She did the same on me.

Then, she did not stop making me drink shots so that my tongue came on her… in particular on the stomach and everything. I was not necessarily against so I did it. I drank 7 or 8 in one hour and she had drink only something like 3 or 4. She swindled me, I felt it but well I didn’t care. I was excited, I started to undress. I didn’t controlled myself anymore, I was an animal, I became more and more sexual…

I have not too much memories from this moment, I know that I wrote messages to the captain with a lot of spelling mistakes. « You did no screw her yet?
Nnnnnnnnnnnnnnnnnnnnn » or something like this… I saw fuzzy there, everything turned. My vision became strange, like moved towards the right. She led me in my bedroom, and gave me a handjob while everything turned. Then, I fucked her. I remained a moment lengthened on the bed then I pretended to go drinking water to the faucet and I took advantage of it to vomit discreetly. A long time since last time I did. « Done : I fucked her and I vomited.
– Fucking wreck » sent me the captain. It was approximately midnight.

She refused to suck my dick by pleading that it was necessary to keep new ideas for the next week. Cool except that I do not plan to fuck her again: I have two or three fresh targets in my party and I hate blackmail thus I am going to punish her. If she had sucked me like a queen, in this case, yes, we would probably have done it again!

I lengthened on the bed one moment, then she started another handjob and I fucked her again. I got up to really fetch to drink and I didn’t understand what happened: it was already 5 am. We had slept well but frankly I had got nothing. I had a message missed from Pauline the posh working girl who had sent me her good night and who moreover was hurt today that I did not answer to her. And Beautiful Name wished me happy birthday at midnight sharp I believe. Any hope is not thus lost with her even if I have the cock on fire then at the moment I don’t care.

She slept at my place and we fucked again this morning. That crazy psycho wanted to finish the tequila for breakfast, I refused (1/8 of the bottle). She is really crazy, a furious Italian mixed with a Corsican or I do not know what. Her father looks rich, I know that they own several buildings in Aix. In brief, she contacted me again in the afternoon, thus she had probably appreciate the sex. Her little pussy was comfortable by the way, really wet, even if I thought at times of other girls by taking her. It is human… Or it is the alcohol.

The bottle line is that she got me drunk to be sure to enjoy my dick. She probably had not enough confidence to have sex with a stranger without alcohol in the blood. Not good for her.

previousEven if they drop-dead want to kiss you, they feel better with making a little resistance
nextHow to easily kiss 12 girls in only one night out