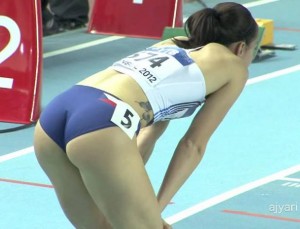 Warning: I want to write a message of hope, for a change.

When I go out, I often hear guys just arrived in the bar saying « there is nothing to do here we should leave » or « look at them, they’re all ugly », etc. One must be wary of hasty generalizations (besides the fact that they are often only excuses because these guys are scared to approach: their embarrassment and their internal contradiction between the desire of making out and the fear of approaching are expressed like that). Hell yeah, A HB6 can finally have more value than one 9. Hell no, by Toutatis, the sky didn’t fall over my head. I develop.

Goffman, American sociologist, wrote the following hypothesis « people try to show a version of themselves that will be accepted by their immediate interlocutors». The social relationships of the everyday life are thus biased. They are a permanent negotiation between a “SOCIAL ME” (stable/codified) and a “I” (spontaneous/singular).

It is in this “I” that everybody has something to offer to the others, because the “SOCIAL ME” is extremely conformist (responsible for social pressure). Everybody having his story, if we activate the good levers, we can find some value in every human being (and even in every being).

It does not mean for all this that you should respect no social convention to be interesting. If you want to surpass or to dispute them effectively, you have to know them and master them… otherwise you would become an eccentric who criticizes everything to feel powerful but proposes nothing better. By ease! I know a lot of people like that !

In brief, the world that surrounds us is a perpetual compromise between social rules on one hand and authentic expression of our personality on the other one. It is thus necessary to learn to see beyond the social mask of people, it is necessary to be able to make them comfortable, to have access to their “I”. There is even a lot who need excuses, like “I’m drunk” to dare to let their “I” expressing. To succeed durably in the Game, it is necessary to understand all this.

THE “SOCIAL ME” : PREDICTABLE AND CONVENTIONAL

Some will fall on their ass (the others are already sit on a chair) but yeah, I dare to say it : people, in society, wear masks. We do not always really talk to THEM.

Example: an alcoholic teacher will not go to a bar where he could meet his pupils: he does not want to mix his roles. On the other hand, at school, he wears a shirt, looks confident, uses complicated Latin terms and put on his desk books that he had not really read in reality. Because we speak about that, know that a simple suit or a uniform can be enough to establish an illegitimate authority. Swindlers often do that, moreover. You should know that!

Fortunately, or unfortunately, certain barriers are about to break. I’m thinking in particular of this President who says he is « normal ». What’s the point ? By definition we can hope that our president is not an average guy. I also think of the clothing style cooler than before on the workplace in most of the companies. Private character and professional character are thus less and less different: for better or for worse?

To be noted, we all are more or less a character… if we always were our “deep and wild self”, it would be an huge mess out there! So when I read on blogs (officially serious and wellthinking), that to seduce, it is enough to be “yourself”, I am laughing out loud: you’ve understood now that it strictly means nothing!

THE “I” : UNIQUE AND AUTHENTIC

For those who know Eric Berne and his Transactional Analysis, I’m talking here about the Free Child. This spontaneous, independent and original part of us… It is interesting to learn how to reveal it to add some whim to your Game. To improve in this domain, it can be interesting to practice automatic writing or theatrical improvisation…

Reconciling our “SOCIAL ME” and our “I” in a harmonious way is a delicate balance. Too much of the first one and you would be really tight-ass, too much of the second and you would be too eccentric. There is also the problem of jealous persons who do not dare to go out of their comfort zone and who criticize those who try to improve. A lot of confidence is thus needed to move forward in life. Courage !

Monsters have always existed and will always exist, it is a fact: but even them are necessary for the world balance of power (some philosophies recognize it). We can also be a monster without knowing it. Just by obeying orders or by turning a blind eye to certain behavior. Between judge and executioner, the border is sometimes very thin. Edmund Burke moreover wrote that « All that is necessary for the triumph of evil is that good men do nothing. ».

Bad people benefit from the complicity of the sheeps who let people be manhandled by being very satisfied because they are not the target. There are also those who do nothing. There are finally those who dare to rebel. In brief, every human being has some value, has a utility, in his way. Even if this utility is just to be workforce.

And then, we can be surprised, indeed you never can tell who will help you. Personally, I am the altruistic kind, I have already helped people without reason just like that… And I noticed that they did not really expect it. Thus I advise you to do not spit your poison at people just because you underwent a contrariety during the day. That would be unfair ! Conversely, I was betrayed numerous times by people who were important for me and for whom I had made enormous efforts. I also had the bad role sometimes… The wheel turns!

Wonder about yourself, about the others, about your acts, about their acts, about the standard. We will so maybe avoid the next Hitler. Sorry, but there will be no day off in your quest of a better yourself. And if we want to make the world better, I know that it is sometimes disheartening, but we are going to have to begin with improving ourselves.

Between what people are and what people appear, there is an abyss. Classifying a person in the category of the “assholes”, the “losers” or the “misfits” without knowing him/her can really be an huge mistake (I nevertheless often hear that). What I write is not politically correct stuff… but wisdom. We reject by ease sometimes.

If I declare that everyone has an intrinsic human value equal to mine. Then no more judgment can affect me, I will be freed: I can indifferently hang out with the most powerful and the most humble. It is an interesting concept, even if we talk about human value, it is necessary to subtract other things (like being mean or stupid). But what I mean it’s that nobody is fundamentally uninteresting for everybody in fact. So there is hope for all of us : we are so numerous that everybody can match with people!

Let’s establish more authentic, warm and sincere relationships. Between two Free Children. Let’s pay less attention to protection and let’s give way to intimacy. Everybody has his short story to be told, his stone to be added to the building of our lives! Maybe it will help one day… The most beautiful meetings can be the most unexpected, on the Internet thanks to a poke or even in the street. Let’s be open-minded! We will this way more often cross the stage of the “nice guy” (social mask often).

You can have a crush on the charm on this girl after speaking to her while you would not even have noticed her if you had not forced to grant an equal importance to everybody (because she was not in make-up/high heels mode today). Watch out, I am not suggesting you to have sex with an ugly girl to see at the bottom of her vagina if you would not find her internal beauty…

Roughly, you cannot predict the character of a person in the twinkling of an eye. Then I agree that there is a lot of idiots out there, but at least be sure before classifying people in such a category otherwise you will finish alone & embittered. Also, before criticizing, look where you are, you, in your life there.

Some criticize people who smoke, drink, take drugs, play no sport, go out or not in clubs, read magazines celebrity or I don’t know what else… Fuck, we don’t care ! Everybody lives his/her life and life is sometimes some shit then one needs “things” to move on. Let’s help and love each other, it will maybe be easier for everybody rather than always criticizing and telling lousy gossip.

This reflex of always criticizing and speaking ill to feel better (or for living by proxy) is something rather common, in my family like in my social circle but that puts me ill-at-ease. Why not accepting (or nexting) people as they are and be done with it? If they want to improve : good for them, otherwise it doesn’t matter, but it does not belong to you to decide on it for them.

Go out of the herd (and I even speak here about the herd of the amateur eccentrics of plot theories)… Stop taking everybody for idiots. You would become crazy. The world is not that ugly. Learn how to see farther than the end of your nose. If you never doubt anything, then you must be really stupid (but at least I hope that it makes you happy: I would like to have this luck).

All those words to say, when you go out, approach (especially if you went out on that purpose)! Be coherent! Be sincere with yourself !

previousThe 6th girl in 6 days
nextI had Lyon for breakfast