Solutions to premature ejaculation and how to control your ejaculation

So that a girl likes having sex with you, she must have enough time to enjoy. We will talk today about the solutions to premature ejaculation, about what attitude to adopt (for the man like for the woman) if you find yourself in this situation and about ejaculatory control.

Very few people talk about their problems with their cock because it’s a taboo subject, directly related to our pride as a man… and yet it’s very important! If you are early or you do not last enough to your taste, I will suggest some solutions. In any case, know that the average time of a penetration is between 5 and 7 minutes (it varies according to the studies that were conducted).

– try to play on your breath to calm down your body and prevent the whole mechanism from racing;
– I have never tried condoms special for premature ejaculators so I cannot talk about it;
– warn the girl you are going to orgasm, it can help to de-dramatize and therefore paradoxically sometimes to last longer;
– take breaks: when you feel that you are approaching the point of no return (the moment when ejaculation is inevitable), let yourself go down. While you “save time”, you can continue to stimulate her with your fingers or your tongue (to release the pressure without destroying the atmosphere). Then you can take her again for a little while! ;
– focus your attention on something other than her ass: for example by pinching an ear or buttocks or thinking of something not horny at all (like your grandmother naked). That said, I am not really fan of this technique because I find it is still a pity to don’t appreciate what we have before the eyes when it is a pretty naked and wild girl;
– fuck in positions that put your body in physical difficulty (we ejaculate more easily in missionary/doggy style than in acrobatic positions like when we are back to a wall and we carry the girl);
– you can delay the cumshot by pressing the point to a million dollars, pulling on the scrotum, compressing the tip of the penis or just using your mind to exert this compression;

– finally, you can tie a knot with your cock (no, do not try I was joking). 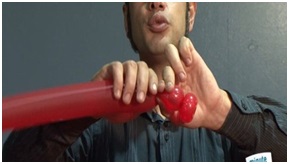 If ever you come too quickly, communicate to reduce the tensions due to discomfort! Reassure the girl by saying that you will take care of her during the second round. You can also lick her or finger her G-sport/her deep spot, so you have time to reload.

The best are the understanding babes who do not make derogatory comments (it can happen to everyone and we would like to see them there) and wait a few minutes that the guy get hard again without putting pressure on him (that would be counterproductive). Do not say “oh I do not understand it’s the first time” (even if it’s true) because it’s a cliché! To get hard again faster, recharge your batterie if you need to (eat, drink, take a shower), do not hesitate to touch yourself a bit, think of exciting things you want to do to the chick and/or you want her to do to you.

What if I told you now that orgasm and ejaculation are not necessarily linked? Yes, it is possible to orgasm by keeping your erection and without ejaculating! This has the potential to make a man become multi-orgasmic (like women are who  can often have several orgasms one just after the other).

I know well that popular belief is that ejaculation = orgasm. But, in fact, orgasm is triggered in the brain while ejaculation is only the consequence of a physical reflex. And, like any reflex, one can learn to control it. I have already lived this kind of experiments and I have a friend who uses this technique: it does not work every time for him, but it works most of the time and it is impressive. Sex sessions invigorate him instead of tiring him. 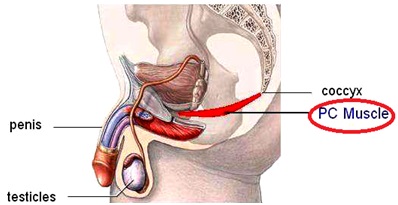 – when you are reaching the point of no return, contract as much as you can your PC muscle for 10 seconds and open your eyes;
– breathe deeply then resume your movements back and forth. Your body will then reach orgasm but you won’t ejaculate (if you have succeeded).

If you want a list of exercises to train yourself to become multi-orgasmic and more explanations about ejaculatory control, I suggest you read:
– The Multi-Orgasmic Man, Mantak Chia & Doublas A. Arava
– How to make love all night, Barbara Keesling

As always, do not forget that we are all different and that it is up to you to experiment until you find what works for you.

To conclude, ejaculation is not always synonymous with orgasm. Especially in case of premature ejaculation, the man suffers as much as his partner. It is not a matter of egoism: the less understanding a woman will be with man, the less he will be able to satisfy her. On the other hand, this does not mean that men are exempt from seeking solutions to their problem, for a better harmony in their relationships.

previousShe blindfolded me and tied my hands
nextI love having mistresses !