The best time to kiss a girl 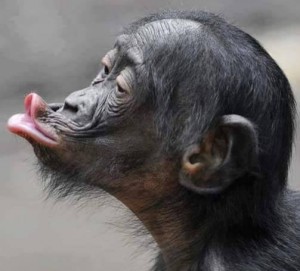 “When should I kiss the girl?”… Have you got others shitty questions like that?

A major problem when we want to kiss a girl, but we don’t dare, is that we let our inner monologue govern us. Do not cut off from your feelings because of doubts and other questions. Our feeling should be our guide.

Our emotions are indicators of what is happening inside of us BUT ALSO are the keys to understand the person in front of us. We must let ourselves go a minimum to feel a little desire (which is contagious). And to do not get eaten by the pressure that we often put on ourselves unnecessarily.

It is better to go there with a clear idea of what you expect from the interaction : a good time with one or more pretty chicks, and don’t forget to create conditions conducive to flirt intimacy. Everything else will flow from that.

FUNDAMENTAL POINT – Once isolated with a girl: did she made you want to kiss her? It matters, that, too. You’re not so desperate that kissing any girl is a goal in itself, right? Kissing, it’s nothing seriously. If you are still counting the number of chicks you have kissed, then you are far awayyyyyyyyyyyy in your game. (Desecrate the kissclose please). Seriously, it’s good to go on a date with the idea, the objective to make out with her, but if in the meantime she shows she doesn’t deserve you it’s better to abandon the mission (if you’re sure that you’re not inventing false excuses to duck). Just as one begins his day with what pisses him off the most, you end your date with what requires the greatest effort.

Wonder for example :
Are you both in a bubble off of the world? => YES? KISSCLOSE.
Is the tone of her voice soft? Is it becoming even softer? => YES? KISSCLOSE.
How does she react to innuendo? Compliments? => OK? KISSCLOSE.
Instead, does she try to avoid proximity and why? Does she seems distracted or elsewhere? => Warning! (but it costs nothing to try anyway, but perhaps it is better calibrate and wait until later). Do not confuse speed with haste.

If you miss scoring chances, do not cut your veins. We all miss some. We all had a chance to initiate a first kiss but yet we did not. With or without having invented false excuses, either. However, let’s not kill ourselves and do not spend our time regretting the past. Let’s rather and seize the next opportune moment. Unfortunately, we remember more the negative than the positive, but if she gives a sign of disinterest interest for 10 signs it’s good nonetheless. It’s worth a try!

Do your eyes fall on the contour of her lips? Do you perceive in her a palpable disorder. A heat wave travels you. Damn: what is stopping you from taking a step toward her, moving a hand behind her neck and approaching your own lips? You are not even really listening to her now. The seconds pass, as long centuries.

If you did not kiss, you can have fun and recreate that magical moment. Or at least, the same conditions. Like “do you remember, earlier? We talked about […] and I felt […] I stopped listening to you, I do not know if you felt the same. I couldn’t take my eyes off of your bright eyes, your pretty lips and I wanted to”………………………… kissclose. Or, “earlier you maybe felt I really wanted to do that” ………………………………. kissclose.

Speak slowly and maintain her eye contact while doing that. Normally, if she wanted you 5 minutes before, she still wants. I say NORMALLY because they are people who are blocked by those guys “who did not have the balls to try”. But hey, in Top Gun, Tom Cruise purposely gets close of his target without trying to kiss her just to bring up sexual tension, and it works well, but he did it with a a playful and confident face. So never let her think you’re not in control nor confident.

BUT IF she refuses my kiss? The fear of embarrassment that would follow a refusal petrifies most men. It is the phobia to end up helpless without knowing where to hide or what to do nor say to regain capacity and credibility that often prevents men from giving it a try. The guys start by thinking about consequences, fuck who saw us? And to who will she tell it, this whore? They will laugh at me (or other paranoid delusions).

Detach yourself from it, guys. It happens to everyone… at least to those who have the balls to take action. BE PROUD BECAUSE YOU’VE TRIED YOUR LUCK (AND HERS)! It’s really more exhilarating than having tried nothing and coming back home with regrets in the pockets!

Why not just smiling at rejection, after all? Why not asking her if it had already happened to her and why? Most girls would like to kiss the first one but are scared to get rejected. So: they say that it is the role of the man to do so. So why not challenging her, “Listen if you want later, it will be your turn to try to kiss me, and maybe you’ll see how you feel when you try to kiss someone who likes it… you feel like high ! It gives you a crazy energy! ”

(Take of course the ideas but change the words, I typed it as it came.)

The reaction to the rejection is paramount. Any PUA will tell you that. I speak well about it in The inconvenient truth about gender relations : for some women, rejecting you once is a test, and they will accept later if you do not get cold feet nor insult her, don’t call her “bitch”.

I think flirting is an act of cooperation. I do not like the girls who play the “man” and like confrontation. I prefer it to be played by the two of us and that we go together until the orgasm, each one making an effort. I understand the shit-tests and tolerate them if they are not excessive but after it pisses me off and I have the impression that the girl is trying to find excuses to avoid spending a good time. I think the bitches who are waiting for me to do all the work or play it like a princess while they are not Kate Middleton do not deserve me. I love the girls who have will and strength of character.

In a nutshell: let’s not forget to be present in the moment in order to pay attention to the little signs that reveal an invitation. Then, only remains to pick the ripe fruit (I speak of course of her apricot).

Let’s trust ourselves. Let’s abandon ourselves to our feelings rather than construct disaster-scenarios. I like kissing chicks anytime too, even when they expect it the least. I find it funny (game rather than issue). And there are people who cannot show their interest or are too shy/tight-ass to do so. I would say: the best time to kiss a girl is when you feel like it.

A good kiss with sexual tension can even make you hard. Especially if you fiddle her in the same time. If you’re hard, it’s okay, I think she will be flattered! I talk about how to kiss in the manual of the good lover, and in this article too.

Go now, and do not forget to tease her: that tough love.

2 thoughts on “The best time to kiss a girl”