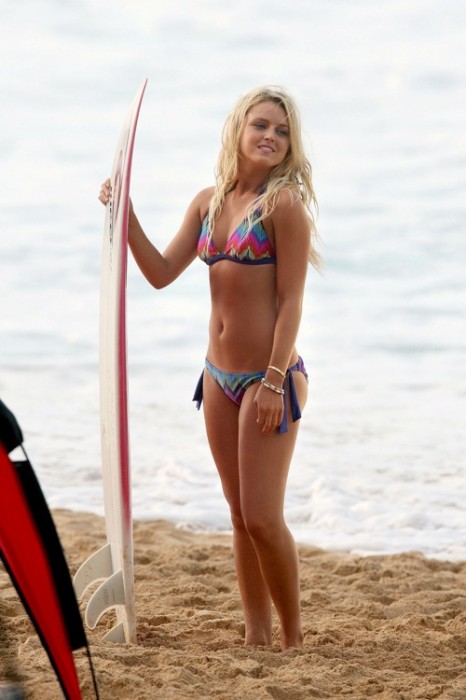 I fucked a blond surfer

I sent the last chance message (see Secrets for seducing on the Internet) to a few girls on Tinder, just to test if it would work as well as on Adopte. And… it worked!

One of the girls who had ignored me so far, FINALLY replied “The truth is that I have suffered as a result of my separation or I am suffering, it depends on the days and I stupidly believed that Tinder would change my mind but after a few dates, I did not want to continue. Well, I do not like the principle frankly, even though I met some interesting people.”

What I told her (with all the tact that characterizes me): “It’s not my fault if you only fell on losers :)
– That’s not what I said;) they were interesting people, but I was tired of the principle
– Good and you’re going to try it one more time or not?
– Well a priori if I’m speaking to you, it is not to no longer answer you (even if you could say that it would just be one more time… sorry for that by the way)
– Do not worry, most of the chicks have a fingerache after answering Tinder once or twice so I do not blame you. I would be delighted to give you faith in our sex.”

I re-attacked directly by asking for her FB. Well yeah, I was not going to stay on Tinder when I knew she was connecting every 36th of the month.

Direct game as a reopen: “Maybe it will be easier to seduce you here :)” She replied “actually it will”. So she accepted the frame that we were flirting. We then chatted the whole evening: that’s when I learned that she was living with two rats, just before falling asleep by watching the season 2 of True Detective.

Since there was feeling, we decided to meet up last night, in a neutral place (it’s not my thing but we should always beat the iron while it is hot). So I went to have a drink with a girl in town…

She made me discover an English pub next to Bellecour. We did not talk about sex much on the spot. Seriously, I “got to know her”. Around 10:30 pm, I said, “What do you wanna do?
– I do not know.
– Come on, come on, you’ll decide on the road.” She told me she had back pain, and wanted a massage. The difference between PRETEXT and EXCUSE was discussed. I did not say I would do that. I said “we’ll see.”

We took the subway, then she made an observation “if I wanted to go home I would go down there…” but she did not. So we ended up at my place. Once in the place to be, she told me “I do not know how to start.” It made me smile, that non-aggressive shyness. I took her in my arms then I started troking her clit with the index finger. I understood why she had hesitated to come back with me when she apologized for not being freshly shaved “sorry usually it’s better kept than that”: yet it was nice, there were regrowth, but hey, I saw worse in my career!

At first, she told me I was pressing her too hard on the clitoris, that I should just touching it. After a while, I could finally press a little more without hurting her. Usually, it is the opposite with chicks, but well. So I licked her then. She enjoyed after a quarter of an hour then thanked me for that. I asked her how she wanted to make love, she just replied “I love everything”. I heard “I know nothing”. It was the image of the whole session of sex: she took no initiative and was passive from A to Z. The kisses were timid too, yet she is my age, fuck. I hardly felt her little tongue when we kissed and she did not dare sucking me.

Well, she had few experiences, I guess. But she is kinda hot otherwise, although short: pretty tits and not bad ass. Besides, she told me she likes doggy style, so I put her on all fours directly after her orgasm and fucked her kinda selfishly. I admired her thin waist and herass of blonde surfer during sex. Must say that she has traveled a lot and surfed in a lot of places from Sanary, to Australia, and the States. She comes from Cannes but now lives in Lyon for work.

Physically, she makes me think a little about the body painting girl. That’s probably why I had a crush on her, and I left my place to face this cold polar and went having a drink in a bar just for fucking her.

Finally, she told me that the other guys she had fucked since the end of her last serious relationship were all weird: either they did not get hard or they did not ejaculate. She found it very frustrating. And the worst is that after about a month and a half of a sexfriend relationship, they all told her they wanted a “couple.” That of course made her flee (she comes out of two relationships of several years so I understand…)

After, I gave her a massage and she fell asleep: it was cute! We went to bed at more than one o’clock in the morning. It’s hard, because this morning I had to go to work, like every day: tax period and everything. I am progressing quite technically, I have made assessments on my own. Fortunately, my co-worker told me that we don’t give a shit about these balance sheets: we do what we can, I train, he does not let himself be exploited and if the boss is not happy, he can hire enough employees to do the job in good conditions. We will not spoil our health so that this asshole gets rich a tour expense. Then, with my experience of a tax period, I plan to change my boss, go to a place with real means and be better paid. Before, I fucked chicks to get some experience… now I fuck my boss to get some experience.

Last thing, I spend more and more time with the teacher (my darling of the moment) and it’s very cool (we do couple things and I like that, fuck). But then, the Russian has recontacted her and she is going to fuck her all by herself. She wants to be solo to take revenge for the time when I let her leave in order to fuck the russian girl alone. But actually, it turns me on! Besides, I had told her that if it was with a girl, I tolerated that she would sleep elsewhere. I take the bets they will call me so that I fuck them after having had fun together. But unluckily for them, this WE my parents are coming and stay until my birthday. On the other hand, what better than an orgy for Valentine’s Day? I’m stuck somewhere between jealousy and hard cock.