The concept of frame & seduction 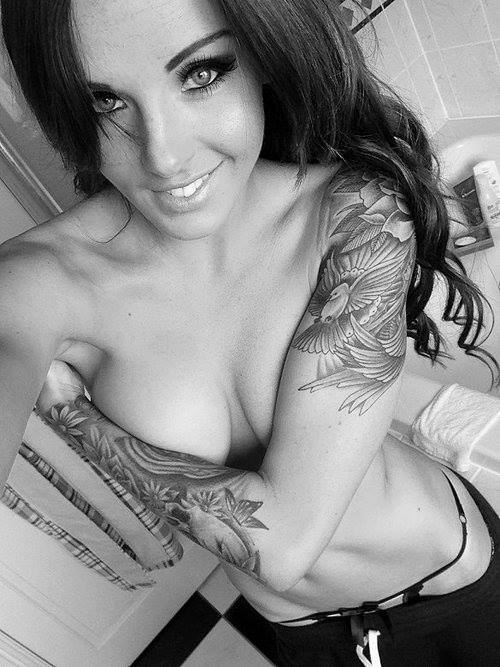 The concept of frame (frame), what is it?

Let’s start with a simple definition: the frame can be defined as the set of mental conditions that give direction to everything that happens in an interaction.

The frame is, literally, the general framework of interaction: this is the reality as it is apprehended by the communicators involved.

It is a concept of communication in the wide sense, not just something to pick up chicks.

The trick is to reinterpret the meaning of what the other says to turn it to our advantage. “I will not sleep with you tonight (do not want to look like an easy girl)
– Are you afraid to reach a too powerful orgasm ?”

The principle of outframing is to change the course of the discussion by taking height. “You’re a stranger, we are not going to sleep together so fast
– Really ? Isn’t it exactly very exciting to have sex with a stranger? ”

The purpose of placing a good frame in the interaction

The frame will cause thoughts that will cause a result. In fact, the power of the frame comes from the creation of new thoughts, new ways of seeing things, which produces a result.

I prefer communicating that “having sex is normal and natural” rather than “only the big whores fuck on the first ate.” In my reality, the woman wins as much or more than me when she sleeps with me… so she must deserve sex as much as me. This frame is strong, and it prevents me from being a patsy. But I cannot say it point blank to a woman, it would not be credible, although it is reality. MY reality.

The goal of this method is to train yourself to see things as it suits you without becoming blind and to share your world with the girl you like.

The redefinition 1 make her notice that if I wanted to do X with the meaning she assumes  my action (my X) would have been rather like this (reframe). “If I wanted to pick you up, you’d already know it, I would rather kiss you.” Kissclose.

The redefinition 2 is to informally recognize our action (X) but we redefine the meaning of it (the Y). “Yes I have approached you, but that’s not why it’s beforehand won for you. ”

The redefinition 2 is to question what she has just concluded (Z) : make it look ridicule or turn it toyour advantage. “Because I paid you a drink to kiss you, you think I’m a patsy? I I did because you deserve it with your good conversation. ”

We can :
– Discredit what she said by claiming that she does not even believe herself what she says (for example by making them aware that they like you) ;
– Affirm the girl uses a shit-test only because she has a naughty intention in her mind (it is playful and allows to reverse the situation);
– Ask if she tests you because she likes you and hopes to sleep with you if you are not a patsy (curveball). ;
– Just ignore when she says things that are not going in the right direction (but careful with that one you should not imagine things anyway … just ignore her fucking headaches and internal dilemmas).

One can also try to impose some form of framework in the interaction to influence or at least to make things easier. “Will you come to my place tomorrow or on Friday night?” Will be more successful than“do you want to meet again one day? “

But hey, that’s pure and simple communication. Almost marketing. Work out your split, your puns and your innuendos! ;)

The frame can be verbal or non-verbal, real or just perceived. In this sense, everyone can impose a frame. For example, a girl who says she only wants a serious relationship: you can now invite her to reconsider things. Btw, if you read my blog, you know all the arguments in favor of “carpe diem“.

Where things get complicated is when women will try to impose their frames to see if they can get all of you (basically I don’t want them to eat your arm when you give them your hand).

If, for example, you approach a girl in a bar and she tells you after five minutes “Are you flirting with me? You pay me a drink? “Here she involves things that lead to the conclusion that she is the price in the interaction.

In a case like this where you lose control of the interaction, a reframing or outframing seem necessary. For example, “You’d love that I try to seduce you, right?
– Yes
– So why do you need me to buy you a drink? ” or “no
– Then why have you still your face so close to mine? (No need to attack her immediately, saying that she is a venal girl it depends on her answer but that risks to block her.) ”

Once upon a time, a girl approached me to ask me a cigarette. I said, “you took me for a âtsy or something? Find yourself a cigarette and come back picking me up without excuse if you want it. “She came back and I picked her up. This is the strongest frame that theoretically leads to the result. It is more difficult when there’s two stubborn persons. You have to be a little bit more flexible in this case!

Having a strong frame, is precisely defining yourself, knowing what you want and what you do not want. Normally, our frames naturally merge with your own identity because they logically come from it when you are in tune with yourself. If you’re not naturally capable to enough affirm yourself, fake it until it becomes natural.

The problem of too strong reframing is that you would start a conflict, and it could block her. We must deal with you sympathy capital too.

The problem is that it can sometimes upset the chicks to be reframed. Or it could make sound the “alert inconsistency” in their minds if they are very conditionned. In the first case, be understanding if you’ve really been too aggressive with your words. In the second case, there’s not much to do…

Personally, I prefer to jump in it quickly to see if my frame is accepted by the chick. If it is not, I try to convince her. Otherwise, bye bye!

That said, in a closed circle like in high school, in a promo, or in a sports club, I think it is better to more take your time, to be more “civilized” and more subtle.

But against in NPU, SPU or online with unknown, no more excuses for not jumping into the crowd (it’s a metaphor) !!! And interactions should not last 1000 years or you risk the Friendzone the weariness and oblivion.

This argument shows us once again that communication is at the heart of seduction (and of many other areas). My advice: read books to better communicate and it will tremendously help you in life!