The concept of reality in seduction 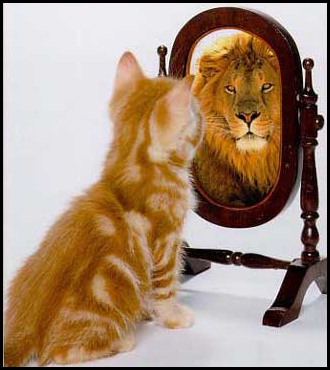 We will talk today about the concepts of “reality” and ” frames control,” applied to seduction.

These notions are fuzzy, so we’ll try to make them clearer. This is important because assimilating them helps to understand the complexity of the world around us: these are concepts of communication at large, not just pick up stuff.

It is important first to understand that reality exists, but that each person sees it differently: each of us has a different and subjective representation of it. Edgar Morin speaks of “cooperation from the outside world and our mind to build reality.”

In Neuro-Linguistic Programming, it is said that “the map” (our representation of reality) is not “the territory” (absolute reality). The reality of a person consists of beliefs and rules. Our representation of reality is the card that allows us to locate ourselves in the world. You should know that if one doesn’t have life one desires it’s probably that one does not use the right map.

Be careful : here we’re talking about strong beliefs, ones that will push us to adopt a lifestyle in agreement with defined values. For example, a good belief that pulls us up would be to say, “I can influence the course of my life at any moment.” In more advanced cases, there is religion or reincarnation. The type that influences our thinking and our behavior. For someone who believes in God, and God is here and helps. Even if ultimately there’s no God (we don’t know), the one who lives with the belief that paradise awaits after death is less afraid of his own end and has a more serene life. It helps so it’s a positive belief.

There are also constructive beliefs that help in seduction eg “any interaction is positive (even rejections) in the sense that it gives some experience”, “it is possible to take the number of a girl in street then to see her again and sleep with ” or “every no moves closer to a yes.”

What will disturb in this article is to understand that, as stated by Obi-Wan Kenobi in Star Wars « many of the truths we cling to depend greatly on our own point of view. »

Our beliefs are not reality but all our beliefs shape our reality. This is why you have to keep an open mind, think for yourself and be tolerant with people who are.

All you do is dictated by your depiction of reality. Your attitude, your reactions, your body language reflect your reality and intensity. Having a strong reality therefore requires having a powerful inner game that is to say, a good mind.

My reality was forged by dint of sleeping with beautiful girls. Now I tell myself that I’m entitled too. The fact that they sleep with me is normal. And I know I am capable of giving orgasms to 99% of girls. This makes me very confident. This is a very positive reality that does not hurt anyone... and even if actually all girls don’t like me (far from it): I’m liked by enough to have a great sex life! Reminds me a line of OSS117: Jean Dujardin takes a rake and the only answer that comes to his mind is “what, you do not like men?”. Indeed, in his reality, a straight girl is inevitably attracted to him.

In addition, having a positive reality like this one helps to seize opportunities. Because we see things through the prism of our reality: when you are not positive, you often miss things because do not see or do not read the right way. On the other hand, when you think that things are possible, it’s a little like if you attracted them. That is why we must always strive to be positive!

If so many guys have seen, with me, their sex life greatly improved… it’s because they have SEEN what is possible to do. And when they began to believe, they behaved so that it also happens to them. (To enlarge your field of possibilities, I recommend you read my Diary of a French PUA where I tell my adventures on the field with girls.)

Warning: Some are so jostled by this reality that they are in denial and become aggressive or reject me.

The alpha male knows that his reality is more important than the reality of an unknown woman, so he sucks her in his reality or kick her out of his life! It’s regularly that one says I’m ugly and I do not know how to pick up a girl… and yet the results are here (reinforcing my reality) so I don’t give a shit about the vision of these girls. It even makes me laugh when I’m in a good mood. I even managed to convince some of the validity of my vision (and after I’ve fucked them).

I have approached the same way many girls : some have loved it, others have hated it. Which ones were right? None, actually. The important thing is that I did not let me down by the gossips and I continued my way by focusing on good results. Hence the need to surround yourself with positive people.

The frame is, literally, the general framework of the interaction: this is the reality as it is apprehended by the communicators. Each interaction has its frame that must show YOUR reality. Watch my other video about frames here…

Reframing is changing this framework: it comes down to see the problem in a different way.

Controling the frame is controling communication : it’s sucking people into your reality. This amounts to direct the conversation and check the direction that it takes. This is very important, in seduction, to don’t let girls suck you into realities as “men must invite women 5 times at the restaurant before bed” or “spanking is degrading.”

I prefer to communicate that “sex is normal and natural” rather than “only whores have sex on the first date.” This frame is strong and avoids me many headaches. But I can not say this loud out to a woman (saying it explicitly communicate some insecurity about it) it would not be credible, although it is reality. MY reality that helps me move forward in life, head high.

Sometimes, of course, my dates go wrong (that is to say, I do not sleep) with girls (about 1/10). But I do not let the bitter taste of defeat depress me because I know it’s just the reality of the girl that did not match with mine. That does not mean I’m “a disgusting big pervert” but “she was a little too afraid of sex and is not ready to get out of her comfort zone” or better yet “she did not seized her chance for once she might have come across a good lover.”

In my reality, the woman wins as much or more than me when they sleep with me… so they must deserve sex as much as me. But sometimes, there is nothing to do: women in front of me block and do not see the interest to orgasm when they have the opportunity if it’s not with a guy they love and who has committed to start a family even sometimes before having tried the girl. Except that “carpe diem”: maybe tomorrow we will take a brick on the head and die frustrated for nothing so it is better to enjoy this day. Well, it is my vision.

Beware, though, sometimes you have to compromise so you’re not a big rigid asshole (alpha is not necessarily a big asshole): for example, even if you do not like smokers, sometimes the cigarette with coffee after a meal is inevitable for an inveterate smoker. What then is the point of pissing her off for that? It would just lead to an argument and to do not sleep with the girl... on the other hand, if you want to spend your life with her, it’s different and you will have to tell her that the cigarette disgusts you.

She: Buy me a drink.
Winner: Why don’t you pay me a drink if you want me to stay with you?

If you have to “think” for one hour about what to answer to stay in your frame, it means that you are not really in it… and then everything I spoke about becomes very difficult.

By the way, it’s really difficult… because changing your mindset into a mindset of winner is the ultimate goal of the game that will make you not only a man who attracts women but also a man successful in his whole life.

In the long term, an alpha frame should impose to you, should become a reality, a second spontaneous nature. So you’ll always be yourself, but a better version of yourself more confident, more sexual, more attractive…

previousThe mother from Marseille
nextKinky medical visit at my place