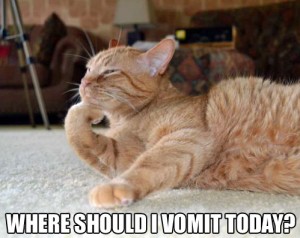 Yesterday evening, session of SPU with the Coach of Marseille. We approached a lot of girls, we ran in all directions. Real sport. The opener was “do you find me attractive?” I don’t tell you the incalculable number of dead ends in which we found ourselves with girls.

Well, among the positive anecdotes :
– two Chinese would have liked to kiss us ;
– we rose in unknowns’ building to see girls who finally rejected us ;
– at a given moment, a crazy junky started following us everywhere.
– there was a set of two who gave us their numbers “yeah, you are not cute “.Usually, I do not take the numbers but the Coach of Marseille wanted to demonstrate to me that this non-headache makes me lose some nice doggy styles.

Indeed, at about 11 pm, they had not called us back. Then, he called them, HIM. It is the thing I would never have done (I think that if she does not call me while she had said that she would do so, it is that she does not want to jump on my not tanned yet summer cock). They said OK. Rendez-vous at la Rotonde, we bought a bottle of rosé and went to my place. Well, I did not need two hours to understand that they were under MDMA. Unfortunately or fortunately, a friend of the Coach joined us: he introduced her to me as a model but she had some fat then I suppose that she had just made 2/3 photos with a friend amateurish photographer. Later, in the middle of the evening, he came to tell me “guy, I tried to screw her in your bed I hope that you don’t mind? Anyway, she did not want”.

Meanwhile, one of the two girls of the street did not stop asking me questions and everything, IE she looked interested. I so asked some pics of her in swinsuit on FB, she showed me and qualified herself “I lost weight since”. I had installed the frame saying that “we tried to pick them up “. Anyway, that seemed to work. However, at about 1 am, I said myself that it was time to cross a speed then I began to caress her the back, from top to bottom. After 2 minutes of touches, she suddenly put my hand away. Well. Later in the evening, everybody scattered and we found ourselves just the both of us. I tried again, same fail but after 5 minutes this time. Nothing was thus put into words nothing was officialized but well all the same that is a pain in the ass… fuck. The Coach tried something, he isolated her in my room but she did not want to kiss him either. It is supposed to be aphrodisiac this fucking extasy, and then especially why did she come to my place if she did not like, then I didn’t understand.

Finally, it was not a bad thing: one quarter of an hour later, she cheerfully vomited on my balcony. I did not know that a so small feminine body could contain so much food.

Well, it got on my nerves then I put everybody outside at about 2 am to go to sleep. Because, yeah, I worked ME the next day. The girl in question added “I hope that we shall do it again (she probably just wanted to be polite). Hum… I do not think that I am going to support one more evening listening to you bawling loudly on some shitty music and leaving by leaving me frustrated. No, but it is incomprehensible this story. Did they just want to spend time ? The question is the following one: actually, if we had not called them back, we would not have seen them again. But would it have been a bad thing?

The Coach said that he wanted to sleep at my place then I prepared everything : sheets etc. He lengthened 5 minutes, we switched off the light, then he received a message. He left without telling me anything, by running in the stairs and leaving the door open. That a little irritated me over the moment… is it supposed to be polite ? I learnt this morning that his friend “model” sent him a text suggesting him drinking a last drink at her place, finally. It seems that she makes deep gorges, good for him… Personally, I only remember 2/3 things which annoyed me.

PS = concerning the approach in SPU, I think that we hide too much behind jokes to justify that we have the testicles to go. The next time I shall try a purer thing like “I wanted to meet you then if you like me too we could meet again “. Finally a thing which reassures them maybe and which put me really in the front line. Confident but humble… Fucking contrast for a single man! Anyway it is delicate the SPU in this town: not a lot of people, we always see the same faces. Well, kiss kiss !!!