The idea was to make the evening turn into a foursome 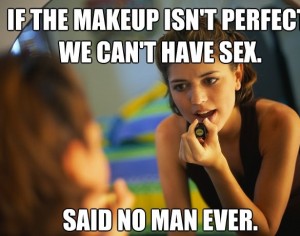 With Padawan, we had agreed to invite each one of our girls at my place and to fuck them the most simply of the world. The idea was to make the evening turn into a foursome. “Make the scamps say no” was our creed.

Midnight yesterday, the girl of the bodypainting (GBP) crossed the threshold of my door. I opened to her, made her put her stuff manu militari in the corridor then stuck her to a wall and kissed her in the neck and on the mouth by beginning to fiddle her with her stomach and breasts. She wasn’t in my apartment for more than 2 minutes when I brought her in my room to throw her on the bed. Hidden in the shadow, Padawan was lengthened on the mattress and we started to warm her together by surprise. It was really funny to see that she could not handle it anymore and in addition we had good vibes together, she tried to undress us (we did not remove more than the shirt even if she too much wanted to touch our cocks “PLEASE at least one / two” she begged). After 15 minutes, we stopped everything and because finally the plan which we had initially planned with the ex of Padawan had fallen into the water (she is not ready in her head – her loss) we decided to go out hunting with GBP. Objective: finding the second girl.

In the club it was party “you kiss you drink“. But we don’t drink alcohol. Anyway, we both danced with GBP and all the looks all around seemed to say “what the fuck ?!”. Well, it is not all this but we had to find the fourth scamp. We thus have send GBP in the front line to approach all the cuties and propose them a foursome. Some were susceptible, but did not take the plunge, in particular a blonde really cute. “This one is a model and the other one is king of the cunnilingus, are you in?
– Ah, if they are good lovers, I say yes and in addition I find you so cute ” that it is the best exchange which we had. But it didn’t work because the chick finally said that she was “in a serious relationship”. I suggested her to leave her guy, to take advantage of the evening and to get back together again the next day but she didn’t like the idea (weird).

Meanwhile, a lot of girls proposed to the guys “one smack in front of the bar and they offer us a drink are you ready? ” Well, seriously, it is a game for kids thus we didn’t make the number in a so shitty and useless way with Padawan. On the other hand, two chicks were really insistent thus we gave up (one for each of us even if we would have been easily able to exchange but it would have been counter-productive, I think).

The one who stuck me told me “MY FRIEND WANTS YOUR BUDDY AND I WANT YOU!!!
– Why?
– BECAUSE YOU ARE A LIBERTINE WRITER (yeah I swear that she told me that, LOL)
– Excuse me ? No it is not true
– YES YOU APPROACHED ME ON ADOPTE THEN YOU POKED ME ON FB, DON’T LIE I KNOW IT’S YOU”
Flash back, a girl had abused me because I had used a catchy line on Adopte and exactly the same on FB except that I had not recognized her. In fact, we spoke to each other on Adopt and I had sent her a poke with the exact same line in the same time, it was rather funny. What a mess, really needs that I look better to who I try to pick up on the Internet. In brief, she was ready for the foursome.

Thus here we were, we got ready to destroy both asses when suddenly her cousin and all her family came to lecture us, to tell us that the Muslims do not do that and to threaten to wait for us outside in front of the club. The kind of people “she wants you but it is us who decide thus she will do nothing and if you try something in spite of that we kill you”. No seriously, some big shit, this mentality. That makes everybody live in the frustration and thus, eventually, in the hatred. We decided to tell her ” finally no, you are a lot of annoy
– No I am 25 years old so I do what I want.
– Yeah but no, seriously we want to give love and we collect hatred and in addition your cousin sputters me in the mouth it is very unpleasant”. Then needs to say that in the light “not of the club” she was not really cute. I think that it was a blessing in disguise, finally.

Then, we continued to hunt in the street. So GBP said “I have 2 guys and this evening exceptionally I share them. Are you interested ?
– Often: no I have a boyfriend (if you listen to them, they always have a boyfriend when you bring them out of their comfort zone, it is their so-called unstoppable excuse which justifies that they do not take the risk of living an exceptional thing)
– Or: I prefer him or I prefer the other one (while we had not asked them to choose nor anything – it was not always the same that they preferred so that is cool, needs to underline that Padawan and me, we are really different).

In brief, we did fail. It was obvious that most of the girls wanted, in fact, but they are pussies in their head. To do things properly, would need to invite them at home under a shitty pretext and then to warm them but it is a little bit a traitor’s method. And the pact said that we would fuck all together or nothing then I put my most beautiful pajamas and fall asleep.

Nightcap. May the God of the Game be with you !