The importance of the first name in communication 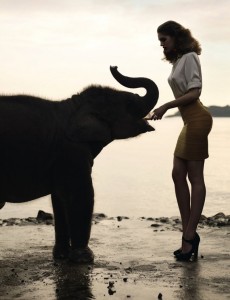 If you read my blog (or even my competitors), you must know that seduction is a kind of path divided into several stages. The attraction, the comfort, the isolation, etc. And you must also know that these stages are themselves divided into several sub-stages. One of them is very important and nevertheless I did not find much in the literature of the community of the seduction about the importance of the FIRST NAME.

I am not saying that you cannot screw a girl without knowing her first name (although I don’t remember that it already happened to me but in theory it is possible). I am just saying that our first name has a kind of power on us and that it would be stupid to don’t use it to distinguish yourself from the crowd, in seduction.

How would you think if you did not know words? You could certainly go out buying condoms but what would you say to yourself while going there?

It is very important to be able to name actions, things and people. A name on a face and hop it is not any more the unknown. It is not anymore “the crowd”.

Besides, our first name is often the first word known and memorized by the baby. It thus creates a particular connection with people who use our first name to talk to us.

Have you already heard anybody saying your first name without talking to you? Nevertheless you certainly turned around or at least felt concerned at this moment. It was stronger than you! Even if you are not the only one Julien or the only Estelle on Earth.

If, in a club, you go from group to group, do not forget to ask for the first name of the girls (and even of the guys) after the first contact. It will then be easier for you to come back talking to them. And they will feel very flattered that you remembered their first name. Don’t give at once your first name, wait that they ask to you for it. Because if “she” does so, especially spontaneously, it is an indicator of interest. Do not then forget to give her your hand to add a kino to this interaction and make yourself much more nice to her (the power of the touched). I develop the importance of the touch of the hand in my book about Fast Seduction (the art of quick sex). Alpha handshake not like a great lump (a couch potato)!

By making the effort to ask for the first names and to give yours most of the time, you will so create a particular link with the attractive waitresses, the bakers and the girls who often go out at night. It is a good beginning! You will not anymore be the average customer in their eyes.

We name what we know ! And we know what we name ! (or almost)

And when you will see them again, you will be able to put them back very easily in a good state of mind by using their first names. Furthermore, by knowing the first name of a girl, you can talk to her friends “you too are a friend of Sophie?” They grant much more easily their confidence (trust) to a “friend” of friend.

It will thus be necessary to remember a lot of first names. For example, at the party of the new year of the last year, I learnt 32 first names. And I remembered them. Every single one. I’m not telling it to brag, nor to persuade that I am a mentalist, it is to show you that it is possible (and that it is not very difficult with a little of training and motivation). Know that it always makes an effect on people! Besides, they often feel quite bad “and you btw what is your first name again?”

How to remember first names?

First of all, do not think of what you’ll say after having asked for their identities. When you ask for “her” first name, concentrate and memorize it. Be attentive and if you did not heard well, do not hesitate to make her repeat! It is better than asking again one hour later!!! When she said it, repeat it by looking at her in eyes, say something like “nice to meet you Bérengère.”

You can also use mnemonics, like associating her with an animal which name begins with the same letter as her first name either with a character (like Caroline the Tortoise). For example: Lara the rabbit, Marie the marmot, Sarah the bitch (oops!) or with an adjective: Aurore the horrible, Malika the malignant, etc…. Capisch?

Do not do it too often either but pronounce from time to time the first names. You will notice that it has a positive effect on people. They will find you nicer and will thus reach more easily your requests. And not only in seduction but at work and somewhere else also… especially if other people do not do it! It is some basic psychology/communication tips!

When you took her number, register with her first name to don’t forget it later when you will want to write it to her in a text. Also note the name of her friends, why not, as well as some information gleaned on people (in a pad or a memo pad). So, you can feed the conversation with them easily later without being thought of as a weirdo “then, do you have you licence now?” Or “so, did your sister have her high school diploma)?” They will find you very concerned and will like very much that you are interested in them!

Do not overestimate your memory: the first names of the new year, I have already forgotten half of them.

Conclusion: using the first name of the girls will allow you to establish a reliable link more quickly and then to reactivate the anchoring of your first good impression on them. Especially when you will have spoken to them just briefly.

Attention:
– Do not expect that they always remember your first name in return. Do not take offence in this case and tease them!
– Pay attention on the blunders: an error would make you lose points (even if that can allow to approach but well it is not very “ahhhh it is not you Marine, fuck, I took you for another one, how are you btw?” that is weird.

PS = I never forget a thing, especially not a naked chick.

previousMy mystic side
nextCome what may