The infallible method of seduction ! 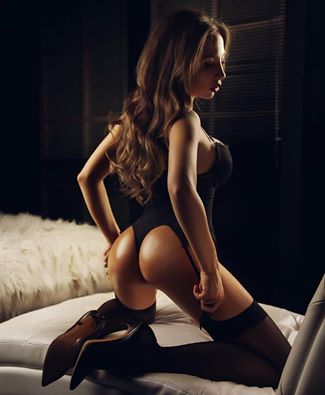 Many guys (who believe in Santa Claus – but especially who understand nothing about the game) are looking for lines, routines and techniques that would work all the time, everywhere… and with every chicks, while we’re at it!

I know, what a dream a priori (and this is the stock in trade of many swindlers)… but such a power does not exist. Moreover, even if a magic pill you could give it to you, you would not want it.

Because for most guys, looking for something that works 100% just proves they are afraid. They are shitting on themselves. However, women can smell fear. This is absolutely not attractive and is often one of the main problems of the guys still struggling in seduction. Once you’ll get rid of fear, you’ll royally don’t give a shit about if it works every time or not… you will have fun, that’s all!

For other guys, the utopian dream of never being rejected simply demonstrates that their ego is huge. They are not actually present in their interactions with women, they are instead trying to prove things. It’s like those who are bulging torso like baboons when they see a woman, trying to impress the girl and the other guys in the room, trying to seem interesting… it’s not good. It is too self-centered and intelligent women feel that these guys are not sincere. Now the goal of game is not to have a big ego and make a perpetual contest of who has the biggest dick… but to move away from it, to live a better life!

There are lots of women out there… some are compatible with you and others are not. You must accept this first thing.

The aim of the game is not to fuck 100% of girls you approach. The goal is to quickly see if the girl you have in front of you meets your expectations or not.

You want to push her into a corner so that she shows her true colors.

Your intention should be to test the girls and get away as quickly as possible from those who do not match your expectations, or your research (two different things).

What I mean is that you should force women to tell you quickly to go to hell if ever they should do so, instead of wasting 20 or 30 minutes in a conversation that would go nowhere.

And even if you do nothing during that time, it will be better to prepare the rest of your life in your mind than to get bored with chicks who are not interested but who have not the courage to tell you to go to hell.

We’ve all experienced this kind of shitty interaction: when you’re struggling, and the girl does not help. Often the guys still stay and do the show, hoping for a reaction. They ask questions and tell funny stories but the girl only gives one word answers.

The problem in this case, it’s not you, it’s HER! Contrary to what many ignorant crooks would like to make you believe: when you have done your best and that it does not work with a girl, it’s not always your fault.

Some girls are very useless. Stay away from them! The worst are the cunts who would like it to work with a guy but who are not doing their part or who do everything to knock him off course.

What do you expect from a woman?

Of course, you need to test and sort chicks according to your criteria, your personal research. Some guys like slack and tight-ass girls, everyone’s taste is different!

Personally, I’m looking a woman full of humor, intelligence, openness, guts and with good sexual energy. Let’s say I put pressure and give babes 1 minute to do not show me otherwise. Online, I give them 2/3 messages. Often less… If the girl does not pass my tests, I disappear or I troll her (depending on my mood). I do not want to waste time and energy with a girl who doesn’t know how to talk, laugh and fuck.

In addition, you can say what you want, but even if no test is foolproof, this selection process is attractive in itself. Much more than the one of most other guys because you are not motivated by fear or embarrassment. Nor by your ego…

You are motivated by a constructive belief i.e. there are are many women out there on the same wavelength than you, and you only have to test a few to find one. Moreover, it is with this kind of guy that women want to have sex, not with sex-starved dudes. Think about it: when you invest time, energy and money in a girl who makes no effort, you only demonstrate that you are not a guy who has the choice, and that you’re not confident enough to don’t tolerate such unhealthy behaviors. If you want to give a second chance to these girls, try at least to reframe them, to tell them to don’t take you for an idiot, to don’t play the princess with you… but especially don’t tolerate passively they treat you like shit, build respect! Don’t buy their bullshit!

It’s nothing else that I teach in my various ebooks, and particularly in The (inconvenient) truth about gender relations. This book will help you to acquire the most important belief, this mindset that is THE secret that actually will make you more attractive to beautiful women.

previousHow to caress your partner ? (erogenous zones)
nextMen on Tinder: decoding their profiles