The manual of the man who misses the inevitable 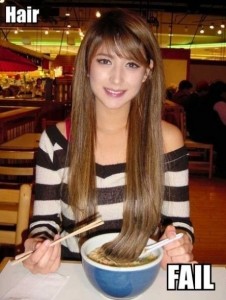 The manual of the man who misses the inevitable :

This evening, I FINALLY stopped playing the unbearable guy (the hard to get hard) and went out in order to drink a chocolate with the miss Cucarrachas (I already wrote something about her the other day). Seriously : I dunno how she stand me, I would  almost have self-nexted… When I arrived : she was already a little bit drunk (WITHOUT ME, WHAT NERVE) and wasn’t bored because she knows all the waiters of almost all the bars (IT IS SEXY I GUESS, THE SOCIAL PROOF, EVEN ON WOMEN). Sometimes I say to myself that, if I was a waiter in a nice club or something, motherfucka how many naughty girls I would take doggystyle effortlessly (THE TIP).

In brief, we talked a little bit, we played footsie a lot, then we ate a pizza and she told me she was looking for a place to change before going to work. Innocent question ? I don’t think so… « You are in luck, darling, I have an apartment, and moreover not far ». Arrived in my secret base, I feigned a power failure (because the darkness is appropriate to rapprochement) but after 5 minutes I push her on the switch and everything was illuminated… « Ah well, hmm, it’s fixed obviously ! »

In the process, she changed in front of me (what an Indicator Of Interest) then I asked her why she was getting dressed because I was going to undress her in few minutes. One thing leading to another, we made it twice before she leaves late for her JOB. A short time in the missionary position on my bed so that our bodies get acquainted and a wilder doggystyle on the sofa. She made me laugh when her boss called her during the sexual intercourse « Yes, I am almost here, I am in the street right now, if I am breathless it is because I walk fast ».

She then asked me to walk her to the club but, fuxelife, it was too cold outside. Well, I did it, contrary to expectation, because I am too nice… So, she comes back after work, at 6pm. I checked that my phone was not in mute in order to « fully » investigate the issue. Anyway, the barmaid, checked.

I kiss you on the boobs and if you do not have tits, I shake your hand. May the God of the Game be with you.