The mother from Marseille 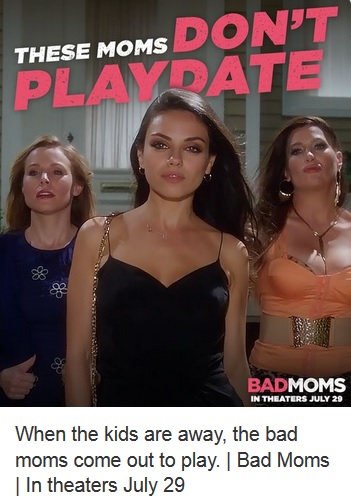 I’m in Aix, at my parents, for nearly three weeks. I’ve not really picked up since I was on vacation: a little bit on Tinder… but above all I revived old southerners plans on FaceBook. I had two flakes: girls who wanted (one sent me pictures of her naked) but at the last moment one told she was not ready for love because still in love with her ex and the other was afraid of regret. “They overthink too much these girls,” I said to myself. Then I let it go, no desire get a headache right now.

Monday, I went to the testing center and I went to Red Trousers (see my Diary 2). This girl is still beautiful and hot. She told me she spent one month in Japan and banged a guy there who had a tiny dick : 5cm in erect… I found it funny but not her: she had to simulate to make him finish quickly. Because, in addition, he was not gifted with his sex.

I fingered, licked and fucked her : two orgasms. After we rested and she did a funny thing: she masturbated her clit while I fingered her by touching her breasts: BOOM third female orgasm (very powerful). That’s as much as the first time we had met up almost one year ago, yet… In short, I like this chick.

Yesterday I went to Marseille, I visited a girl picked up on the Internet. A little girl of 36, a typical Mediterranean brunette mother of two children who were on holiday with their dad, pretty. Finally, I found that her face had a lot of charm and she is pretty damn hot for a mom.

I went at her place, on the Corniche. I had too much to piss on the way but I was not going to go straight to the bathroom when arriving at her place so I went and did in the garden of a residence, quietly. Then, it took almost 1 hour to park in her neighbourhoods, what a pain! She had prepared a small meal for me then okay, it was worth the trip. She showed me her videos while taking a drink, because she loves making videos. There were also many books on the “synchronicity” in her room : she explained to me what it is but I’ve not understood this theory.

After a moment, she said she thought I was a liar, and I was a sexx-starved. It was a kind of test. I could tell she was stressed and unsettled when I stroked her thigh casually on the couch. I said, “if I prove to you that I fucked yesterday and therefore I am not a sex-starved, do you remove your top?
– OK.”

I showed her the text messages exchanged with Red Pants thanking me for orgasms and she said, “you’re not my type because of your leather shoes and polo because I like the guys that look more roots (I dont know what that means) but you’re still charming’re so we can fuck if you want.”

Then she really wanted me to fuck her so she put the condom on my dick, fixing me in the eye: it was really exciting that!

Her vagina was very dilated by her two deliveries and, no doubt, by several huge dicks from Marseille… So, not too many feelings j’n’avais but when I took her doggy style she started screaming to the rhythm of her beautiful ass and tatoo, it made me come! I did not even try to refrain.

She was really tired after sex (though we only fucked once) then she ate a icecream and talked to me for a long time. She told me I was good in doggy style, it’s nice.

She said she also lost a former partner who wanted to save a girl from drowning in Spain but died of exhaustion in the sea, last month. She started to cry. In short, she is really touching, this chick. I tried to cheer her up, tell her that maybe death is better than life (at least one is not forced to work). But that kind of crap had no effect on her.

She still thanked for sex, and for having made her laugh… she said she needed to fuck a nice unknown man, to overcome her fear of inviting a stranger into her house… in short, to live, period! Another good deed for Cyprineman !!! My karma seems to be doing well at the moment…

I was thinking on my way back: people who have seen death up close (like the Banker (see my Diary 2)) no longer see life as stupidly as before. Before me, this woman had fucked only 4 or 5 guys since she is divorced for 4 years, and had never invited a stranger home. I managed to charm her enough for her to let herself go, that’s why I’m a PUA online. I hope it made her feel good and will allow her to make a step forward in her sex life.

I also saw the friend of my mother during the holidays, the one who is a bit psychic and who advised me to go to a seer to get out of my depression (see my Diary 2). She told me that I had no entity on me now! It’s good to hear even if a part of me was skeptical any way!

Well, now I just picked up my screening results (I have nothing) and, this weekend, Virginie is coming to see me before I go back to Lyon.

Kisses and have a good holiday…

I hope you have a tanned cock (tanned tits for women).

The God of the Game to you!