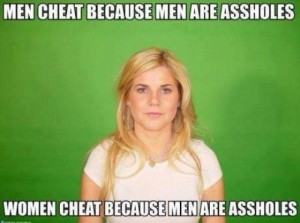 This month of Mars had been relatively quiet until now (3 new girls kissed for 1 new fucked) : I thought that my internship in the finance had castrated me. But Thursday noon, I received a text of the girl from Toulon who suggested me looking at the profile FB of both girls of her high school she wanted to come with.
– Clémentine, the blonde with the naughty eyes and the big tits, 19 years because she repeated grades.
– Déb the brunette with big mouth of 18 years because normal.
– By comparison, the girl from Toulon is 17 because skipped a grade.
I said to myself that there, really had there something special to do. I even hesitated to jerk off at work, so much I was excited. But I didn’t do, because it was the hour to serve coffees and to photocopy the mail.

On Thursday evening, Charlotte whom I have poked but never met wrote me “Hello how are you?
– That would be better if you sucked me.
– We shall see after the restaurant.
– Are serious you? What restaurant?
– I go to the restaurant with friends then I come I suck you and I leave.
– But what the fuck, I don’t believe in it one second, at the same time I always felt that you were a girl who had nerve…” Except that here we were, at about 11:30 pm I was tired and then I went to bed and I did well because the following morning I found a text messages sent at 2 am “sorry, I had bad adventures, next time”. Lesson: never plan your evenings according to a hypothetical plan with a sucker who does not respect your hours of sleep.

I also took advantage to be warmed on the computer to talk to Lolotte, from Lolotte and Crazy Pauline (I don’t know if you remember otherwise reread my diary because there I have so to speak the laziness to redo the presentations). On second thought, it is her who talked to me. In fact, Crazy Pauline sent me a SMS saying that Lolotte has a boyfriend and everything and I said “I don’t care I don’t want to marry her just to sleep with her one or two times”. That night I received on behalf of Lolotte “Well it’s been a while that we didn’t see you!
– And yes lolote it is because you didn’t give news and then you had to come to sleep to my place thus I wait for you this evening go go go
– Ahah it’s you who doesn’t go out anymore !
– Only the weekend bb
– We see you this weekend then
– OK darling

– Well btw on Friday evening, if I make a little party at my place… you come ?
– Yes my lolotte on Friday evening at your home perfect I hope you will throw yourself on me into a dark corner
– Don’t worry my apartment is not very big but it is possible!
– Cool then the password is “hamburger” when you say it I shall know that it’s time to find an excuse to isolate us in a corner and start taking initiatives
– OK your code is rather discreet, that should be good!
– Lol I will see if you have the nerve to start the operation hamburger
– We shall see on Friday; D finally having said that, still nothing sure for the party at my place, but I will try to contact some people
– perfect, and later you will come doing a Couchsurfing at my place?
– My best buddy spends the weekend at my home, I can’t leave him alone but I will remember the proposal!
– Well in the week if you want… and if it was an excuse to refuse politely, too bad for u
– Fuck my plan falls into the water then
– And yes you are going to have to assume
– Ahah I’m kidding
– Prepare your most beautiful underwears
– They are already put aside!
– Perfumed?
– Not yet, but you give me good ideas!
– You too you give me good ideas
– We shall already see the operation hamburger then!
– Yes but if you don’t kiss well I shall not set up the couchsurfing operation
– Don’t be worry about that, I am a queen !
– We’ll see
– We shall see that on Friday”

Here we are, yesterday my 3 girls of Toulon turned up as expected (I like when pussies keep their promises). I made a crepe batter to celebrate that and invited the Captain and Arnaud. Then here we were, we were with a perfect ratio of 3 guys for 3 girls there, then we decided to go to Lolotte’s party. “Are you sure that we are all invited?
– Don’t worry, I invite who I want where I want, I am Cyprineman.” A bottle for 6, it was light except that we attacked it well on our way and except that we arrived totally drunk.

I sat down on a sofa next to Crazy Pauline who asked me cash ” Cyprine, can I kiss you, to increase my list?
– If you want. Now?
– Wait we’ll do it discreetly. I catch the Red-haired (I don’t know how to spell her first name). “Thus direction the bathroom, we lock the 3 of us and we make one rock-paper-scissor to decide which one will taste my tongue first. It is the Red-haired person, the happy winner of an oral cleaning in due form with playing way strip-searches in addition. Not kiss of shit, an intense thing, that lasted one minute. Then it was the turn of Crazy Pauline while Arnaud tried to come inside. He pressed ceaselessly on the button of light of the bathroom which was on the other side of the door (needs to be stupid to install it like that), that made nightclub atmosphere, perfect! Later he had probably broken the bolt bicause a lot of people came inside, of whom was Lolotte… then here we were, we were 8 in the black in the small bathroom… and so I fiddled discreetly the low back of Lolotte and she said nothing. She then tried to isolate me, it was brilliant, “come on we are going to order some alcohol on easydrink in the kitchen”. OK. Bam, from that moment, I kissed her all night long except when the cutie from Toulon watched me.

She and Déb wanted to go in a bar but zebbi I had not desire then I let them go there alone. Not careful considering the dress which wore the girl but I was able to approach Clémentine who had wisely stayed with us and the bottle of vodka. I passed in bisounours mode and negotiated “naughty games of alcohol which imply to remove our clothes” by returning home. Crazy Pauline came speaking to us but we understood nothing, she is crazy “shut up Popo and rather show us your tits.
– Fuck off Cyprine”.

Then, everything became crazy, there was another party in the floor of the top and they friendly came inviting us. Then here we were, we made a party on two floors, which allowed me to isolate Clem.”Stop looking at me with your naughty eyes.
– But I don’t do it deliberately.
– It is because I make you too much effect?
– Maybe.
– I know what you are waiting for, but I am not going to kiss you now, it would be too easy.” Prizing. As a result, I went re-sticking Lolotte in the bathroom of the neighbor just to warm her a little before negotiating that she comes doing a couchsurfing to my place on Tuesday evening (code for sex, I translate for stupid people). On second thought, I would have had to fuck her on the spot (always take the opportunities when they appear). Well, I got down again with Clem, Arnaud was locked at Lolotte’s place with the Red-haired then here we were, I broke up the door, I guess… I have then kissed Clem in the kitchen, while Arnaud was on the couch of the lounge with his girl. It was really VBT this party. Seriously by counting the girl from Toulon, it was the 5th that I kissed and not even in a club but me what interests me it is to practice doggystyle. Seriously, I don’t understand those people who hold a list of people they kiss. First of all, because I lost the account when I began nightclubing then kisses mean nothing. I am not a rare pokemon fuck. Suddenly, the red-haired vomited on Arnaud’s pants, and that took us all out of our trance.

As a result, I phoned to the girl from Toulon “Hey do you mind if Clem sleeps with us tonight?
– Yes, I don’t want to share you.
– Ah OK.
– And come picking me up PLEASE it rains then I am dipped and the club is hopeless.
– OK.” As a result, I negotiated with the naughty girl that when the two other girls would sleep, we would meet in the lounge to fuck once or twice.

Then here I accelerate a little the narrative, track race in the rain, I caught the girls and I return with everybody to my apartment. Two hours to decide the captain to drive Arnaud at his home and during this time the cutie and Deb fell asleep. I took advantage of it for taking condoms under my bed “What are you looking for?
– My mobile, sleep bb “. Clem stayed with us on the sofa, patiently biding her time. Then here we were, I licked her at around 4 o’clock, we fucked with condom twice then we didn’t have any more and I was tired so she sucked me and I felt so much like banging her again without. Apparently she gives regularly her blood thus I am not too much afraid because they make the test before. Then, I went to join my other darling casually in my bed and this morning we fucked twice. I also screwed her without condom, seriously we fast get to like it, it is so much better at the level of the sensations. That frightens me a little bit but well, zebbi, she made a test 3 months ago so inch’ Allah.

Then we ate all together: three young hotties have just left whereas I go back into my body a little. Deb left her shoes with heels at my home, maybe that she wants to come back, after all it’s her turn. The plan is : when she will have spoken to her friends and know about the orgasms I gave them, she will want to enjoy life like that also. In brief, I am with Cat, I am going to have a little nap to rest. Like would say the Captain “has swell there, my boat rocks”.

previousShe wanted me to be her escort-boy
nextCan two people who like each other get naked without having sex ?