The night will be long 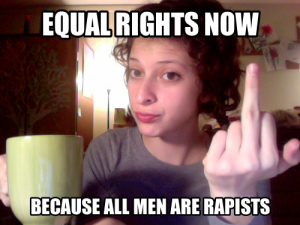 Hafid will come over, he wants to go out to meet girls. Fortunately he is late because I am too. I’m still in boxer: not shaved for two weeks, recovering from my last night hangover by chowing down on beer (seriously, it works). I have to move my ass : go take a shower (alone this time I really try to wash myself), then spritz the One Million (a real girl trap this perfume) and finally suit up with a black shirt (when I don’t know what to wear I choose black).

Despite my laziness, I am ready before he arrived (this guy is always even later than those who are late). Frankly, if it was not for him, I would have stayed at home to watch a hot porn and send pokes on Facebook. But Hafidou is a real bro … for example, if my car breaks down, without hesitation I call HIM to come and help me (what I mean is that we are not just linked by our relationship with the girls unlike with many other guys). So, I cannot refuse him anything (or almost). “Dringdring“, he landed around midnight with an incredible energy. Damn, what drug did he took this bastard!

We go out in a pub. Smile. Input.. Chicks in every corner, they drink, laugh, throw glances right and left (they want to be approached). Each girl is unique and increasingly intoxicated by the smell of PacoRabanne that invades the room. Each contains endless possibilities of potential adventures if we can tell them what they want to hear … and more important to say it the right way (body language). It has always fascinated me to realize how we should not trust appearances, how the nerve pays and how everything is possible with the Human. Sometimes they look like the worst bitches on Earth but in fact they are super cool (and vice versa, I guess).

Two hot babes who do look like bitches (in their twenties) approach the bar. Gottago approaching either I’m gonna twiddle my thumbs all night long. Hesitation … I’m not warm. I feel the hand of Hafid in my lower back that firmly pushes me towards the duo. Oh, I hate when he does that, why doesn’t he go there him? On the other hand, it’s a great concept for shy guys who need a wingman. I’ll patenting the Hafidou’shand.

If I listened to Marx, I would dismiss the responsibility of my hesitations on society. If I listened to Freud, it would be on my parents. And if I listened astrology, it would be about the Universe. In reality, I think I am the only one responsible for my actions and therefore my results … so I gotta move my ass, no choice, I must go there. Because in fact I think we can only blame ourselves if we did not have the courage to live out, if we did not listen to our desires, if brief we have not exploited our full potential (which does not prevent certain and certain to find excuses to justify their inaction and feel better) … Fuck, I should have done studies of philosophy.

I absolutely do not remember how I approached those two chicks, I just remember them having said to them “It’s now we’re young”. This sentence has since become my slogan. I’m surprised they are still talking to us … but I guess that people are happy to talk with new people if approached properly and if we do not try to sell them something. Personally, the only thing I’m trying to sell is my body … and free of charge in addition, does it count? The conversation was then divided and I attacked the tall blonde (in my opinion 175cm + 10cm heels) while Hafid was negotiating an unhealthy doggy with the sexy brunette.

By talking with my Barbie, I learn she is pregnant. Not for logn, but … I still continue to flirt because I like the dark side. I do not think I’m Darth Vader or anything (although I have a beautiful pink lightsaber) but this is the most interesting in my opinion, that’s all. Indeed, all the adventures you can live in Aix at night involve the dark side of the Force. Angels sleep soundly for a long time at this hour … and paradoxically dream about the dark side. Because the more one tries to silence it, the more it gets stronger… And yeah, it attracts everyone, just like Megan Fox does. Personally, I sleep like a baby: my dreams are full of kisses, pancakes and giant teddy bear. The dark side, for me, it’s to represent temptation in the eyes of some chickens. But I do it for their owngood. For the love of women. Someone has to do the job!

The conversation becomes so exciting that the bar closes, but we did not see the time fly. It’s crazy, it also happens to me sometimes when I have sex I guess it’s normal. Just like last time we got home around 10pm with a princess: we did it twice and when she left … it was 2am. But “what the fuck”, where did the time fly? What did we do? Seriously, I would have realized it if I had banged during 4 hours … Even if we also talked a bit, warm-ups, preliminary & co … In short, sex is time consuming. Perhaps even more than Facebook … So you should think carefully before having sex (no I’m kidding it sucks to think in these moments).Well.

So, they wantsus to accompany them … So here we are with Hafid each one with a girl : arm in arm. We protect them fromvillains and sex-starved dudes … the truth is I arrive at the shoulders of mine (so it is her who protected me) but if she doesn’t care about seize, me neither. On the other hand, having sex with her, that would be wrong. But I never chicken out, so I wanted see where it would lead us. But damn, she is pregnant, fuck! I am not going to ejaculate on a fetus! So I abort the mission. Hafid still takethe number of his girl before leaving, then we escorte the blonde to her place. She gives me a kiss on the cheek, and it is good for me after all the Frenchkissesthat happened that night. A threesome with her, it would have been too much.

On returning, the screen light of my computer and the purring of the cat (and the purring of the computer) soothe me. Marie is connected on FB on her mobile, it is almost 4am, she goes back home after a party and she wants us to meet up. Understand, I work this chip for two weeks and now she wants to come over… The girls also have a brain, she knows what she has just signed for by proposing this after.
Legendary text message with : « btw do you have a sex toy you ?
– no it is broken
– ah that’s why you want to meet up so »
The night will be long. Think about me.

previousDid I create a monster or a source of pleasure?
nextExplosive mixture