The prizing to seduce 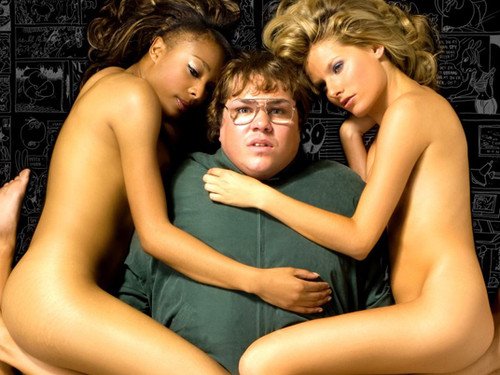 The prize is the award in the sense of “the prize at the end of a competition”.

In the community of seduction, prizing is a very criticized concept because it is misunderstood (like many things).

However, your attention please: prizing is not a beginner exercise, but an advanced concept that must be used with caution at the risk of burning your wings.

The definition of prizing

Prizing is a game approach that involves reversing the roles and making the girl see you as a “challenge”. The purpose of prizing is to do not put women on a pedestal. It is a concept popularized by Swinggcat in his ebook “Real World Seduction”.

The trick, in my opinion, is to consider yourself as the equal of a woman in an interaction: show her that you like her, but at the same time, show her that she likes you too. Even consider yourself slightly above her if you are a sportsman, healthy, who has a good diploma and who is not stupid while she is a little girl who enjoys the money of her dad and who is a little fat. I’m exaggerating, but it’s for you to understand better.

It may sound stupid, but it must be understood that most men live in a reality where the woman is the price. This is why there are many sex-starving men but few sex-starving women : a woman who wants to have sex can, in the absolute, easily find a cock to jump on.

I know women do not like me to say that so I will explain my point of view:
– women can register for free on most dating sites, because if there are women, men are willing to pay to come and try their luck;
– in a club, it is common to offer the champagne to the women to make them come, because they will bring the men… who are ready to pay;
– a woman not very beautiful will always find the way to be picked up by a guy if she goes out in a bar, while an average man who does not move his ass will return alone ;
– When I match on Tinder with my girl account, I have practically 1 like every time I put a heart… but when I do it with my own account I have 2 or 3 likes every 50 hearts.

Becoming the prize in your head serves to avoid being constantly needy and seeking approval. And many guys need such rehabilitation because, yeah, if you’re not a popular guy, you usually live in sexual misery (unless you have a good game).

Know that seduction is like a sport: without a good mind you have nothing. Now the mind, the inner game, is the key to success in seduction. If you have a solid inner game, you will succeed. If you do not have one, the game can help you acquire one.

Many guys have a feeling of inferiority towards girls that they find attractive. So know that contrary to popular belief, prizing is not about wanting to make her believe that you are the prize, but to understand it yourself, that you are a prize.

Prizing means esteem and respect. It is a match for value. It is to think that one deserves to be treated in a respectful way and to refuse any abject behavior. This is a totally different approach to most guys who constantly try to prove that they are up to the girl they try to pick up and who lick her ass.

Unlike many politically correct coaches, I’m not against using techniques like negs or prizing. These coaches reject all that is “technical” by saying that if you use techniques it is that you are a weak one who is not confident. In fact, they are a bit right, but your confidence will not come out of nowhere: it takes success to gain confidence… and the techniques will allow you to have these first successes, then you will become more “natural”.

The goal of the game is to develop an inner game such that everything you do today by considering it as “techniques” is actually no more than the expression of your alpha personality! You must become confident enough to think that girls want to sleep with you and that they will only have this privilege if they meet your expectations.

Basically, I agree if you want to use techniques at the beginning, but I want you to be genuine in the long run. I want you to become a better yourself compared to today! The real goal of the game is that self-confidence settles in you and that everything I teach you appears natural: it will be much more effective than all the techniques combined (except the technique of the GHB in her drink).

Personally, I’ve fucked so many chicks and made experiences that now I know I’m better 95% than the guys in bed. My strength comes from this belief, so I can “sexually prize” the chicks and it is sincere. I know that part of my value comes from there, that I have this added value to propose to a girl that I like, and I express it more or less directly…

Sexual prizing works if you want to fuck a lot of chicks but also if you want to find a girlfriend. Indeed, now I’m trained to be good in bed, it is the women who ask for more and some would make the pear tree so that I become their boyfriend. Being a good lover (cf my book on the subject) therefore makes them want to fuck but also to stay with you! Not only men can be held by what they have between their legs.

The first trap is that if you calibrate poorly while wanting to be prize, you risk triggering a conflict, an unhealthy and unsuccessful balance of power with a girl… the goal is not that she wants to put you down ! Avoid the extremes: so do not be too submissive but do not be too inaccessible, otherwise, she might think you are NOT AT ALL interested, be mad a at you and leave. In practice, there are a lot of guys, so if you play the precious who is waiting to be seduced because he is the price, you will masturbate very often.

The second trap is that the prizing is only a technique and that by digging a little, the girl realize that the guy is in fact a poor puppy who is trying to play in the top league.

The third trap is that I have seen guys not fully understanding the techniques of prizing nor the concept of alpha male. So, it can be a disaster: these stupid guys even begin to try to dominate their friends, their family and to make dick contests constantly. In short, they are completely wrong and lost…

To avoid these pitfalls, practice light prizing, and again, only when you are in a seduction phase. Do not act like a needy, communicate that you have value and dare to take initiatives (prizing should not be an excuse so the girl do all the work for you).

I already explained in two previous videos the concept of frame (LPUF# 2 and LPUF #16), so you can watch those videos to complete this one on the prizing because these notions are intimately related.