The rules of the wingman 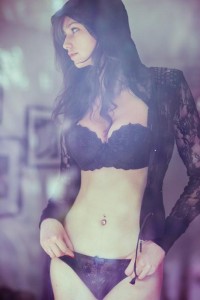 The interest of wingmen ?

Learning : if your Game still doesn’t work, stay positive and continue to learn. A good thing is to meet the other good “seducers” of your city. Remain humble and cool and learn by practicing with a wingman.

Complicity : good routines with an accomplice allow to feed a nice conversation, to bring some positive energy, etc.

The social proof : the social network is important during a phase of seduction. Your friends will have a positive or negative impact depending on their behavior.

When we arrive in a bar (except the HQ bar), we do not generally know either the population or the place. People who are new in a place are going to trust the behavior of the group which surrounds them : in the doubt, “we think what everybody thinks”.

A good PUA can play with that by showing to a woman that he is already recognized as somebody interesting by the other persons around him.

Why a man leaned alone at the bar will convey at once the image that he has no friends? The bar becomes the universe and because he is lonely in this universe, we think that he is all the time alone even outside. Principle of association. Nevertheless, it is possible that he is very nice but seen by far, we have the impression that he would better make be friends, this poor guy.

It is the same thing which makes that the barman or the waiter become stars of the place : everybody speaks to them or smiles to them.

The pivot: he or she is useful for getting into a group (thus by using a person who will not be the final target). We can use for example a co-pilot girl (beautiful, and you will thus become interesting by default – preselection (an interesting dude hangs out with hotties and not with fat girls)) either somebody who is in no way in the confidence.

The rules of the wingman :

Rule n°1 : The pilot approaches the group and invites the co-pilot in the conversation.

Rule n°2 : The pilot chooses his target and there is no competition. Only if it is dead for him with the girl, the wingman can attack.

Rule n°3 : You mutually make rise your value by saying positive things about the other one. You try to neutralize the cockblock threat.

previousSimple, direct and fast seduction
nextWhy, when and how to call her back