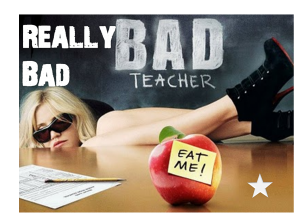 I’ve got a good and a bad news. The good news it’s that I’ve been blowed. The bad news it’s that it’s by the girl of the last week, the one with whom I would like to go slowly. I really liked her so we kept in touch during all the week and I made a considerable effort to go out this evening. Why a considerable effort ? Because I endured a nasty pharyngitis all week long and I just returned to my normal temperature (I was hooooooooooooooot) ! You know me, I believe that no pain no pain and that the efforts are rewarded…

Except that during this second DATE… I liked her less. Not the character eh (she still made me laugh a lot), but I dunno if it is because she was dressed differently or something like that but physically I liked her less. I am less sure of my crush. Finally, I say to myself that maybe it is because I idealized her since last Saturday and because, necessarily, a return to reality hurts … Let’s be clear, she is still attractive but, I dunno, the euphoria of the meeting had probably dissipated.

In brief, we ate a crêpe and I spilt some sugar on my jacket. Then we went to my place so that I wipe with a wet sponge then as she carried a big bag, I told her that she could put it in a corner and get it back when leaving. Except that once my coat was wet, it was necessary to wait that it dries. So, I turned her on against the wall of the kitchen. After a while, I removed her pullover, just for clarification. I then leaded her to the corridor, taked off her shirt. « What are you doing ?
– I’m taking off your shirt. »

Gradually, we roamed up to my bedroom then she made a little resistance by hanging on to the door. I asked her if she had a problem, she answered « it depends on what you planned to do ». I explained that I wanted to take my time with her, that there was no need to be in hurry but that I wanted to take advantage of the time she was there because later I was not going to see her during 3 weeks because of her studies of medicine. I was sincere. Except that, in my opinion, it had the effect of accelerating things : that’s it, the famous logic of the chicks…

We kissed on my bed and sealed the deal (who still says « seal the deal » ? Me !), I removed her bra and she warned me « there is a thing I am OK to do, but I want that we close the door. » I had already told her that my roommate was in Amsterdam but it was not the moment to discuss « Yeah, yeah, if you want ». She closed with great difficulty the door because she was excited then opened my pants and get down to work.

I think I’m going to play to Starcraft now. May the God of the Game be with you.