The Swedish blonde of the libertine clubs 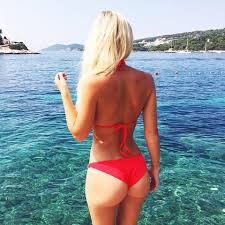 A lot of things have happened in my life lately. It took me a few days to realize that, the race for sexual performance is over. I have reached my goal so I want to take more care of myself, find a better job, eat healthier and lose weight (because I am getting fat), sleep more, workout (because the pool does not have the same effect on me… I do not feel as “manly” after a swimming session as after a bodybuilding session).

At the office, my colleague the Sultan is gone (he was the one with whom I had a lot of fun). It pissed me off a little bit but I’m happy for him so I do not blame him. How could I btw ? I will tell you this story because it is edifying: he is 50 years old, bac+8, 6 years of experience in this shitty cabinet but is paid €1500 per month. Knowing that elsewhere, an equivalent position would be paid at least €3000. Where does this money go? In the pockets of the boss, of course… this fucker who boasts of going to Dubai while we are working like fanatics!

Why has my colleague all these years been exploited? I have observed him a lot and I think he was conditioned to think he is a shit. He was constantly denigrated, belittled, humiliated by my boss. It’s a very nice guy, Sultan, who brought me enormously on both a human and a professional level so I hate the idea that he can be treated like that. For me, what he has undergone is almost like moral harassment, but it is a common practice in accounting firms. The boss does the same to me, so I do not feel too strong and I do not want to leave “it’s good but it was easy”, “you are improving but you are doing it for you” or “it’s correct but…” and there it will find a subtlety that a normal chartered accountant would not take into account.

In short, the deal between them was that my boss had to sign the conventional breakup of Sultan in February and then that he comes to work on the black market until the end of the fiscal period. (Do not be fooled, rapping the Pole Emploi off is a common practice in this firm. It’s an awful lot for an accountant, someone who normally has to respect the law!)

But then, at the moment of signing his breakup, he whistled him like an old dog (like he always does) and then told him “for the balance of any account, we will arrange.” Basically, he owes him more than €4000 for a week and refuses to pay him the hours made on the black market for two months. My colleague showed me his bank account is €3500 in the red for years, so he really counted on it. There was a big lack of respect and consideration so my friend no longer comes to the office. Sultan is waiting to see if he will receive the money due to him at the time of pay, or if he will have to sue him and send the labor inspection. Which would be good for everyone here, by the way.

As a result, my colleague will not come back. He decided it and he is right. I’m selfishly sad but I know it’s better for him. That’s why I worked on my resume, strong with my new experience (I took what I had to take here) and I’m going to leave. The goal is to move quickly to a firm that normally treats its employees.

Saturday night, I had to see a beautiful blonde met on Adopte. Except that I was tired (really… I amost fell asleep at 10pm) and that The Teacher proposed to meet up. I am quite proud of having canceled my near-insured F-Close to go and give a hug to my darling. We spent the night together and half the day on Sunday. I want to give her a chance.

Meanwhile, the Nice Giant was fuckclosing a girl met on the street. I am very proud of my Padawan.

Last night, so on Sunday, I received the visit of this beautiful blonde I had to see the day before. The poor one thought I was a soft cock that had got cold feet. Indeed, on Saturday night, she wanted to see me in a bar for prudence but I said no. So she proposed to meet at the metro and I said “lazy” then she said “OK I can come directly to your place” and that’s where I said “no I’m too tired”. I really played the princess !!! In fact, I now enjoy to drive them crazy since I reached my goal and I have a cool girlfriend : I play only for pleasure now (by envy and not by need) and it is liberating! !!

So, I said no to her and went sleepind with my chick. But I still did not want to treat her so badly, since I had liked her pen on Adopt. Indeed, she had written me nice things… selected excerpts:

– “You are a UFO … :-) but I noticed that you could quite easily become UFO on this site. For example, I am often told this because I respond cordially and say “goodbye” to people with whom I feel no feeling, without leaving them in a silence. In the end, people ask very little! A little respect and that seems unusual to them.”

– « I could defend my profile, for example, because I felt referred to in this paragraph: “If in your profile I see things like “no sexfriends bastards” or “under 1m80 go away” know that I do not like this shitty mentality so you will not interest me.”… there is indeed on my profile a sentence like that. (But not really, I do not see the concern to prefer men who do not risk to be belittled because of my size, it happens too often!) But no, I will finish by choosing a simple simple approach. By asking you one thing. Take me :-) »

– « You are indeed that head on which I bugged at the turn of the road, and this text that spoke to me much this evening. I am of libertine confession, so no, your text is neither shocking nor displaced, although a bit long for what it summarizes ;-) It titillated my curiosity, but not only! »

– “For the libertine clubs, I’m beginning, but let’s say, it’s been a while since I put a name on this state of mind, so no I’m not yet a real libertine. The few incursions I made made me realize that I would have to arm myself morally before being up to it. There is everything there, and some are a bit oppressive: the attribute “woman alone” makes me a piece of meat in a lion’s den.”

– “In spite of everything I would take a drink first. Photos are one thing, feeling is another and for me it is important. I guess it’s the same for you anyway, is not it? (^^ no need to answer yes to make me happy, it would make make me laugh if you said “no me I do not care as long as I can score” ;-))

She was really nice and patient, so to reward her, yesterday I made a concession and went to pick her up on the subway. We talked around a glass of wine at my house. She told me that she had already gone to a swinger club in Lyon and how it was happening there. There are seemingly parties for “young people” which are nice and where there are quite a lot of people. There are mostly couples, but also nymphomaniac chicks who fuck a lot of guys like if the man was a tool and guys alone who hunt with their hard dick in the hand.

People walk there naked and this is the norm, so no one is shocked. Then, when we meet people with whom we want to fuck, we can go in closed rooms, rooms where people can watch, or even dirty rooms with accessories. It appears that it is a very respectful environment, where people are not pains in the ass : when they are told no, they leave. Frankly, at the next young party I would like to go with The Teacher. Not to swing but to find a naughty girl to make a 3some or just to fuck in front of people.

Finally, it’s apparently downright different from the libertine dating sites where all guys are sex-starved. They pose almost all shirtless with a close-up dick “here is the photo of the members of the site”. There are few young and hot chicks, rather old or fat ones who take themselves for top models because they are solicited. It is a big scam, in my opinion, these sites. Girls are always the prize, and we are exploited like shit. Always the same story.

After a long moment of discussion, she surprised me “when will you kiss me with your beautiful face?
– Wait, I’ll finish my drink.
– Ah, I thought I scared you.
– Did you look at me?”

Then we got off. I removed my shoes and the difference in size was accentuated because they give me an advantage. She made a comment on it but did not care, basically. I licked her until the orgasm then she sucked (after asking me if I was sure to have no illness) and I finally fucked her very sexy ass on all fours with a condom she put on my dick. She told me I was fucking her hard and I took it for a compliment, in doubt.

She is pretty cool this chick, she looks like a Swedish so she is tall and blonde with light blue eyes. But in fact… she’s just Breton! Before leaving, she gave me eco-orgasmic condoms from her association because she is invested in ecology and they give ego-orgasm condoms because… apparently, in the lubricant of the normal condoms, there would be endocrine disruptors . Otherwise, she was an engineer but converted last year (she is 27 years) in osteopathy because it is her vocation. I find it courageous.

In short, it confirms me in the idea that I am a libertine in the mind… but I do not yet know if I am made for environment. Must see!