The taste of sperm and cyprine 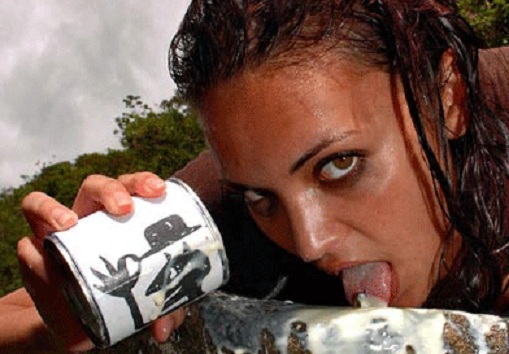 Here, we do not talk about the quantity emitted, the jet distance nor the number of loops my strongest sperm are able to. We will only talk about the flavor of our respective secretions.

It therefore seems that my ejaculate sometimes tastes bitter (much like the aftertaste of endives and cauliflower) and has sometimes a “neutral” taste.

So, my opinion? First of all, it’s hot! Then, I agree that it is slightly bitter. However, I felt a slightly salty taste but that was probably because it was mixed with the sweat of my partner (or mine), which is not likely to happen when I ejaculate in her mouth .

A lot of people think sperm has many virtues but because they do the same with a lot of other things I’m not sure it is easy to check (except if we look for what’s in it): antidepressant, slimming food, anti-aging food, anti-cancer food…

Semen is essentially composed of water, but it was shown to contain small amounts of practically all the nutrients needed by the human body, including docosahexaenoic acid (a major fatty acid from the omega-3 family). It contains relatively high amounts of minerals we’re often lacking, such as potassium, magnesium and selenium. It also contains sperm, enzymes, vitamin C, calcium, protein, sodium, zinc, flavin, citric acid and fructose.

One tablespoon of sperm provides about 20 calories (15 to 30). An ejaculation contains in average 150 mg protein, 11 mg of carbohydrate, 6 mg of fat, 3 mg of cholesterol, 7% of the recommended daily dose of potassium (US Standard) and 3% of the recommended daily dose (US standard) of copper and zinc. Sperm protein content is roughly equivalent to what we can find in a good sized albumin egg.

I also read that the taste and smell of sperm could vary from person to person and/or the eaten food. But I read the opposite too. Legend or not?

What I can assure is that two chicks were told that they had sucked another guy who had a deli taste. Once, after the Christmas holidays, a girl also told me that my sperm was more acid than usually but that except this time it still has roughly the same taste. A girl also told me she once sucked a German who had a sperm rather sweet.

In conclusion, sperm varies from one man to another and sometimes it’s depending on what he has eaten but not always.

I also read that the sperm could have an odor approaching the odor of bleach but nobody around me confirmed that. It rather seems that it is a rather unusual smell of sex, which is unlike anything known to us, poor earthlings.

I read finally the sperm could have an acid taste. But I cannot confirm in my case. Maybe other guys … the only perfume that I was told about the other guys is “lumpy”.

In any case, according to the girls I asked, it is not the best taste on Earth. But they can love sucking and swallowing for other reasons.

Some even put sperm in their cooking. This is not a joke, it’s a new fashion. The guy who went to jail because he ejaculated in the sandwiches of his clients was just ahead of his time in fact.

Undoubtedly, it approaches a grand cru. More seriously, the love juice can have a variety of texture, taste, color and odor, according to the state of arousal, the phase of the menstrual cycle, the presence of infections, drug use, diet and some genetic factors.

For comparing and having made girls compare, the love juice is more acidic than the sperm but the taste is less strong. Sperm (very often) has a bitterness that the cyprine hasn’t (or rarely).

Well after, it should be noted that when you lick a clit: this is not where it wets so we do not really feel the taste. While when a girl sucks us and takes a whole volley of our blunderbuss in her throat, it’s different. They do not swallow as much as us nor the same way (we drink water from the river end of the tongue while they take a seminal discharge in the mouth).

The love juice is acidic with a normal pH between 3.8 and 4.5. But STI (sexually transmitted infections) may increase its acidity.

PS: be careful to do not confuse the love juice with white vaginal discharge (which are normal and are used to clean unless they have a strange smell or color… which may be due to an infection).

And by the way, for those who know… what is the taste of shit?

May the cyprine and sperm flow freely in your life!

previousWhat about the current debate on street harassment?
nextBeing beautiful, to what does it serve?