The technologies of manipulation 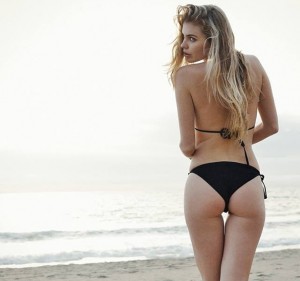 The coherence is a very strong motivation. It is the coherence which establishes the logic, the rationality, the stability and the honesty.

The commitment rhymes harmoniously with coherence. When an individual is committed in a situation, it is always difficult to make him make one step back.

When somebody offers us something (or a favor), we feel indebted to him, and we try, as fast as possible, to return him his favor or service to feel relieved, and to off-load this feeling of obligation that we feel. Ex : Free samples.

On the other hand, the violation of the rule of reciprocity is badly perceived by the society, but it is what makes its success. Under another angle, besides the rule of the reciprocity, we find another principle, the one of the reciprocal concession. When an individual formulates a request which we refuse at first, and when he reformulate his request, he thus makes a concession and we tend to answer with a reciprocal concession.

Technique of the “rejection-disqualification”: we propose a big request, then a small “real” request.

When you go out with a girl for the first time, you should absolutely not pull out all the stops, with the aim of impressing her (paying all the time for everything, offering presents, flowers, chocolate, bullshit also…). In this way, you would launch her indirectly in a process of reciprocity and, consequently, she would feel uncomfortable.

Trick: Invite her somewhere, and because she will probably refuse, then ask for her number!

This principle applies in the situations when we try to determine the behavior to adopt!  We judge reasonable a behavior if other people adopt it. The actions of the people which surround us are essential.

Another concept is added to the principle of the social proof. It is the one of the similarity. In fact, we decide on the behavior to be adopted by basing on the acts of others, especially, when the others seem to us similar to ourselves.

We are very vulnerable to people who look nice to us. We accept very easily the requests of nice people. We refuse with difficulty to make our contribution when a friend asks to us for it.

Studies showed that we attribute automatically to the individuals with harmonious physical appearance, qualities such as the talent, the kindness, the honesty, and the intelligence. It is what the researchers called the “halo of beauty”.

Other element, the similarity. We like what looks like us, at the level of the opinions, of the personality, of the lifestyle, etc.

To increase even more the effect of the sympathy, professionals of the manipulation claim they have common points with the other people.

Also exists, as element composing the structure of the sympathy, the compliments. We react in a purely autonomous way to the positive compliments, which awaken the same sympathy to the flattering independently of their sincerity, we thus react even in front of false (or fake) compliments ! The kind words seem to our ears as a music so soft and so pleasant.

To manage to thwart the traps of the sympathy, it is essential to separate any request from the person which asked it to us.

The symbols of the authority: clothes, titles, accessories ( beautiful car)

To exercise an authority, it is enough, sometimes, to acquire a title, as often do the swindlers: I am lawyer, I am an inspector ….

Clothes are also a powerful symbol of the authority, capable of activating an automatic persuasion, the power of the uniform was noticed well and truly.

Things are more interesting when they are exceptional. The idea of the potential loss plays a considerable role in the decision-making. A less plentiful article, is more desired and more valued. We wish more something which became inaccessible than something which exists in unlimited quantity. Still better, we desire an article more and more, when we are in competition with other people for the same article. Our reaction in front of a situation of rarity, darkens and decreases our faculties of reflection and the pleasure does not consist in enjoying the rare thing, but only in the fact of possessing it.

previousHow to improve the way you communicate
nextThe art of persuading