The trap of the comfort phase 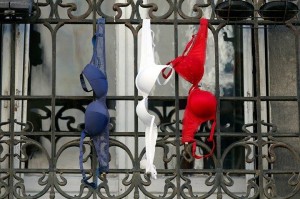 At one point or another in your pick-up, you have to create comfort (or rapport) with your target. This is a must!

You’ll thus have to unveil a bit, to let her see some reassuring elements about you to no longer be a reckless unknown in her eyes. You will also have to show you’re interested in her, in her in life, to show that you are not a clown nor a narcissist.

The goal is not to make a phase of attraction where you’re being a mysterious badboy that makes her wet then switch in “comfort” mode to become as boring as a soap opera on FR3. No! It is better, of course, to establish proximity with your target without becoming boring.

Staying in the factual, the level zero of the game.

The questioning is the worst approach “What are you doing in life? Where do you come from? Do you come here often? What kind of music do you like? Do you enjoy double penetration?” Between tasteless and dangerous intrusive guy, her heart would swing! Be interested in her emotions rather than facts. For example, “What song would be the soundtrack of your life today?”

There’s subjects I advise against (but then everyone does as he pleases and then in the particular context as in a political rally it’s special): politics, money, religion, all this stuff . It can quickly get out of hand and that doesn’t help sexualization nor to be playful!

This is exciting stuff but you do not want to expound on a topic… you want to go forwar in an interaction with a girl you like! You must choose your priorities in life! Also avoid talking about what can make you look like a dangerous guy: it makes sense, instead, to create a climate of confidence. She already has enough reasons to be wary of you! Dirty womanizer! ;) No, just kidding, but rather talk about things that make you a human being: your dreams, your ambitions, your desires, your tastes, your fantasies, your memories, your job, etc.

Tell anecdotes, humorous stuff. But do not tell your stories as you would make a statement at the police station! Give rhythm, have flashbacks, etc. Avoid a maximum to be boring… but do not be too weird either. Some classical and some originality!

I find it vulgar to brag. And way too common among men! Remember what they say “a rich doesn’t need to say he is rich.”

Avoid speaking in a monotone tone, do not go flat out. Take the time when you talk, you will sub-communicate that you’re not afraid she leaves before you have finished your sentence. So it’s cool …

Do not get lost in the details, in the factual, emphasize emotions. Talk about your mindset when you lived the anecdote. Make her visualize the story!

Avoid lambda adjectives. Replace them with original synonyms, metaphors, funny images or surprising comparisons. The stories could be about what you saw that night, crazy people you have met, or cool people. About the actual situations, about people around, etc. Your passions like : I love writing, but why?

Exercise 1: 5 identify themes that define you. Try to say why.

Exercise 2: Write in the comments, or in Word, a story telling of an event that marked you and let us live the scene. What about? What marked you. Life is a movie in fast forward but sometimes we make pause times, or we often want to see again some things in thoughts. That is your reserve ofinspiration, lively and precise.

When you tell something to a girl, it’s better if she does active listening: her imagination is running at full speed! She lives the story with you! She wants to know what happened! She is requesting … that’s the goal.

You can ask questions to get her involved, like “you know what you felt when you put the float in the pool while your friends doesn’t?
– Ah hahaha yesssss
– Well here, I felt like that. So, I no longer want to go swimming. ”

It’s better of course if the storytelling allows her to identify with the situation. Warning: we do not practice narcissism but the conversation must instead be a moment of sharing. One can, with care, give her a different light on her own stories…

Bouncing on a story about what she says, finally, allows to find good conversation starter!

Your turn to play !