The very essence of pick-up 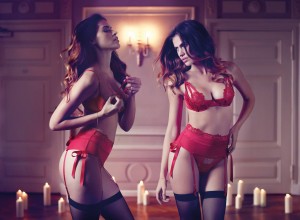 The pickup science is too depended on “Human” : we cannot write absolute truths. Indeed, no attitude works everywhere, all the time.

Snipe explains why it’s normal and why that’s a good thing in our podcast.

However, one cannot infer that this discipline is totally submitted to the subjectivity of every one: it is not only a matter of context. Indeed, there are attitudes that are statistically more attractive than others. In other words: there are characteristics that allow to have sex more than others… maybe not a particular girl and certainly, but on average, we can significantly improve our social, love and sex life through the game. And that is an observable fact that one can quantify.

If I was Ben Affleck, I would not need to act funny or charming for licking a pussy. Chicks would throw on my cock as soon as they would see me on the other side of the street. Not all chicks of course, but a lot of girls though. I would so be responsible for many road accidents. I prefer to be responsible for underwear accidents.

This is not because Ben Affleck is cute that I say what I said, but mostly because he is famous and recognized as a fuckable guy (preselection).

I’m not to the taste of all the chicks (like everyone else). Some I met thought I was ugly and did not want to fuck me. Others found me ugly too but I have doggystyled them anyway. The difference between those that I have fucked and those I have not fucked? I don’t know. Charisma or attitude has probably attracted those with whom I had sex. That said, they are women who found me handsome but I did not sleep with them either.

There’s just too many parameters to consider, and some depend on the girl herself : like, if she is afraid because she never goes out of her comfort zone, if she has no experience in bed and freaks if she knows you’re a womanizer or if she is afraid of the comparison with the other girls with whom you’re sleeping. In this case, there will be conflict between her, herself ans she and except reassuring her, you can do nothing about that. Even trying to convince her is not always enough, sometimes it will definitively block her.

The physical appearance is not essential but it helps, let’s not be hypocrites. Your clothing style has to be taken care of. It’s always easier when you’re a little bit elegant. Although I’m often too lazy to change clothes before going and I fuck anyway… do not take me as a model in this domain!

With a good job and a future, that’s even better. About culture, if we do not include the stupid bitches of northern Marseille it is better to write without spelling mistakes (for picking up on the Internet or by texts) and to have a little (of culture, huh). But no need to spread it like jam.

The power also helps. The more influence you have, the more you’ll have facilities to have hot babes in your bed. I’m sure Norman fucks a lot thanks to his popularity on YouTube, even if it is obvious that he’s a fucking AFC and that without it he would still be virgin. Each one has his technique; the important is that it works!

A silent look is worth a thousand nervous speech. This is the concept of not breaking the sexual tension developed in this book. To learn how to avoid nervous movements and the importance of being or seeming at ease, I recommend rather this ebook.

Being soft, it is an attitude that leads to success. Straight to the goal, like the OM team. Do not overdo, do not do too much shit (do not talk too much, do not be too brittle, derogatory, invasive, attentive). People take enough headaches like that, sometimes (often) where there’s no place … so, let’s be cool, and do not voluntarily surround you with sources of problems (even if they are hot).

To seduce, let’s not play it weird, do not brag, unless it is some second degree humor (in this case she much understand it it’s not beforehand won). Rather rely on listening, empathy, daring, teasing and active listening.

Do not prohibit clichés: the evidence often leads to originality. In improvisation, it is recommended to go from a trite trick and to embroider. Wanting to be 100% original from the beginning to the end of the interaction is taking the risk of finding nothing to say but also the risk of looking like a weirdo. Before breaking a social convention, it is necessary to master it first.

Show her some interest

I know a few authors recommend to never show your interest first. But ignoring a girl all night because we are a pseudo-H2G-alpha-male which who does not approach and does not try his luck unless he is 100% sure… is a bad idea.

Do not hunt down like a dog guy, but show a little genuine interest in her and her life. Adapt to her, calibrate (we cannot make dance a paralytic girl) and use kinos.

Make her compliments, when it is sincere.

Sexualization is double-edged. It must be done, but in a good way! Not being thought of as a pervert is an art, passing her shit-tests (she wants to see if you are not an evil man or a sex-starved) is sometimes difficult. Do not be too vulgar, disrespectful, do not get upset even if it’s the hundredth time you hear the same shit-test “does it work, that line, it with the girls usually?”.

It is a question of social intelligence. There’s times and places to talk about sex… even if I like to do shit and it’s funny, again, do not take me as a model! But yeah, when it’s done right, she dips her panties. She may not admit, she may not fuck with you, but there’s a chance that it makes her feel something anyway.

There’s also a fairly common mistake which is to ask for sex directly. Certainly you would lick her pussy like a God and she would enjoy like crazy but she will surely say no anyway. I noticed that it works rather better when I invite them for a massage, for a glass of wine or for watching a movie (although we both know what will happen because we have talked a lot about sex before and she has been receptive).

In short, there are chicks who love fuck and to talk about sex like guys with guys, others pretend to be shocked and then go talking about sex with their girl-friends. I think if the girl is normally constituted, it stimulates her a minimum to talk about doggy and spanking.

Do not tolerate more than one flake (who has flaked will flake). Do not tolerate being the spare wheel of a girl. Do not ever try chicks that have already rejected you. This attitude amounts to stir the air. When I have no plan, I appreciate the tranquility. You must be full of illusions to believe that if she said “no” 9 times she will say “yes” at the 10th.

That was for the girls in your contact list. Now, when a girl rejects you please learn how to difference a real rejection and a simple resistance. And in consequence, go on or give up.

You know I have been depressed so I know this: being well in my mind, it’s super important. If you do not feel well in your life, you will not be good with girls. When things are not going well, we pick up less chicks. When things go really well, it works almost by itself. There are days with and days without.

The girls too, there’s times when they are more or less receptive. Take the same situation, the same actors: the result can vary a lot from one week to the next. You cannot influence too much the availability of the other (emotional or physical). All chicks that you come across in the street don’t want to be picked up. But let’s do our part, let’s try and remain available. That’s all we can do.

A smile, a punchline, a nice shirt, not giving importance to fails because it was understood that 95% of chicks (people too) are idiots and having a local … that’s enough in itself.

Otherwise… one becomes what one is. You learn to express yourself without being too afraid of what other people thing, you dare more, you assume more, etc. In other words, you come out of the mold. Not everyone wants to become a womanizer and I respect that. But it is still necessary to have the choice and the opportunity to be a womanizer before saying that you do not want to be it. Otherwise, it’s called bad faith.

Well, there would be a lot of other things to say, but the point here was to publish a summary of what works. When in doubt, keep it simple.

I wish you a good contribution to female pleasure!

previousWhy and how to relearn manhood?
nextNonviolent communication