This libertine girl taught me a lesson 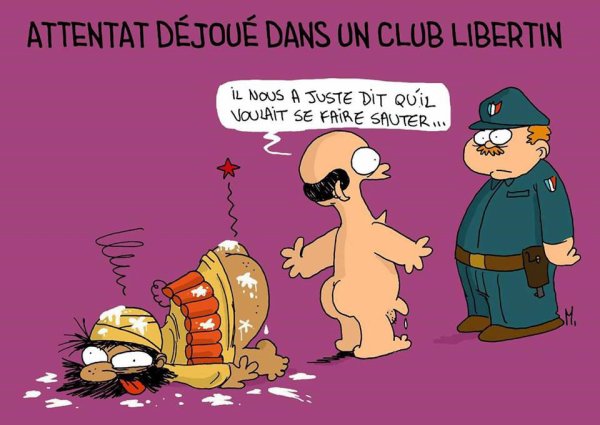 How is it possible ? Since the threesome, I have been flaked a lot. Seriously, 7 or 8 times so I was really pissed off. Last weekend, my parents visited me, so I have been able to plan a perfect schedule for when I would be alone. I had planned to fuck a new one on Tuesday, Wednesday, Friday, Sunday and next Monday. But the one of Tuesday replied that she had a Christmas meal with her roommate instead of our date under the shower. The one of yesterday was going to get vaccinated because she had an appointment with the doctor at the last minute. Fuck off !

Anyway, right now, I’m very stressed every day, I do not even know exactly why. My job, the chicks I frequent that suffocate me, my parents who yell at each other a lot, the fact there’s no holiday on the horizon… A lot of possible reasons.

I chattered and succeeded in bringing the one that was planned next Monday in place of the one of yesterday, to fill the void. What is done is no longer said to be done, and I set myself the goal of fucking 4 new chicks in December so it was time to start.

Who is the girl of last night? She’s called Clara and impressed me. She even intimidated me, to tell you the truth. I was even stressed yesterday, before welcoming her to fuck her. I will tell you the how of the why.

First of all, she is a 25 year old tall blonde with curly hair who sent me a message very well written. It fucking turned me on!

« The young guy who poses in front of a Sex Instructor panel and who tries his luck despite having read “30 years and more only” on my profile but who already knows that I will accept because despite the fact that on my profile it is very succinct whereas on yours is extrapolated, we say exactly the same thing.
Very well, I will play the game even if the sweet arrogance that emanates from your lines made me smile.
I’m not like the girls you describe. That said, your nice speech must work with average women. Mister even takes the virginity of yound girls, so generous!
I am a single woman, a libertine assumed, a submissive slut, I have more simultaneous lovers than there are days in the week, more sex-tapes than Kim K, more fantasies sullied before 25 years than the majority of women at the end of their lives.
I slept with every kind of men and women, sometimes without knowing their name, sometimes without even seeing them, sometimes before saying a word. I did things that I would not even confess to my best friend and that taught me more about myself and others than any other experience. I like to talk about sex, to discuss my fantasies, to imagine a date one thousand times in my head before, by masturbating in my bed. Tell me your best anecdotes, I have two or three ones that will please you, no doubt about that.
Do not misunderstand me, I am not desperate or neurotic, I love sex and I choose my lovers carefully. I respect myself more than I respect anyone else. And as a proof of respect for myself, when I want to have sex, I have sex. I am a big girl, I live alone, I have a high qualification level, I speak 3 languages, I have a job that pays well, many friends with whom I do not fuck and a social life that leaves me just enough time to smoke joints in my bath. I do not care about social pressure and I never regret anything.
You want to give me an orgasm? Perfect. But I will come to your place.
Finally, here is a quote from a misunderstood author who moved me a lot: “a kiss and a heart for you if you are nice <3”
Peace »

So I told her some of my anecdotes, and asked for hers.

“Mine are very varied too, and sometimes involve a more or less attentive audience. Like in this Berlin club where I fucked on a bed in the middle of the dancefloor, livecams that sometimes gathered several thousands of peeping Tom, showers of the swingers club… (beautiful memories…)
A man offered me as a gift to his girlfriend for Valentine’s Day this year, it was so cute he even had the right to taste the gift too.
Another one made me come with his feet in a jacuzzi under the rain.
I fucked in lots of places like the lift of the Cordeliers car park (think of me the next time you’re in), a shisha bar in the Vieux-Lyon, a children’s park on the hills of La Croix Rousse , The Chartreux garden, on the billiard table in an Irish pub on Saint Jean street, etc.
I even managed to have quick sex with the bellman in the hotel where I was working… in the room of a guest who had just get out.
And many other sexual and cerebral adventures that are sometimes so awesome that I find it hard to believe that it was I who did this.
So much the better if my words have made you hard, it will be even better when I will be on my knees in front of you with my lips around your cock and you will not know if it is better to keep your eyes open to watch my ass or to close them to enjoy the sensation of the bottom of my throat enclosing your penis.”

I then asked for some developments.

“Livecam : you can do what you want in front of the webcam, I always did it by fucking with someone, so it becomes a live sextape, we can even read the comments of the spectators while we have sex, imagine how awesome it is.
For Valentine’s Day, it’s a man I met on Adopteunmec who told me about his beautiful Emma, his favorite lover, who wanted to discover the pleasures of female flesh. We only met once, despite he asked for more after, I wanted it to stay a unique moment, it was nice. I will send you a photo he has taken if you want (obviously you want).
At the hotel I was welcoming visitors, it was a 5* palace with a very upscale clientele, often full of celebrities. I had 10min of pause and not one more, so I caught the key of a customer who had just gone away without knowing for how long. We had sex standing up against the wall of his suite that cost €1000 a night. It was unthinkable to make a 3some, and if the customer had seen us having sex in his room, I think the hotel manager would have fired and murdered me. But it’s a great memory.
I will be delighted to taste your magic fingers, nothing more delicious than feeling two fingers (or three) sinking into me while a tongue plays with my clit… It’s like a Kinder Surprise, we know that it is good but it surprises us every time.
I do not know from how many participants we call it an orgy but in any case yes, I like it (gang-bang parties @ The Sun every Wednesday by the way…)
I was in a serious relationship during the last few months (a moment of misguidance, I do not know why) so I had no opportunity to do it for a while but I had some memorable evenings in thoses clubs. At the beginning of the year, especially a hardcore foursome where I went to meet a couple and one of their friends who discovered the practice, and another I had imagined the scenario with one of my very creative lovers who wanted his 38-year-old girl to stop being so tight-ass by making her watch me getting fucked by two men at the same time.”

So I gave her my email address so she sent me the photos and we began to exchange kinky pictures. Me pictures taken a few months ago when I had a correct body and she sent naked pictures. I even got one taken directly from her bath! Another legendary message she wrote to me:

“I’ve never taken any virginity and I do not plan to start now, if it’s to get bored with a guy who does not know what to do with his 10 fingers and needs a map to find my pussy, no thanks, I am not a scout who must do something good!
On the other hand I like very much to behave in a very kinky way when I feel that the guy is a little shy or tight-ass, I like to scream very hard and ask him to come on my face!”

She really was my anti-flake joker, that one. If she, she flaked me, then it was really the end of the beans or some kind of Cyprinian curse. I would say to myself that there was an embargo on the females and that I was going to finish gay!

She arrived, a very hot tall blonde (1m75 / 55kg), sexy. My joke made her laugh when she found me dressed in the dim light. Standing, one in front of the other, she kissed me directly, I kissed her back. I put my fingers against her pussy a little too dry for my taste. It was better after a few minutes until she slipped at my feet and taught me a lesson: she sucks divinely well. I could not describe. I just wanted to finish, to enjoy in her mouth, but since she had found my blog, this damn pussy, I had my reputation (as an awesome pussy licker) to defend.

So I licked/fingered her and she came. She even has become red. My honor was safe. Then she got on all fours and begged me to fuck her in that position (doggy style). I looked for my condoms but my mother did the housework when she came and put them away… in any case not were I usually put them (under the bed). Fuck, I seemed stupid. Well, then, I did not resist long: her ass is really not bad, so I took it. I did not lasted too long either because I was very excited by the half finished blowjob. I stayed hard in her a few minutes before coming, just enough for her to come a second time.

Then she went to the toilet and left. She lives in a bad area so did not want to come back too late. That’s what she said. And then, she did not feel very comfortable after the act, I think, the conversation was not awesome, she really showed off and I’m not too much into it… I would say that’s rather why she left because I was not very comfortable either, and our kisses were not really compatible. Or maybe it was something else, maybe she’s married or has a kid waiting for her… or whatever… I’m not going to torture myself for an hour about her.

In 45 minutes, this case was closed. Not like her pussy! I had never seen that! Before leaving, she told me that Clara was not her real first name but that it looked like it. The mentalist that I am ended up guessing! Phew, I like to know who I’m penetrating, I’m not a glory-hole! And you, have you guessed?

Last anecdote: she told me she has taken a picture at her workplace, in her garter belts, on the chair of her boss. That gives me ideas…

Well, may the God of the Game be with us!