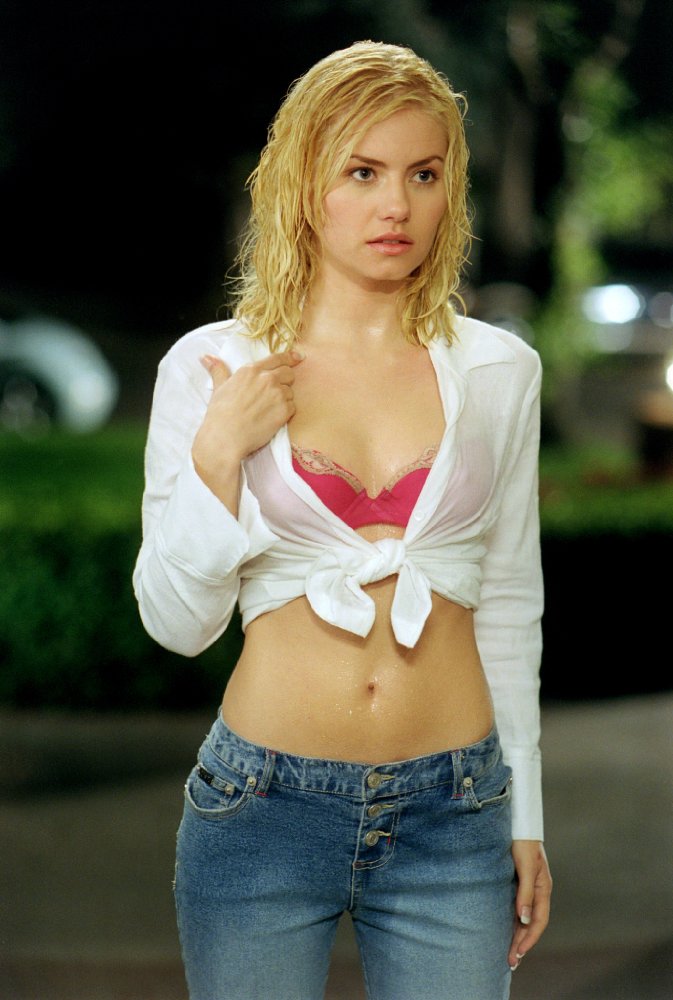 This weekend was rich in emotions.

On Friday night, Tinder’s girl, who had flaked us, finally came. This is the one I call “Diplodocus”.

A little reminder: we had planned to see her three weeks ago but she used the excuse “I have a boyfriend now” to get cold feet. I had treated her as a “little maid” and it made her react. She finally admitted that she was not really in a relationship and came to see us.

She was invited at a moment that did not suit her, just to annoy her (revenge). At 9:30 pm, after my acupuncture session.

It’s The Teacher who went to open it while I finished taking my shower. My accomplice is not really stressed by this kind of plan anymore, now it’s cool.

Behind the door, she discovered a beautiful blonde with piercing blue eyes, taller than me. She was friendly and rather funny. She’s crazy, to be honest. She is completely nymphomaniac, quite extroverted. I had a lot of fun. She makes jokes all the time with her accent of Toulon, it’s cool, she reminds me of the south!

We sat around the table all three to discuss, the time I swallow my slices of chicken rillette. Meanwhile, the girls drank the good white wine that was in my fridge. Then, I took out the “mouthwash” (that is to say, the Get 27) so that they smell good.

Then, we made a game of dice with naughty pledges. At first we came across “1 – truth question”. I asked, “How many times do you think you’ll come tonight? The girl from Toulon said zero and The Teacher at least two.

Then we did 2: we had to kiss languidly, all three. And then we did “5 – oral sex”, the two girls threw themselves on me by mutual agreement. They got rid of my clothes without I was being able to do anything and blowed me together for at least five minutes.

After a while, I took The Teacher in hand and started to lick her. The Diplodocus positioned perpendicularly to my cock and sucked me by looking at my girlfriend, right in the eye.

Then my darling was lying on her stomach waiting for the other to recover. I went directly on her and fingered her from behind caressing the clit with the other hand. The situation and the maneuver again drove her crazy in a few minutes. Already two orgasms for her! In fact, this kind of situation excites her thoroughly, as in the swingers club!

It’s because our relationship has changed. She is a lot more confident and trusts me now (she knows I will not leave her for a girl I hardly know). In addition, on Tinder, we meet girls who really love girls, not just curious heterosexuals who have never touched a woman!

We had a little “shower” break and then the girls went back to having fun together. I soon became hard again but I had a hard time keeping it hard, if you want to know everything. I took my girlfriend hardly, which resulted in the enjoyment again. The blonde enjoyed too because my brunette was grazing. Then, I took the tall blonde who was licking then my girlfriend. And she orgasmed again, my favorite lawnmower!

The tall blonde did weird positions after the doggy. Like, she crossed her arms behind her back, as if to make me handles. I caught them and she got up, to be fucked in extension. Then she made us the position of the pebble, that is to say, she curled up on herself in fetus mode so that I fuck her. My cock did not like it too much: following a false movement, I went out and wanting to go back, I banged on the edge of the buttocks: it hurt me so I I lost my erection.

From there, it was hard (or not, precisely). The two girls were lying in front of me and I masturbated watching them. The orgasm was good anyway.

So we made 2 threesomes in less than a week. It’s a winner’s life, that! I do not see why I would tolerate being treated like a loser at work! Myself alone, I fucked more girls than all these losers of the office together.

It should be known that my fuckers boss renewed my trial period for a period of two months last week. Except they are stupid, because I already hesitated to leave but had no time to look for something else. There, by extending my trial period, they give me two more months to leave them overnight.

Their idea in doing this was to put pressure on me. They want me to better integrating (ie, drink alcohol and eat shit with them). And they also want me to bring home files at night because, with all the moves, according to them, I can not be up to date in the office otherwise.

But it has an opposite effect on me: I react negatively to this type of pressure. I want to work for nice people, who do not talk to me badly. For such people, yes, I give my best! But not for assholes who think they’re holding me with their money. In addition, they attracted me to their firm promising me to start the three-year internship to be a chartered accountant but it’s still on stand-by… if it’s not bad faith, that? ! The girl I replaced had to accustom them to say amen to everything, it she either a pigeon or a submissive, but that’s not my case!

This week, there was also the starting pot of a collaborator. So I told my girlfriend to come and see how the aperitifs go there, to give me her opinion. I wanted to know if it’s me who completely derail or if they are really stupid but think they are gods.

Her opinion :
– There’s one of the bosses who is nice, but he behaves like a retarded teenager of 50 years: his biggest passion is to go out at night and get drunk in the bars.
– The other boss, fat and short, clearly has something to compensate so he over-plays the “macho” side. This is the kind who believes that his attitude gives him charisma while it would be better for him to be more modest.
– One of the collaborators is a rooster, a nigger who yells everywhere, who asks “SUCK MY DICK?” very loud to talk to colleagues (even in front of unknowns). He is typically the type that seeks to attract attention, speaks the most but does the least. He and the other fat are clearly in the same wavelength : they do not realize they are chartered accountants… so they broast and behave in an ultra-arrogant way (but it is not credible) !
– One of the collaborators welcomed my darling by saying “you’re a teacher but it’s not a real job, you’re always on vacation!” It was the same who had told me, the first day, “you’re not a little young to be fat, you?” (You must know that she herself is obese.)

Clearly, they made no effort to put her at ease so we left at 9:30pm. Overall, she concluded, “It’s a beautiful gang of assholes, I understand you’re not at all comfortable in there.”

Another anecdote: during this drink, I did not want to drink alcohol. But they served me anyway and forced me. The next day, I told them “I must not be motivated enough because I will not bring home work, I want to work to live, not live to work”.

They know now that I’m going to leave, and that I can leave at any time (as soon as I found something else in fact)… so they softened. There are already two vacancies in their cabinet, a third, it would score bad anyway!

previous20 questions to ask a girl to make her crazy with desire!
nextConversation topics: 20 good ideas for sexualizing and avoiding silences with a woman