Thunderstorms turn me on 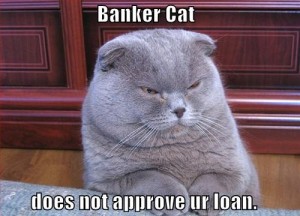 It is the story of a girl I have poked after the official reception of Les arts et métiers. Found in the list of the event. She did not answer my poke by “who r u / do I no u / y do u pauke me” unlike many illiterates but by “What you write is really cool“. Hell yeah, I have more class than all the high schools of France added up!!! My heart skipped a beat: an attractive girl, a brunette with blue eyes, who flatters me and who in addition likes all my photos… I know plenty men who would have got hard for less than that. Me, I need at least that all the same. :)

Almost two months had passed by on the chat and we had still not meet up. Strange, she nevertheless looked motivated and I really felt a good energy between us (yeah I think that it can be felt through the computer because everything is related in the universe). It is necessary to say that at the moment I revise my exam a lot, to don’t miss it again… And with the sport and everything, that does not leave me a great deal of spare time. She, from her part, has other cocks she can jump on during this time thus there was no urgency either on one side or on the other one.

We had to meet last Friday but she had not answered my confirmation message about the time and the place. Her excuse: “You will say thanks to the Facebook messenger app : I had almost no message this week… I have just reinstalled it but I less trust it thus I give you my phone number it is preferable“. I was averagely convinced, used to the chicken excuses of most of the girls who assume nothing, then I sent (with the tact that characterizes me which is btw the main reason why I did not try to be a diplomat) “when do I fuck you ? Storms turn me on. I hope that SFR is not also going to prevent from enjoying together.” She answered “If we have to wait for the next thunderstorms to enjoy together that risks to be long“. This repartee made me hard again. She thus officially invited me to take a hot shower at her place seen that the temperatures fell (and that there was a thunderstorm). Even if after the crazy girl of last time, I was rather afraid of a cold shower, it is all the same the kind of invitation you cannot refuse!

Date fixed yesterday (or rather the day before yesterday because it’s past midnight as I write). I arrived directly at her home by 6:30 pm while I was invited at 6 pm, normal: we lied down on her comfortable bed and we talked. At the end of a few minutes of discussion, I started caressing her leg casually. She caressed my the arm as an answer. We spoke normally maybe during one hour and I had my hand in her panties under her black tunics as if it was normal all long. After a while, that eventually perturbed her all the same thus she kissed me then sucked me, I licked her and she jumped on me. Here is a summary that straight ahead gets to the point! ;)

We began to kiss, her on me. She came by rubbing herself but she did not make too much noise. A shot in missionary then, before taking her doggy-style while pulling her hair. I dunno why, she had told me that she did not really like making the dog on all fours but me I adore playing the trainer and submitting the bankers. Finally that did not seem to displease her… that was probably just a prejudice like that! All this commotion lasted several hours, without lying. At least 2. I thus put interests to the bank then removed them then put  them back and so on.

At the end of the rodeo, she complimented me “I really like the way you lick“. “Thanks you, yours is good too“. She told me that it changed her from the other bankers she is used to who brag all the time but are tight-ass in fact. Me I brag but at least I am funny and a good lover. ;) Having said that, I imagine that they are many, between the customers and those who work with her, who want to take her against the reception office by making her bulge her files!

The only negative point of this story it is because she wanted to do too much, she wanted to caress my testicles when I took her in missionary with legs on my shoulders. Me I don’t like that one caresses my testicles, nor licks them ! Besides, she saw nothing there thus she sent their hands there blindly… And all at once I felt a big pain. I withdrew: I saw my right testicle that went back up, I slapped it to make it come down back on its place. As I write, ie more than 12 hours later, I have still pain even when I do not touch (when I touch too of course) but I have the impression that it is back in place. It is certainly just a bruise, well I hope: I checked on allodocteur just now and Michel Cymès started to enumerate all the possible pathologies, what had the effect of giving me an enormous dizziness and I collapsed. I’m not kidding… I switched off the computer and took a lexomil.

Except for this misadventure, she’s really nice this girl! Cutie, good energies, cultivated, intelligent, open-minded. I spent a good moment, I guess that she too, thus we logically wished to extend it. She cooked me something and we spoke until 1:30 (am of course). Ah, and I love her cat. For God’s sake, I have not still talked about her cat but I have fallen in love with it. Too beautiful, too kind, too soft. It is a big Persian long-haired white chinchilla with magnificent round quite brilliant green eyes. He put me hairs everywhere, the scamp. Well, needs to say that I spent hours caressing it (almost as much as its owner) and he gave me kisses with its quite pink nose (almost as much as its owner). It seems that it does not love everybody then I appreciate the compliment!

Well after all that, I went back home by being quite stressed in the street (nervous up to the skin of the glans). Sleep. Then at noon, I saw Virginia: she cooked me a cake with cherries and we made love. I love this girl, she is really classy and soft. What did I do to deserve her? I don’t know. Or then I don’t deserve her not but I created my luck by multiplying the meetings? No sé, but she is as an obvious fact for me. More and more!

One last anecdote in touch with pokes. A girl, a kid, sent back me one something like 20 pokes then wrote me “what do u want?
– don’t play the hypocrite you know it well
– ah well I would have preferred not to know !!!
– good for you ! so why do you poke me back ?
– I always answer ! and it is a shit your technique
– oh really, who are you for saying what is a shit or not ?” With this, she blocked me without answering. I thought that the matter was resolved. But not even one hour later, a big 16-year-old idiot came talking to me to threaten me (value does not await the passing of years). What about the respect of the seniors ???! Roughly, she went crying next to a guy by telling that I had poked her and put her back in place when she had started bullshiting me. The guy wanted to brag, to show that I was a jerk and a pervert (I’m just quoting him) and thus shine in comparison to maybe fuck her. But no, stupid kid, you will still be asexual in her eyes!!! As a consequence I raised him too and he blocked me in his turn seen that he had no argument. Except that this big shit published my profile on his wall by writing “he is a dangerous crazy pervert, block him, he pokes you to fuck you!” As a result, a lot of kids came to tell me that I had poked their friends and that they were going to find me and that they would kill me when they would see me in the street. Ridiculous! If the girl is not interested (she has the right to don’t like Men ;)), she does not answer and basta… I am not the kind of guy who harasses. It is an illustration of the phenomenon of the monkey that hopes to fuck girls by behaving as society formated him. I took another lexomil (I am going to go in cure of detox if it continues) and sent them all to Hell. I can tell you that they do not like when you don’t give a damn of their opinion or whatever, that drive them crazy to feel your indifference even your contempt. There are all the same fortunately 2/3 of their friends who came to tell me “It’s nothing they are just kids forget them” but also a lot of competition idiots I had not even poked wrote to me “Me, you won’t bang me. Never.
– good for you, I don’t care about your pussy, darling“. It is true, fuck, if they are so idiots, why would I teach life to these pitiful…? It is not because I poke a girl that I beg for her pussy (I poke in automatic mode and sort out then among the answers – it is what I call the rational on-line pick up). From now on I thus won’t answer any more to the girls who will answer my pokes by something else than a compliment otherwise it is going to turn to shit because I’m becoming intolerant to this idiocracy (I would spend too much time and energy in that but I hate not having last word then it is going to be hard). I shall miss some nice fucks but I also avoid quite a lot of headaches! Widely profitable!!!

Well, otherwise, the small banker has already sent me a text. Thus, it is cool! According to her, all those whom I did not fuck and who play the frightened virgins when they receive a poke (because we inculcated them that it is not good for a girl to have sexual thoughts) would have won in discovering the legendary backbone of the PUA of Aix. It is very kind of her to tell me that… I am going eventually turn red with swelled ankles if it continues! That would not be really esthetic. :)

It’s up to you now!!! Read Secrets for seducing on the Internet if you don’t know how to start!!!

May the God of the Game be with us, poor men who undergo the bullshit of our counterparts and the moods of the women !