Top 10 of tips to make out with sexy chicks 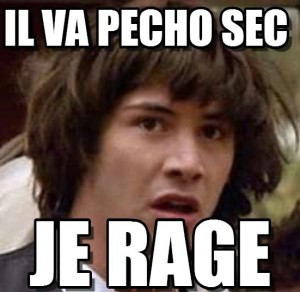 The game begins when you’re coming in. We must therefore watch your body language to be a center of attention (that’s why the servers are so successful in bars in addition of social proof). Stand straight, open up, make sure and slow movements. You must display a zen aura, one must think that you are relaxed (although this is not the case).

Remember to smile, but not too much. Instead, make little smiles : the kind we do when we get a private joke that others have not understood.

#2 The eye contact : do not be afraid of women

Too many men are afraid of women and it can be read in their eyes. Make her look down the first one by maintaining the eye contact.

#3 Talk to her like if you already know her, be a player and fun

If you start to get uncomfortable or too tight-ass, she will feel it and the bad emotions are contagious. Instead, consider flirting as a game.

So have fun, use funny and daring lines. Make her have fun, show you nerves. Over-play your confidence and show that you do not take yourself seriously.

Break the ice, be fun, playful and relaxed… like if you were with an old friend (so touch her that way) and see if she agrees to discuss with this dynamic (or frame). If this is the case, it’s all good and be take more initiatives. If this is not the case … next!

Too many guys keep silent because they do not know what to say. So, prepare some “openers” to avoid being always silent. There are plenty of examples on my blog and in this ebook.

These same guys, when they finally speak with a girl switch in an interview Mode “how old are you, what do you do in life, what’s your name, do you suck dicks?” : This is not original (it bothers women and thus makes them want to go away) … but a good pick-up artist should be the exception to the rule.

By the same logic, do not stare at every asses in the street like a hungry sex-starved loser!

You talk to a girl: you needed some courage and effort to get there. But you should not give it too much importance just because she has a pussy into which you would feel warm.

Too many guys cling to girls who are OK to talk to them because they do not want to have to make the effort to approach another one… so they attach themselves and invest in them too much ( and often disproportionately so it scares women away). Don’t pay for a restaurant during a first date, for example.

Rather, YOU must be, the price in the interaction: you must reverse the balance of power (first of all in your head so that it is materialized in real life). It is way easier to fuck a girl when we know we will be the best lover of her life and that if she does not want and would rather want to fuck losers… well, that’s too bad for her if she is an idiot who does not understand anything. This is called a positive belief, it is not necessarily true nor false, it’s subjective but it helps to get ahead in life.

Once you’ve slept with her, if you still want to be her boyfriend you can behave as such. But still do not become too sticky and needy. And do not confuse love and sexual desire.

#6 Do you ever get discouraged

Me too, there’s nights when it does not work. Nights when they all are “sorry I have a boyfriend” or “sorry I am lesbian” (or other fake shitty excuses that are sometimes only virility test but hey it sucks anyway). But you should never give up. It’s part of the game!

You should have enough inner strength to do not be affected by the wickedness of some girls who no longer feel sooo powerful when we approach them. The nerves and perseverance pay (not only in pickup).
Be careful, the game can be dangerous for your nerves …

#7 Instead of bragging, make her talk

Do not boast, it is not an alpha male attitude, but rather of guy seeking for approbation. Now, a sexy guy is not trying to prove things. “A rich doesn’t need to say he is rich.”

So instead of trying to qualify yourself by talking, make her talk about her about things she is interested in. People love it (we’re all a bit self-centered), even the women, and in addition it will rest you. Make active listening: she will find you much more friendly.

#8 Go too fast rather than too slow, dare

As she speaks, feel free to touch her or make innuendos. You will see how she reacts. Know that women are followers of the implied consent (because of social pressure, she is not going to jump on you because she’s too scared to be thought of as a whore).

For your own comfort, please go rather too quickly, too direct, than too slowly or too indirect, it will avoid ambiguities and thus friendzone. In addition, she expects you to be manly and that you want to sleep with her: you do not want her to take you for a gay anyway? You must desecrate women, you must know that they are not so pure nor innocent as some believe. Do not judge them for that. Do not call them whores. Enjoy it instead: yes, they love sex, especially when it’s done right, and that’s good for you too.

“It is better to ask forgiveness than permission.”

#9 Do not let her play with you

Lambdas men, guided by their pecker, yet only very rarely sleep with chicks (of few girls). So, women can get away with playing with them, boss them around, make them do what they want like paying drinks and everything.

Do not go into this system because, except in cases she would want to marry, they are not turned on by the “pigeons”. Paradoxically, all these efforts and attention are fun but they lose their respect for you when you submit to everything. Learn how to say no. To make her pay drinks for spending time with you. It’s like the cat with toys: as long as it moves the cat plays but when it falls between its legs … the cat loses interest.

#10 Be everywhere, approach a lot, get used to talking to strangers

You can multiply your chances of success by picking up on the Internet, in clubs and why not in the street. More option you have and the better it is. You should play on numbers.

Must also work on the technique: the trick is to get used to talking to unknown(s). The more you practice, the less it will cost you and you will be less dependent on the women you approach. They feel it and your attitude becaming more “I don’t give a shit I’m sexy” towards them seduce them (they usually love this attitude).

Last tip: approach quickly, something like three seconds after spotting a girl you like. Otherwise, she will take you for a psychopath or a guy without balls who need an hour before finding the courage to dare and she will lose respect for you (and you lose some value in her eyes just like those who use false excuses like “do you have a light?” and then try to pick them up it’s a shame). Or you will ask 36 000 questions and be put under stress then get cold feet at the time of spending a speed or then approaching her but perspiring malaise and solitude.

And you, what advice would you give?