WARNING : do not imagine link between things that are not linked ! 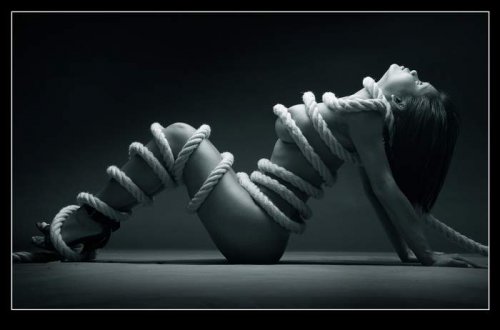 There is a negative attitude I have often seen in people who begin in the game (and with myself when I started). This is the attitude of imagining connections between things that are not connected (often to be reassured).

Concretely, what does that mean?

Imagine a guy was trying to pick up girls in the street but he got nothing for months. Then one day, he had the brilliant idea to go on the field by wearing a hat. And that day, miracle: he took the number of a girl! His conclusion will probably be : “oh fuck, as soon as I wear a hat, it works.”

Wearing a hat would be THE ultimate seduction technique?

The problem is that next time on the field, this guy could become superstitious, and force himself to wear a hat to pick up chicks. But the truth is that he would surely have taken the same number even if he had nothing on the head (this was statistically THE hottie who wants to fuck you for the fun without complicating everything). And therefore, objectively he will have the same results with or without hat in the future.

The excesses of this thinking are twofold:
– There is a false belief : we need a hat to seduce;
– It can be believed so much that this ridiculous belief could be transmitted to young Padawans who come for advice.

I took the example of the hat because it was easily understandable but it’s not where I was going. And the fact is that, in practice, the hat is fine for some people. Moreover, to open sets at night, it can be cool and efficient! The perfect example would be: a guy wears a hat one day and finds €20 on the ground and it has rarely happened to him before. So he thinks he can find money on the ground that he is wearing a hat and therefore starts wearing it every day. If, he finds some money on the ground in the future, it will strengthen his belief (even if it is still less than before).

But it is when applied to seduction schools that my reasoning makes sense. You will better understand with a story!

I have a friend who has practiced Street Pick-Up (SPU) for several months before fucking his first girl met in the street. When I went on the field with him, he yelled “no, you’re too direct! This is not how to do: me, the only one I have picked up, I talked to her for almost an hour before asking for her number. “

Result: he loses even today hours talking with chicks to finally be told “oh no sorry I would have liked but I have a boyfriend” (or any other variant). And except that day, that was maybe blessed, he is always coming back empty-handed.

He is still convinced that this is how he will have the best results. Period. He is blinded by the fact that the only time he fuckclosed thanks to a number taken in the street, it was by doing it that very indirect way. Suddenly, he no longer sees the downside of his processes (huge loss of time).

At that same session I did with him, I was very direct. I have not taken a lot of numbers, that’s true. But I fucked one of the chicks I had numclosed… and yes, she was hot! Isn’t it stupid to talk about everything and nothing with a girl not interested when, thanks to the numbers, we could talk about sex with an interested girl.

Instead of understanding me and to question his ways, he criticized me and told me that I JUST had a fluke. Well, sure, luck played… but still! Him, it was for more than six months he was hitting the streets… and he got one street-FC in Lyon. Me, I did a session and I got one street-FC too. I do not say it enough: be pragmatic and make your time profitable. I had the chance to exchange on the subject with people who are knowledgeable in SPU (Snipe for example) and I KNOW it is by being direct that we maximize our results.

Seeing links where there is no link can therefore turn you, like my friend, to methods that do not bear so much fruits and block you into dead ends for years (principle of consistency). So beware: put things in perspective before jumping to conclusions!

Another thing: sometimes, guys do not think for themselves and take for granted things that a person they consider objective and good said. For example, a woman (usually their mother, sister or an ugly friend) told them with a peremptory tone that they must behave in such a way to have success (eg “be patient and pay for everything”). Since that day, they reject any advice from “competent” people (by that I mean people having concrete results and knowing how to transmit their knowledge) even if they their efforts did not pay so far. It’s stupid, not wanting to be “alpha”!

My opinion about seduction tips from women: “If you do not fuck her, do not listen to her.”

First, because maybe the girl who gives you her opinion is sincere but does not match the type of girls you would like to fuck. So, since there is nothing absolute in seduction, it directs you in the wrong direction: how to seduce the women that you do not want.

Furthermore, because the social pressure must be taken into account and that women who have not slept with you have often more difficulties to talk frankly about these things. They are more interested in maintaining their image of “purity.” It will be harder for them to do so if you just banged them in doggy style with some little spanking !!! The ice will also be broken: they will less feel shy.

On the contrary, some say that all the girls are sexually hardcore and everything. But as you do not see it in the life of every day, you will be in misunderstanding and think you’re ugly. But no, it’s only because they describe their reality when they say that … because with their girl-friends they talk a lot about sex (like us). Some will even exaggerate about their sex life to look smarted : but if you talk about the fact that it can become real with you, they may get cold feet because they do not often assume the fact of having oversold themselves. How to cope with all this shit? Make your own opinion and talk about gender relations with your conquests on the pillow! You will discover the reality for yourself and it will be even better (if you want you can read my ebook to take a shortcut).

I do not even talk about those who do not even know what turn them on nor about those that teach you how to be a good but submitted HUSBAND (not a good lover nor a good one-night) to better manipulate you.

In short, you can not imagine with the human: read the advice of competent people, experience to make your own opinion and draw YOUR OWN measured and thoughtful conclusions from repeated empirical facts. And finally, we do not forget that hazard controls our lives a little bit.

previousHow to find a good sexfriend when you’re a woman?
nextWhy women don’t reply to you anymore ?