What I am going to say is very unhealthy 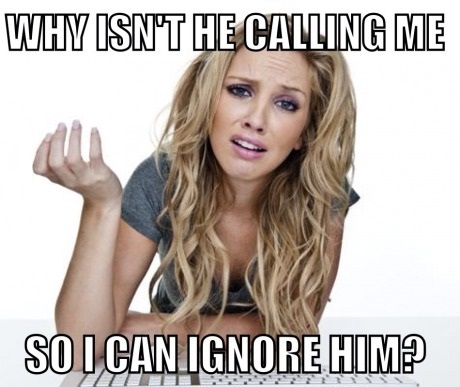 I finally found a LAIR in Lyon, which is a nice one, in addition. They are cool and are younger than me: next to them, I seem to be 22 years old. So I found the fountain of youth.

There are two guys that I took especially under my wing. Because they are really friendly and motivated. One is a virgin (22 years old) so he is a big challenge for the PUA that I am and the other lives near my home so it is convenient to walk back home in the dark of the night (in addition he is a sturdy so I feel safe). So we often go out together.

Last week, I initiated them to crash & burn. Result : Chromosome Y who had KissClosed only one girl in his life has kissed 4 since that night. And the sturdy giant also kissed one girl. For my part, I tasted the tongue of a cute blonde in a bar. But nothing more (I did not fuck her). That’s why I say I have not enough impact, there’s too much waste in my game right now. I really have to find fields where I feel more comfortable.

I have not yet practiced SPU in Lyon… and I have no excuse because here, unlike Aix, there is plenty to do. I swear on the holy bible (The Game of Neil Strauss) that I will move my ass and fuck a girl picked up in the street this year.

Last night I went out with them again. I initiated him to fast seduction this time.

Just before putting my nose out, a chick of my age met on Adopte (she will be called CPE because she is a CPE in a boarding school – I must have a problem with authority because it turns me on). She had sent me a text message “do you have got something planned tonight because I want to visit you ?
– yeah I go out with friends, we can meet up tomorrow if you want to
– ok tomorrow I go to a bradery with a friend but I can come after”.

It is certain that if I was home doing nothing, I would have fucked her last night. But I went out with my friends instead: I’m not a sex-starving dude and then it made her respect me to see that I don’t put her on a pedestal just because she has a pussy.

This afternoon, on the other hand, her visit was a good thing because I was home watching Girls. Seriously I am watching season 1 and there are one or two funny characters that I like then I have fun watching this. And then, this kind of show allows me to better enter the mind of the chicks.

What I am going to say is very unhealthy but you’re used to it now : the CPE looks like my cousin, the one who is general practitioner. She also is one head taller than me. And she’s cool. So I had every reason to honor her.

When I arrived home at about 6 pm she asked where she could pee, directly. In my toilets, there’s a book about Feng shui so she asked me if I practiced. I told her “that and many other things” while approaching her and placing my hands on the bottom of her back. Then, I went up, to caress her neck and breasts. She ended up kissing me so much the sexual tension was superior to her belief that it is the man who has to take the first step. She could not handle more, she was very excited.

I kissed her in the neck, she took off my t-shirt, I removed her top, opened her high-waisted pants and put my fingers in her panties. We knew each other for 20 minutes when she orgasmed, standing, for the first time.

She was still trembling when she sat on my bed. She started to jerk me but she has a too tight grip, it hurt me. So, I swung her on the bed and licked her. It was long, I would say 30 minutes, until she came one more time.

Small hug and glass of water to recover before the second round.

After I fucked her again in missio/doggy style while she touched herself at the same time (she knows well her body) and she enjoyed for the third time. After the orgasm, she told me she had contractions and formication everywhere. With my usual delicacy, I answered “yeah, it’s because I fucked you very hard!
– I admit, 3 orgasms in 1h30 for a first time, it’s crazy.”

I sweated a lot and she also went to shower. I found her sexy with a towel around the waist… so I took a picture. Eh shit: I activated the flash, fortunately she did not understand anything!

After, we talked a bit: she loves animals, has traveled a lot and has visited many zoos around the world. There is an animal that has marked her mind this summer: a lizard with two heads, whose name I forgot… I thought that with two heads, I could lick two girls at the same time! It would be awesome.

Otherwise, I also see again the cardiologist of last time: I pricked her blouse to make a picture and recorded her while I licked her. You can listen to it here (not available anymore). That made me laugh. It’s a bit bordeline, but I hope she will not be hurt.

On the other hand, I really hope she does not want more than an improved friendship because I find her a little sticky. That said, I still have chest pain so she checked me and told me my heart was fine. So it’s just stress, it reassured me.

In the section “less cool things”: Virginie currently makes me a crisis of nervous because she finds that I do not respond fast enough to her texting (it is true that sometimes I answer the next morning to something she sent me at 5pm, but well…) The long distance relationship thus begins badly! But please, understand me : I’m very tired in the evening and quite busy too. And then my phone is in silent mode all the time.

At work, it’s OK. But at the moment I am at the reception because the secretary has resigned… and it’s boring because behind me there is the office of the niece of the boss who watches everything I do. And as soon as I do anything other than counting: I’m entitled to a shitty comment. I call her the eye of Moscow, this asshole. So I can not pick up nor go on Facebook during business hours and that’s really not cool…

About the CPE, she has already sent me a text to meet up again. Maybe I’ll see her again, maybe not. We’ll see.

Kisses. May the God of the Game be with you!