What is love in reality? 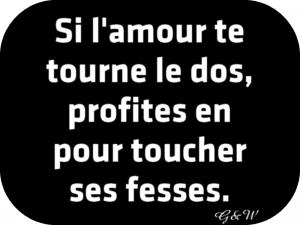 What is love in reality? The word “love” often refers to a strong and positive feeling, so it is commonly opposed to hatred, indifference, neutrality or even apathy. It is one of those nominalisations that everybody employs and under which everybody puts what he wants; Two people can talk about love, can say “I love you” without this word is necessarily covering the same reality for both. But in general there is an anchor with the words “I love you” which produces a strong reaction (some jump for joy, others run away, others buy stuff…)

In all its various forms (affection, sexual desire, attachment, commitment, conjugal love, filial, paternal, maternal love, love of God, charity, love of other people, etc.), it pushes those who feel it to seek physical, spiritual or even imaginary proximity with the object of that love; It acts as a major factor in social relations and occupies a central place in human psychology, which also makes love one of the most common themes in art.

The question that I am going to try to answer today is complicated: is love a social construction or is it inherent in human nature to fall in love?

The famous moralist of the seventeenth century, La Rochefoucault thinks, “There are people who would never have been in love if they had never heard of love.” According to him, therefore, love is not a universal human tendency. I think if we’re in love, we know we’re, that’s all. So if we ask ourselves so much, we probably are not.

But why would love be a social construction?

In L’Amour et L’Occident, Denis de Rougemont, speaks of the conception of True Love in our society and tells us that it is a European invention dating from the Middle Ages. Who does not know the myth of Tristan and Yseut? Love, born of the philter erroneously poured out by a servant, would be a dangerous force for the social order.

But then, why should society have mythified Love?

The culture that idealizes Love creates a whole economy of affection. According to this culture, Love is what gives meaning to our lives, it is a mine, an emotional treasure. Love becomes something dreamed and desired to excess. When you do not have it, you absolutely want it! Or, at least, you want to have something that symbolizes it…

But at the same time, the definition of Love is so touchy, so demanding… that it is difficult to meet and to keep it. Everything must be perfect (the Prince Charming), we must enter into the mental schemes for Love (the exclusive couple). Now, all these conditions are so restrictive, they make us so demanding beings that the possibilities of living emotional exchanges become very rare. This is how affective assets become luxury goods. They are given an aura, a shine, a value that is completely disproportionate. This engenders schizophrenic individuals, who build an ardent desire for Love at the same time that they build a definition too demanding. Torn beings who make themselves dependent on an ideal at the same time that they make it inaccessible.

Paradoxically, it is often those who are the most lacking in affection, who are the most insecure, that integrate the dominant myths and behaviors of affective capitalism because their lack of experience does not allow them to step back, to understand that these myths of Love are precisely myths. We all are delighted by love stories, we love the idea of a sincere and eternal love, but the reality is often more disgusting than that.

And in other eras, in other cultures?

If the writings and correspondences allow us to grasp what was the family, social, friendly, and sexual life of the Greeks and Romans, it is more difficult to know what about love during this period of time, in Antiquity! Perhaps in those days, the love sentiment as we hear it today did not really exist…

Marriage was above all a social act which served above all to guarantee a patrimony and to secure a legitimate descent, without naturally excluding attachment and affection. If the wife had absolutely no right to be unfaithful to her husband (in theory she risked death), her husband had the freedom to have relations with other women, provided that they were not married or of inferior social status (slaves, prostitutes, concubines). But among the high-born Romans, as in the Western nobility and aristocracy, morals were often freer than moral theory for the use of the people. Still today, surely that the stars in Paris make orgies between them.

Moreover, I have found no information about the conception of love among the few tribes that have not been contaminated by our culture, such as the Amazon tribes. Maybe because it’s too complicated to talk about it with them.

As for the animals, they can feel love or at least feelings (for example, science has shown that the dog who watches his master secretes the same hormones as a child who looks at his mother). But that does not mean that they can fall in love with the way we hear it, nor the opposite.

I am not totally negative, however, because there is rarely smoke without fire. I think Love exists, yes, but probably not the mediated, magical, idealized version that we use on TV, in advertisements, in songs, movies, novels, and so on.

On the other hand, I believe in romantic love, which can begin with love passion: it is then a subjective experience that is involuntary, difficult to control and transient. It is characterized by obsessive thoughts and intense attention to another individual idealized. This idealization, produced by what is sometimes called the “pink glasses” effect, is often accompanied by intense possessiveness. All this was accompanied, of course, by a state of great euphoria. The new couples then exalt their new relationship, claiming it is special. And that is how the myth is perpetuated.

I also believe that love is an experience in which we are only the victims of a biochemical cocktail more powerful than GHB and of which one can wake up with a hangover.

I know, on the other hand, that many people fall into the trap of what I call pseudo-love: between lost people, one can cling disproportionately to one another like an oyster to its rock. That is to say that one so much wants to be in a couple that he or she persuades himself or herself that it is love. Or, we do not think we can find someone else as well as this person if we lose her, then we convince ourselves that it is love. Not to mention the fact that two people rarely love each other in the same way, or for the same reasons… even if the same type of neurosis can bring two hearts together (some narcissists just like their reflection in the eyes of the other one). So, I’m suspicious of those people who get excited for someone they’ve just met (some just see themselves twice five minutes then decide it is their soul mate) and those who multiply relationships by declaring themselves in love each time. It may actually be a love at the first sight as they claim, but the probability is low, especially when they regularly change partner and reproduce the same pattern. Would not it rather be their fear of being alone that would be momentarily relieved?

Finally, I do not forget that every day thousands of people make the promise of loving each other until death separates them… and virtually no one keeps their word.

Can we have a relationship without love?

The interest of a relationship seems to me to be in complicity, friendship, attachment, desire and complementarity between individuals… not in a pseudo-dilution of two protagonists leading to a loss of their singularity, their personality. Although this is also a myth; Each one believes himself to be unique, whereas most are so common and what they take for their thought is mostly the result of a conditioning they are not even aware of!

This will be frightening to some but a healthy couple is based, in my opinion, on the recognition of two freedoms. I would say that without freedom, no consent, no valid commitment, no true love… rather a role that society imposes on us while making us believe that the idea comes from us.

To finish, I would say that we must distinguish between romantic love, sexual desire and attachment. In nature, while desire allowed individuals to initiate seduction behavior with several partners, romantic love motivated them to concentrate on one partner, saving time and energy for the benefit of a possible progeny. This progeny, the ultimate goal of sexual desire and romantic love, then benefited from the third system, the attachment that is created between parents, in order to grow in a stable environment with the resources necessary for a good development. (That’s why some think that love only lasts a time… and it is often true, then it’s important to see if friendship takes over). Schopenhauer, moreover, has said that love is a cunning of Nature which causes man to reproduce himself.

In conclusion, I would say that YES: one can have a relationship without love. Just as one can be passionate at first and then stay together because attached. I do not think we should look for Love at all costs to find it, I would even say that this quest does not make people happy and pushes people into the arms of other people who are not for them. I advise you to wait more than 3 months before being involved “in a serious relationship” (and to do not let it go to your head) because, the couple, it is the new myth of love! We consume more in couple, I have found it out. It’s good for merchants of all kinds, but advisors are not payers, and especially not when you feel pain after a break up. After the person proves by her behavior that she is up to it, you can consider moving in together or whatever. This way, no crazy woman nor any sexfriend full of STD will be able to cross your sentimental barriers and reach your heart… because, the problem then, even if one is no longer “in love” but worse, attached, is that the separation would hurt. Even if we know that it is for the best, it is still painful for someone normally constituted.