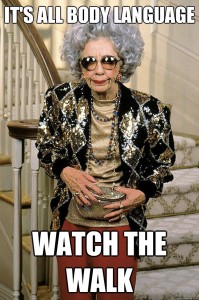 The positive connotation of seduction

Seduction is the process of deliberately induce to engage in sexual behaviour. As a result, the term may have a positive or negative connotation (for preachy people and kill-joys).

Seen positively, seduction is a synonym for the act of charming someone (male or female) by an appeal to the senses, often with the goal of reducing unfounded fears and leading to the sexual emancipation (mutual). The contemporary academic debate states that the morality of seduction depends on the long-term impacts on the individuals concerned, rather than the act itself, and does not correspond inevitably to all these negative definitions which can be read in dictionaries. I guess if you are reading this book, it’s because you want to become happier, to have a better life… not because you want to hurt women. This is the reason why I think the kind of seduction I’m gonna teach you in this book is totally moral. Seduction as a phenomenon is not the subject of scientific interest (or they keep all their discoveries for them to bang the hottest women). But, although similar, more specific terms like transmission of genes (let me remind you that we only are on earth to survive and reproduce), short term mating, casual sex or mating strategies are used in evolutionary psychology.

The Internet has lately given rise to open discussion on seduction and how to achieve it (but, unfortunately, the science did not become more exact). Symptomatic of this is the popularity of published books like The Rules for women and The Game for men. I guess this is the reason why you found out my stuff !

previousBody language is the most important concept in dating science
nextWhat is body language ?