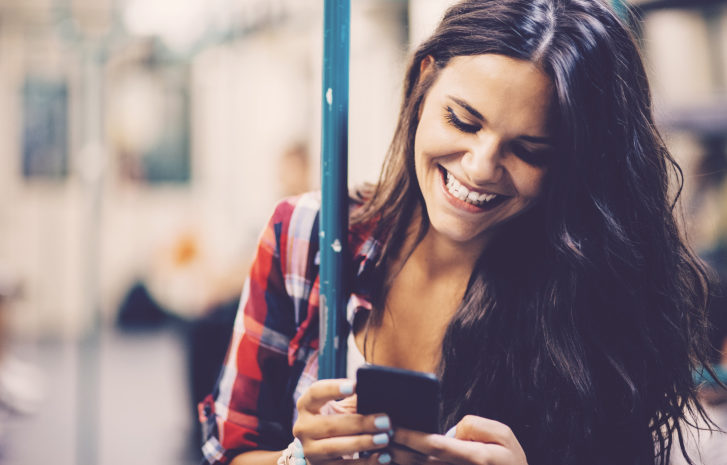 Often, after a first date, the guys want to send a text to show the girl they liked her. Like if the chick needed that… no, but, man, she knows that your dick itches! Everyone knows, by the way…

The biggest mistake would be to send a shitty test after a first date. For example “I had a delicious time with you. You are a great girl, I hope you will agree to see me again”. It’s a needy, it’s cliché, it puts the girl on a pedestal, and so on.

So what should you do? 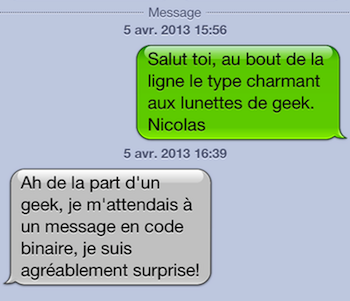 What, then, will you answer her, when she will recontact you to say that she enjoyed this fiery kiss? Well, there you will be able to propose to meet up again (you can even push to invite her directly to your place). Be careful, some chicks really wanted you to kiss or fuck them during the first date and will not contact you if you took no initiative… despite the fact that they liked you! You thought to be a romantic who takes his time, you actually looked like for a loser who without dick…

You can also, by text, bounce on things you talked about during the date… for example by making private jokes. It will create a complicity between you and the girl will be even warmer when you see her again!

About the timing, it is useless to make a false suspense. When she writes to you and you have the opportunity, answer her. If you are really a guy with a good lifestyle, it will not sound needy anyway… and the timing will be inevitably good! If, on the other hand, you have a bad game and a life of shit: start by making personal development to improve it and the rest will follow, I swear !

Hypothesis 2: you do not know if the date was good for her

In this case, I suggest waiting a little and… if she does not send a message, do it (maybe she is just shy) ! But this is the only case you have to send the first text after a date. Wait at least the next day or even one day more before sending something to make her react and show her that it’s up to her to move for you (in your head you’re a fucking alpha male). For example, “so, are you dead?” And then that’s all… If she does not answer or if she does not answer a constructive and positive thing, just forget about her! Protect your little heart !!!

Seriously, do not rock yourselves any illusion because there is 1 chance in 2 that she never answers (for example, if the date was bad for her but you did not understand that). I know that what I write can shock the sensitive souls of the naive, the inexperienced and the younger but it is the truth! Sometimes you believe that the chick had a good time but in fact she just pulled out her mask of politeness and does not intend to go any further with you. Why did not she say anything? Out of cowardice, she did not want you to get upset and taking the risk you hurt her, because of her education as a tight-ass bourgeois, what do I know?

So, how do you know if, in fact, she got pissed off or not? It must be seen whether she left early with a false excuse, if she showed no sign of interest, and so on. It must be understood that most of the chicks do not try to offend the guys. They will just say “yes” when you ask “we’ll meet again?” Sometimes they even go so far as saying to you “it was good, see you soon” but will never answer any of your messages again. It’s like that, it’s life… You have to desecrate the pussy!

In that case, do not write the first one! I often saw girls joining me in my bed after a bad first date that they had shortened… then receiving a text from the guy who was trying to feed the conversation hoping to still shoot a spermatozoon. Their reaction of sluts? They openly made fun of him… I am not kidding! So avoid being humiliated by acting like a sex-starved, respect yourself!

Here is an excerpt from a story that is kinda old but is edifying: “To leave her first date of the evening, she pretended to have a headache (what an excuse). And, something like 1 hour later, the guy sent her a text “Are you feeling better?” How naive. Especially since she started to speak badly of him in front of me “well, he writes me not even an hour later, it must be a poor guy who has no other plans in his life, I did well dumping him”. Conclusions: do not believe everything they tell us AND sending a small word like that even if it is out of kindness comes down to humiliation. How sad !”

In fact, if the current is not well passed with a chick, why would you want to see her again? It just shows you do not have no women in your life… It communicates bad things. Failing to flatter your dick, at least heal your reputation and have a little self-love. 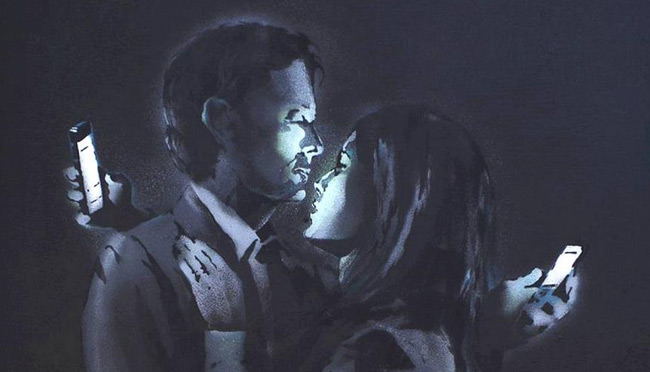 previousWhy meeting on the street?
next10 pick-up techniques

What is an easy woman and where are the easiest girls?

In this article, I’ll tell you what an easy woman is. Then I will explain where to find easy women in France. Finally, we will…

Read More »What is an easy woman and where are the easiest girls?