What we need to communicate to seduce 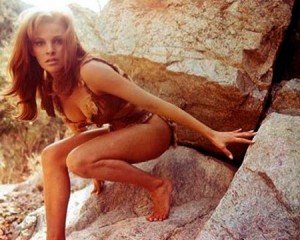 The narrow link between evolutionary psychology and the community of the seduction could be the object of a whole blog. But it is underlying in all the articles of this site. I thus will, for now, content with summarizing, with putting bases, what we necessarily need to understand the game.

The genes are selfish: they try to survive (reproduce) and it is them who act directly on what attracts us or not. The men as the women look for “good breeders” but the rules of selection are different according to the individuals. These rules dating the Stone Age, are always in action, but are thus not adapted anymore very well to the current civilized world. There are bugs : It is what makes that we sometimes end in aberrations like these hot nighters who would cut themselves an arm to bang the waiter stupid, ugly and full of drugs in the trendy club.

The studies showed that approximately only 7% of what we communicate is communicated by our words. The rest of the message is passed on at an unconscious level by our physical language (55 %) and the intonation of our voice (38 %). By working on our physical language, we can thus act on the primitive instinct of the girl… and we can excite her sexually in spite of a physical appearance which would not necessarily have interested her at first sight.

As animals, human beings use primitive languages which seem imperceptible at first sight, at least for non-initiated. If the reflection farther grows, that is why there are customs appropriate to certain social classes: they are signs of recognition… and everybody can imitate them by putting willingness in it.

Of course, what we are going to try to communicate, it is the fact of being a “good breeder”. That we have “good genes”. One of the keys of the game is learning to do that.

Biologically and unconsciously, the women try to couple with a male who has the best genes for them (and/or the best resources). They thus sort out as quickly as possible among the weaklings, those with whom they will have a purely friendly relation and the serious candidates for a sexual relation. It is natural : so it is useless to be mad at them for that… A man who has the good attitudes becomes as attractive for them as a girl who is a pure hottie would be attractive for us.

Thanks to a study of the evolutionary psychology, we can learn how to reproduce the attractive attitudes and how to avoid those which inform that we are not an interesting candidate.

The message which it is necessary to transmit by the physical language and the intonation of the voice is “it is me the alpha male, it is me who order and who choose you or not”. No matter what we say verbally, we try to act on the instinct of the girl (but do not neglect for all that the choice of your words). It allows to create some attraction at an unconscious level.

This way, we all have a potential because pleasing the girls is more a matter of psychology than of physical appearance. The culture and the society blur their instinct (long life to Walt Disney…) so the girls maybe do not even know what consciously really pleases them in fact.

The millions of years of evolution which made our ancestors reproduce are still anchored in us (genetic memory) : The men have to reproduce as much as possible to be sure to assure their descent. That’s why males often have an instinct of polygamist. However, the girls because of the long period of gestation have no right to make mistakes, otherwise they pay it during nine months. They thus have to accurately and instinctively choose a good breeder. It is one of reasons which make that it is not logically easier to try to pick up an ugly not frustrated one! Ugly or not, she works in instinct and will even more try to compensate her physical appearances complex by looking for a beautiful guy. Furthermore, admitting that we are ugly is always very difficult and they prefer to be in denial by pissing off the entire world …

You understood this simple principle: the weakling sub-informs that he has bad genes while it is necessary to show on the contrary good alpha male genes. We so try to act on their subconscious. Personally, to train the tone of my voice and some of my postures, I try to see what works best “to submit” my dog. And I noticed that there are actually tones of voice and posture of the body which make that it obeys more or less well, more or less fast, etc. Hell yeah, I think that it is necessary to get in touch with the animal side of the girls!

The women are not programmed as we are him towards the beauty: what they look for is more buried in them. The beauty, the money, the power, the popularity are factors which make them feel good feelings towards us… but we can transmit differently the same feelings: by the attitude.

It is necessary to be a virile ALPHA. For that purpose, you must at first be capable of being a leader in your own life: you choose the girls who enter it and not the opposite (typical of the guy who dates a girl by default). You have to be a fighter, you fight to have what you dream about, and your dreams oblige you to aim always farther, always higher (ambition).

You will have understood it: for the girls, the attraction is a matter of a process and thus evolves (more or less) according to your actions. On the other hand, for us, it is rather an event: there is attraction or not, and then it is everything (she is beautiful or young or not)! You thus have to act differently from the other men while remaining desirable. You will observe that if a girl feels that you understand her, she will try to impress you. Indeed, she will see something that she did not see often in her life and will try to keep it : a “real guy”. For that purpose, you are not a “ass kisser”, IE you do not tolerate the whims of the attractive girls. Behave as if she was AN OLD FRIEND: you evoke her small manias, you tease her and you make fun of her insecurities (you are not impressed by her beauty because you communicate that you are used to be with attractive girls). You remain friendly and player, the seduction is a game in any case, it is even for that that we call it “the Game” (in the community of the seduction)! According to the same logic, she has to understand that you can satisfy her without taking out your wallet. Do not especially go into the logic of the equation YOU + MONEY = SHE. It is one of reasons which make that a good seducer does not offer a drink to any girl just to have her attention in return.

Realize all the same that all the situations are different. Each woman has her own hierarchy of the qualities she looks for (example: social position > confidence > beautiful physical appearance). And within this hierarchy, there are different hierarchies: The waiter of the trendy club will be an alpha for the nighters who give some value to clubbing. He will be absolutely nothing for the girl who does not go to the nightclub and who doesn’t care about people who drink. The drug-addict will like very much a dealer or a rich guy who can pay her some powder. The sportswoman will like very much her ski instructor or her Yoga instructor or I don’t know who else… etc. Most of people know from the adolescence where they are on the hierarchy of the reproduction.

On the other hand, the criteria will not be the same according to if the woman selects a lover or a husband. In the second case, she will try to keep him (for example by praising her purity) and his resources will become a more important factor. Let’s note that we live in a feminist society because a man making a child to a woman then leaving her to reproduce somewhere else will often have to pay a pension, what will decrease his resources, so making him less attractive for the following woman. But the woman will prefer (instinct) to keep her man thus she will want to select him “not way better than her all the same” so that he does not leave at the first opportunity. Let’s note finally that our instinct is not made to live in a city where the temptation is omnipresent, it is what created so many sexual confusions and frustrations.

RULE: WOMEN LIKE SEX (IT IS A BIOLOGICAL NECESSITY) BUT ARE AFRAID OF LABELS LIKE “THE WHORE” (IT IS AN EFFECT OF THE SOCIETY)…

Show that you are not a frustrated guy: be happy that the others have good things in their life and appreciate with them. A real guy helps the others to develop. There are enough women for everybody !

Understand to finish the importance of the Halo effect: attractive and powerful people look more intelligent and confident than those of middle class.