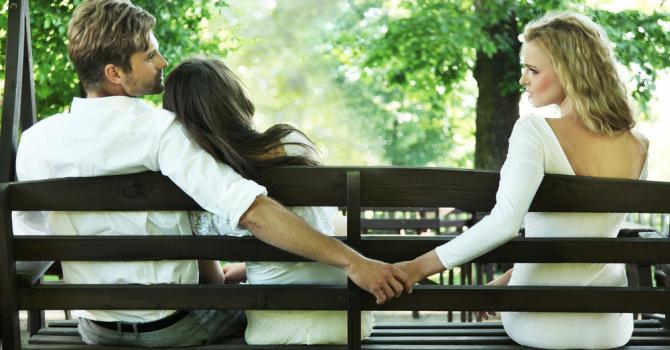 If you believe what you read in women’s magazines: women want a good guy who is a little inaccessible, who is a challenge, who is never really acquired, who does not harass by texts (this is understandable) and who is never too nice to them. This is a somewhat an ambiguous query.

Which leads me to a question I was often asked which is “why do women like jerks?” We will treat here the angle: why are women attracted to guys that correspond the least to what they claim they want? What a question as hardcore as a badly shaved pussy !

Definition of “connard” (asshole or jerk in French) : insult denoting someone who behaves in an inappropriate or unpleasant way, because of a lack of intelligence, good manners or scruples.

Other prerequisites: women, if asked, will often say they are seeking a nice guy, gallant, respectful. And to push the plate, they will probably complain about falling only on jerks.

First possible explanation : the asshole excites the alpha male radar of woman who thinks detecting one. Basically, the bastards have features in common with pure alpha males (eg the fact that they spank their ass during doggy style).

Are some women so stupid that they confuse arrogance with confidence, narcissism with vanity, money with success/charisma? Apparently !

And the reason why they hide their true research would be:
– Refering women on false trails so they do not care about these guys (misleading competition);
– Testing the guys so that only those who have experience with women do not buy their shit.

Explanation number 2: they like dominant men… and by accepting a man to be bastard with them, they make him even more dominant. Women so self-reassure about the choice of their partner.

Explanation number 3: by taking the role of the male breadwinner, the State would have altered the constraints of choices of women and favored men who invest the least in a relationship since the society takes it over.

Explanation number 4: they are bitches and feather flock together. No, just kidding, but it would be for the sick pleasure of complaining during evening with their friends.

Explanation number 5 : they have the secret hope to make him change. Or they think that he is sad and they want to care for him (it could awake their “nurses” instinct).

It is perhaps a bit of all at a time, the different theories are not necessarily excluding.

I advise you to be neither too sweet nor an asshole. If you think the girls are white doves like angels fallen of heaven, that you must venerate, respect them too much and say yes to everything they ask… then you’ll be entirely eaten !

The bad boys can represent the forbidden, rebellion, daring. Now all what is forbidden excites (women too). In addition, they can say that they will be less judged by the bad guys as this will have done worse than them and worse than what they want to do with them!

Nevertheless, it is useless to want to become an asshole for having more sex. It is even a quality to do not be one. And there is no need to be a bastard to do exciting things and to do not judge.

Guys who starts in the game and who lose girls because of assholes would benefit from being a little less wise, a little more fun, a little less shy. It would also certainly be good to have a bit more nerves with girls, to dare more…

Keep your ethics (respect women) but remember that the gender relationships are a competition. We are not in a Hollywood comedy with a happy ending: the fate will not always give you a hand just because you’re a good guy. This is btw often not the nicest nor the most asshole that ends with the girl !!!

The game is here to allow you to be an alpha but not an asshole!

PS: This is also the job of women to do not confuse alpha male with asshole otherwise their only option would be to make out with pussies.

previousHow to know if a girl likes you?
nextHow to well kiss a girl?