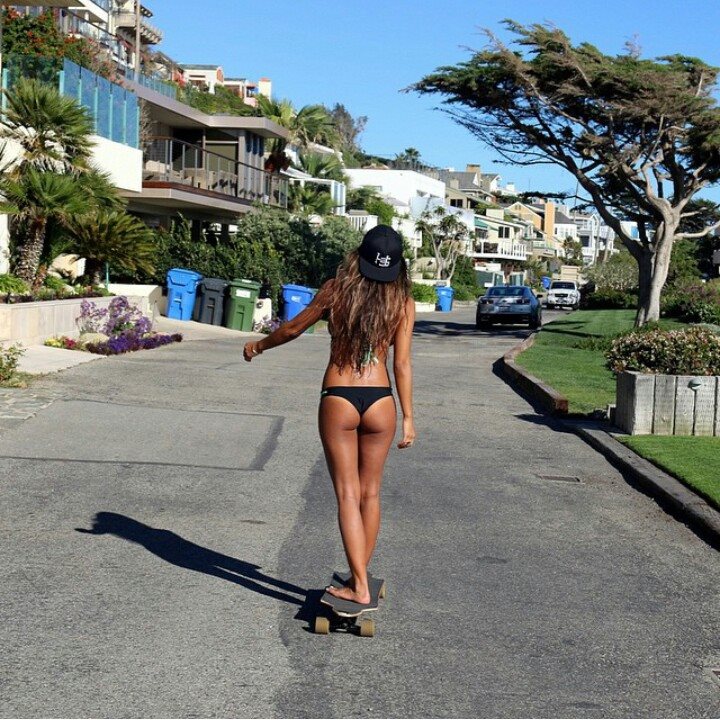 We, the French, are stressed at the moment of approaching, we must also work on ourselves to learn how to be more attractive in order to don’t be too ridiculous in front of women… while women, they just have that to answer “yes” or “no.”

And sometimes they even judge or criticize openly our approach… while they would not be able to make a quarter of the efforts that have made to approach.

Indeed, they perhaps believe themselves able to do it but if they decided one day to do it, they would feel what the anxiety approach is (unimaginable) and would probably be paralyzed or would freak out.

Not only chicks do not approach in France, but in addition they are used to justify it with “it is your job to do it guys” and are often in the resistance from the beginning to the end of the interaction (even if they are happy in fact).

So what is really hidden behind this attitude ? Why (at best) simply sending us signals when they could very well approach (given that often they do not even bother to give us signs of interest and expect it falls all cooked)? I speak in this article of course about approaching “out of our social circle.”

As I said above, unless you have tried to approach an unknown to pickup, we very rarely have the opportunity to feel the approach of anxiety in everyday life. Women so maybe do not know you can feel it, so many do not understand why you might be afraid to take the first step towards them.

They therefore conclude that you are not interested. And they are enough approached like that so why trying to have other men than those who approached them ? (Passive attitude). Well, I’ll tell you on target: to better be able to choose their sexual partners!!!

The fact that this is the role of the men to approach is only a cultural data. Certainly they do not want to be though as sluts, but who said approaching would make them sluts? The social conditioning, of course. They are feared of judgment.

Some guys are afraid of girls who approach so much this is not usual. Or they confuse “being approached” and “getting turned.” To prevent these abuses, women prefer playing those who have not noticed us like they are advised in women’s magazines (and it’s hard to make the girl who did not notice us if they approached us).

3/ They protect their ego

Many guys would consider that a girl who approached them could very well approach many other guys. They would therefore often label her as “easy” (or bitch for short) and she would lose credibility. This is of course not her wish.

In case of rejection, she would feel like undergoing a fucking social humiliation (less one takes rakes harder it is). That said it’s not what prevents them from trying to humiliate us sometimes. “Do not do to others what you would not like they do to yourself,” says the proverb. Because the guys are supposed to never say no, imagine her hearing no, she would feel like the worst of the ugliness…

Most women have never been turned down by a man in their lives. Or once vaguely in school and still remember it then they never want to relive it.

In the series “I do not assume” : by leaving us approaching and leading the interaction, they think cannot be held responsible for what happens (SEX).

Officially, hey therefore let the Man approach to check if the man is able to take action. But this test is more than ridiculous. They lose a lot of good opportunities by doing so. Because all the “good guysy” do not approach unknown so far.

Many people in our society are deeply convinced that to find someone, it “must happen on its own.” They think therefore it’s absurd to try to provoke things when it comes to love (approaching). They believe in fate only when it suits them (not moving their ass).

6/ The cult of beauty

These invisible barriers that exist between men and women are fodder for women’s magazines that give advice and for those who enrich themselves on the fact that women want to be very beautiful. Why ? To incite men to approach them, of course!

That said, if we were wearing make-up or something like them, it would be useless and then we would be ridiculous.

7/ The solution for women?

Until we become a country a little more feminist (which would suit men too because between the two it’s full of paradoxes), the indirect approach seems the most suitable solution for women to approach men they like.

Be careful, not like a big slut like “if you pay me a drink / gives me a cigarette I will give you a kiss” (in this case it’s strange the bitches do not feel social pressure… because they do not give a shit about the guy in fact).

Rather, by asking something that costs nothing and offering a helping hand for the conversation to continue. It will allow them to more choose men at their taste rather than waiting water like a green plant. Finally, I say this for those who complain of being unhappy in love and do nothing concrete for getting the guys they want.

Obviously, in a country where the guys are almost all sex starved, there cannot be any female PUA. It would be too easy for them. Or : she must be an ugly woman.

9/ On the Internet it is easier

On the Internet it is easier for them to approach me. And quite a lot do it on Adopt and Tinder. So they seem to be more afraid of the rake IRL because it hurts less when it is virtual (just no answer and no one else knows about it).

10/ And in the other countries?

This attitude of women seems to be a French specificity, and probably also in the US and in countries where the game has developed.

The French myth women camp until men come (and are finding it completely normal and never ask whether it is the same elsewhere because it suits them to don’t get out of their comfort zone) is confirmed when we know that :

A/ The Australian girls take more initiatives than in France. The gender relations there are more “balanced” and behavioral differences between girls and boys are attenuated.

B/ The Spanish girls are much more open than the French girl and it is not uncommon that they sleep with men on the first night without that one of them think these are easy girls. This is even sometimes them who approach the boys.

C/ In Quebec, it is not unusual to be approached by a girl, often accompanied by a girlfriend (to give courage). Sometimes they even ask you what you would like to drink and pay you a drink. Then if the conversation goes well, they will ask for your phone number. The boys will tend to let the girls seduce them.

D/ In Norway, girls are really direct, flirt openly, which is absolutely not the case with our women.

E/ In short, it is often the case in countries such as Argentina, where women are more numerous than men, but there’s nothing guaranteed anyway. If one really has no passive seduction, banging models will not happen (at least for free).

Personally, I like independent women, who take their lives in hand, and with some character.

Contrary to what is conveyed in the collective unconscious, a woman who approaches does not destroy the virility of men. Because you must be very confident to face this kind of women and be up to it.

But if that were the girls who were most sexually frustrated and not the guys, maybe that insecurity would drop because they are less stupid than us in terms of violence and especially the males would still have a polygamous instinct so we could satisfy most of women if not all and so maybe everyone would see life in pink.

Finally, I would say that parity would be the best solution. Not only women nor only men would approach. Everyone could take their destiny in hand. If only women approached, the guys would become softies without balls: you should not take that as an excuse to soften but instead to take the entire society up. Also, it would be good that women are aware that it is difficult to approach and that when they send us violently to Hell (or disrespect us in a way or another), that’s inappropriate behavior if one has not been really a pain in the ass for them.

2 thoughts on “Why don’t women approach men in France?”