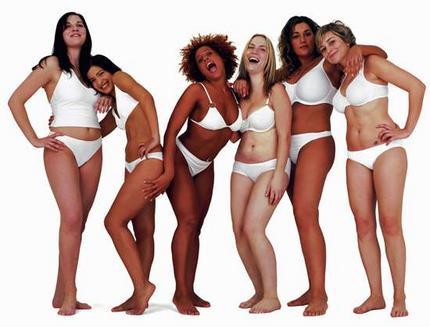 Why isn’t Evopsy “politically correct”? Because this discipline offers a view of life in which people are not equal at birth. This seems obvious when I look around me in the street, but it apparently must not be said out loud. It is a taboo subject!

We hear since our childhood that we are all equal and unique. But do not forget that in the Declaration of Rights of Man and the Citizen (1789), men are born free and equal… certainly! But it’s about “rights.” In fact, everyone is not similarly armed for life, with the same genetic advantages. Besides, there is no human group where every members of the opposite sex arouse in us the same desire. Everyone is unique, OK, but the entire base is common… and since this is the basis of our ancestors primates, we also all are very similar and predictable. Why do you think the statistical services are capable of predicting the number of demonstrators, break-ins or traffic congestion if we all are as free and unpredictable than we like to think?

This science is also disturbing because it is not fun to understand that we are not free in front of our genetic inheritance. Our consciousness is only the tip of the iceberg: most of what goes on in our minds and in our bodies remain hidden from us. Saying it is not, however, being not politically not correct, it’s just being realistic. But many people naively think they 100% know and control themselves. Or, they just want to keep their illusions…

We regularly hear that what really matters is the inner beauty. It counts, certainly. But be aware that there is a common basis for all cultures: they value what they perceive as “beauty” and “healthy”. Almost no culture has ever valued what it considered as deformities. Moreover, beyond specific cultures ornaments, physical beauty always involves a certain symmetry of the face. You will not find a culture that values facial asymmetry. We will return course in detail about what makes a man (and a woman) beautiful in the eyes of the opposite sex. But what I am saying here is that this is apparently politically-incorrect to say that we are attracted to beauty. Because there are way more people who do not have these physical qualities (and/or do not cultivate them) than beautiful people, so the majority wins and imposes its dictates which however not always take our species up…

The counter-argument I hear most often is that these theories do not hold good for the simple reason that plump women were perceived as sexy one or two centuries ago whereas currently it is slim girls who are seen as sexy. Where from their conclusion : sexual attraction is not programmed.

Still, we must look further than the tip of your nose: the fat was valued when it was a sign of affluence and good health! Today, we know that too much fat is bad, so being thin is a sign of health and wealth because it proves we have the means to buy the right products and take care of us. Same for sunbathing: before that meant we were working in the fields like the poor, today it means we have enough money to go on holiday!

It is believed that advertisements convey unnatural images and encourage people to look like models. But the ideals of beauty are not arbitrary: they are indices of reproductive value of women. Although, I grant you, advertising abused and some women in these environments are still victims of the always-more: they order their from models to have no female form! They are sometimes retouched in the pictures but cadaveric on the catwalks (breasts, hips, buttocks are photoshopped!)

One could almost say that they are just act as hangers. But let’s go back to our demonstration.

Thus, the terms of the expression of our programming change, but the purpose remains the same: valuing what is perceived as signs of “good health” and “fertility”.

The ruthless logic of Evopsy is thus (fortunately or unfortunately) constant throughout the ages. It is also reluctant to admit that there is not altruism without selfish afterthought. But accept that we are not perfect, due to any cause. Darwin, for example, said “Our ancestors are the origin of our evil passions! The devil, in the guise of the baboon is our grandfather.”

Well, you will read a lot of things that bother in this book, but I have ensured their veracity and I quote my main sources at the end (so it is not redundant, the others I quote them incrementally).

You have the choice to prefer to live in the illusion of happiness given by ignorance or to open your eyes and understand the behavior of people around you. Nietzsche said by the way that there is a gulf between the truth and the life (The Birth of Tragedy)!

If you prefer the illusion, so I guess I will receive hateful mails. But you can deny the facts… sometimes you’ll take it on the chin and be disappointed by the behavior of others. If you read on the contrary, you’ll arm yourself for life in society in order to intelligently compete.

The two life strategies are respectable. You are very free to read me or not.