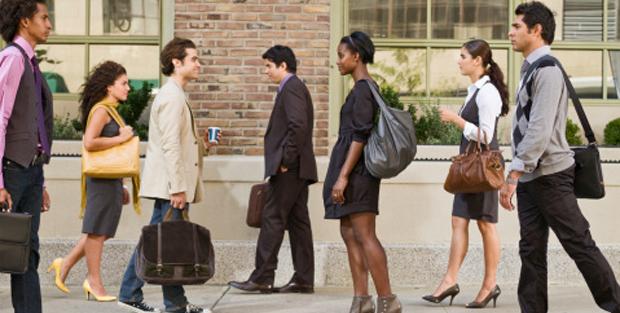 Meeting people on the street is possible and it is not even difficult. Having sex women met in the street is also possible… but it is a little more difficult. For example, for my Cyprine training, I had to do 3 intensive days of street pick-up before I managed to instant fuckclose.

Otherwise, I already kissed and fucked some other chicks whose number I had taken in the street. In fact, street pick-up is not what I prefer, but I think it should be practiced anyway.

Why ? Below are 7 reasons to meet on the street.

1/ Because it is very formative. Making encounters in the street teaches you a lot about yourself, about others and about the possibilities.

2/ Because we can meet a lot of girls that we would have met if not. Indeed, some chicks are not registered on any dating site and never go out in nightclubs…

3/ Because being in the right places at the right time is way to play on the statistics by approaching a lot… and thus to find a right match. For example, in a big city like Paris, you can approach all day: the number of girls seems unlimited and only fatigue can stop you… it is a good way to provoke your chance!

4/ In the street, you can talk without screaming, unlike nightclubs. In addition, you quickly see if there is a connection with the other person unlike with dating sites that do not let pass all the elements of the body language.

5/ Because we are fed up that the man loses his balls in France. I heard that there will soon be a law preventing men from approaching women in the street? What next ?! We have to organize resistance !!! Let’s not let the feminazies and the fucking politically correct assholes cut us off what remains of our balls.

6/ Because it’s free and a meeting “like our grandparents did”… well, it’s rather romantic.

7/ Because some girls have the fantasy of getting approached in the street.

Now, here are 3 reasons to be wary of the street pick-up.

1 / Because you can come across a chick who has the brain turned over by Marion Seclin and her girlfriends from Madmoizelle: she will probably try to send you into jail by lying and pretending you assaulted her by touching her ass like 70 guys before while you would actually just had time to say “hi, I saw you…” and that nobody else spoke to her during the day.

2/ Because with the current media campaign that seeks to prevent encounters on the streets (the only meeting environment where you do not have to pay) and which is clearly aimed at making people more and more solitary, so weak and manipulable, a lot of women will send you to Hell more or less politely when you’ll approach them. Even if they were actually very happy to talk to a man even though they were very happy that you reassured them about their seductive power and even if they secretly dreamed of meeting a man like you. So, the success rate when you pick-up on the street is very low…

3/ Because of the current campaign of demonization of the street pick-up, you will be assimilated to a stalker when you talk to people about your passion for street pick-up. This can hurt your reputation. The noisy minority of riff-raff sexual harassers has beaten the majority of guys class, respectful and well-intentioned.

Sorry but between the fragile jealous of your ability and most of the chicks (who would be unable to approach the street) who do not recognize that it takes a lot of courage to do that, the quasi-entire society will be merciless with you… you have to know and prepare yourself!

previousHow to have a girlfriend ?
nextWhat message should you send after the first date?

What gift to offer to your girlfriend or wife?

Read More »What gift to offer to your girlfriend or wife?