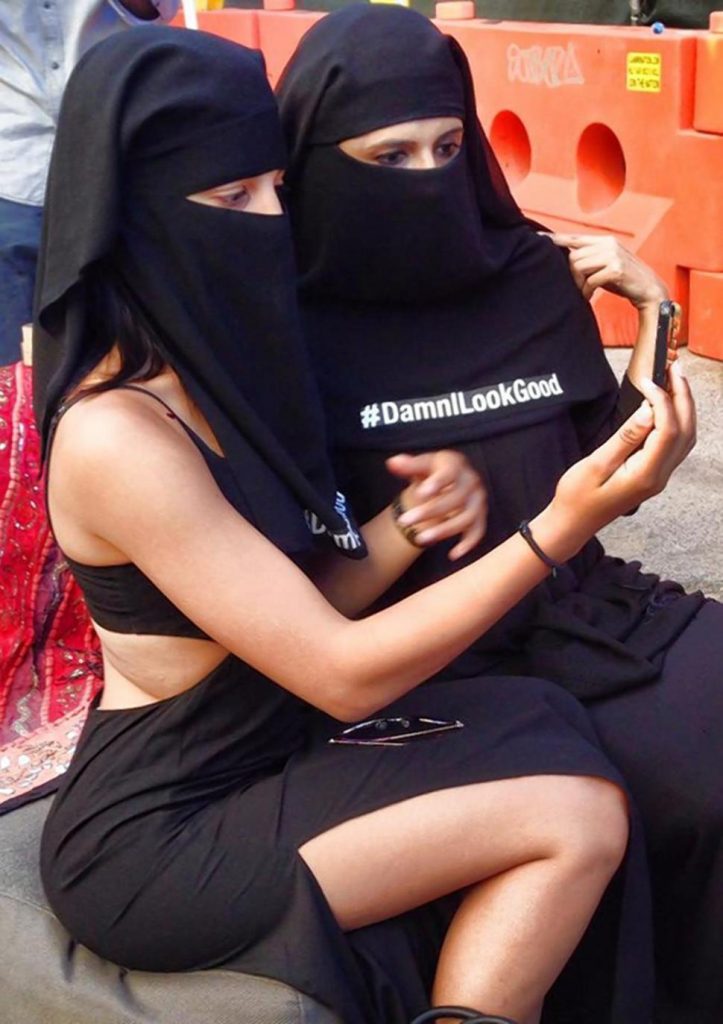 News : the Montaigne Institute has published a study on Islam in France. This shows that the Islamic veil (hijab) is contrary to popular opinion, a practice more supported by women than by men. How is it explained?

The results of this study

“About 65% of Muslim (religion or culture) are in favor of women wearing the veil and 24% support the idea of the full veil.

Contrary to the prevailing opinion which suggests that men are more conservative than women, the veil is rejected by 26% of men but only by 18% of women. Men are also more likely than women to say that “everyone does what (s)he wants.”

These results show an ideological commitment to veil of a significant part of the Muslim female population, up to the acceptance of the full veil (28% of women).

About 35% of respondents say they wear the veil (all the time or in an episodic way). This figure appears to be increasing in relation to surveys conducted in 2003 on these issues (+ 11 points).

The figures indicate that intermittent veil practices are relatively infrequent and that women who wear and remove the hijab in different contexts (schools, professionals) are quite few in relation to the entire population of Muslim culture.

It is found that their motivations are:
– Security ;
– The desire to show their belonging to the Muslim faith;
– Imitation of others.”

Source: the report “a French Islam is possible”, whose author is Hakim El Karoui. But beware, just like with all statements on sensitive subjects, the results are to be taken critically.

If we enlighten these statements with the dichotomy “Madonna/Whore” developed by evolutionary psychology that calls “Madonna” the type of the faithful woman who invests in the education of children: a safe bet that men seek to marry. And that call “Whore” the mistress, elusive and completely unreliable, these women fascinating of freedom and confidence who condemn the men who will marry them to a tormented life… In fact, cannot we wonder if those women want to wear the veil because it communicates “I am a Madonna and all those who do not wear the veil are whores”?

What classes a woman in the type “Madonna” or “Whore” varies among cultures. Being classified as a “whore” can be very positive in our country (see for example: Clara Morgane, Zahia, Miley Cyrus) but can lead to stoning in others. Nevertheless, the current situation in the West is a rather recent historical exception, being classified as a Whore generally always had negative consequences for women, except maybe for beautiful women, or in any case, exceptional ones.

This remained etched in the brains of women, even though the society has evolved and they now could be as sexually free as men. We can also notice that calling a girl a “whore” is the way the most used by women to reduce the average value of the other women and increase their own value. For example, it is not uncommon that when I’m very direct with a woman, she answers “I’m not a whore but you should ask the other girls in the club I’m sure a lot of them are just waiting for it !”

If the Madonna has, in general, more value (which is obvious when it comes to natural insults and other conflicts of female intra-sexual competition), it is essential to take into consideration the characteristics of the person and the environment to determine if this is a good choice. But it offers a first element of explanation to the finding that women who responded to the survey support this practice more than men.

Evolutionary psychology makes it easy to explain this phenomenon. Indeed, no woman wants to be a “whore” because men do not usually bring their resources to such women. So can we deduce that Muslim women wear the veil to show men they are credible and deserve to get married?

Certainly some very beautiful women would not need to do that to get men… but they are much less numerous than ordinary women. The ordinary women can therefore easily submit the gorgeous women by the simple law of numbers. In addition, through the veil, we no longer see that some are more beautiful than others…

If you want to learn more about the dichotomy Madonna/Whore (or Puritan bitch), I advise you to read:
– Evopsy and Seduction
and
– The (inconvenient) truth about gender relations

Then the women surveyed allege security; certainly, remember that in some Arab countries, Muslim women are more protected than others during raids. Through the veil, the men there can quickly know if a woman is ‘legal’ for rape or not. Can we completely rule it plays in the fact that Muslim women feel safer when they are veiled in France? Of course, it is neither you nor I who threaten their safety here; I find it sad for them to be in such a situation in their country! But it is just a part of the scope of violence against women, and we know, alas, that it almost always occurs in the immediate family. Difficult therefore to exclude, unfortunately, that some wear the veil to avoid being battered.

When they say they “want to show their faith”, again, we can wonder to who and why… since in France it is not an obligation, as everyone knows, and may even attract some trouble as consequences in some circonstances! What is certain is that they do not send a signal to show they want to be picked up, and that is not very conducive to healthy exogamy (the fact of seeking a spouse outside your social group)!

Finally, the “conformism”! By doing so, they leave the not veiled women to criticism, vindictiveness, insecurity… that’s not very nice!

On the other hand, they never admit wearing the veil by coquetry, because the mystery adds some charm (although it hides the hair which is a big potential asset to a woman) ! Yet, can we exclude it? The exotic eroticism of the veil for some is certainty, for others a fantasy, or a literary cliché… I personally am not sensitive to this kind of mystery… and you, do you?

People who spit on the game and the seduction community should consider actively cultivating before giving their opinion on everything and anything. Since the learning of Seduction teaches us a lot about the society around us. The proof is here, in this article!

And, honestly, €29, for understanding female psychology… this is not over priced! Especially when you know everything I give for free on my blog!

See you later, my friends.

previousA firepussy for a pretty elf
nextIn short, I fucked without condom

Bugs in the programming

Sexual selection started a long time ago and happened on the very long term: our brain has been optimized for a world that no longer…

Read More »Bugs in the programming