Why women don’t reply to you anymore ? 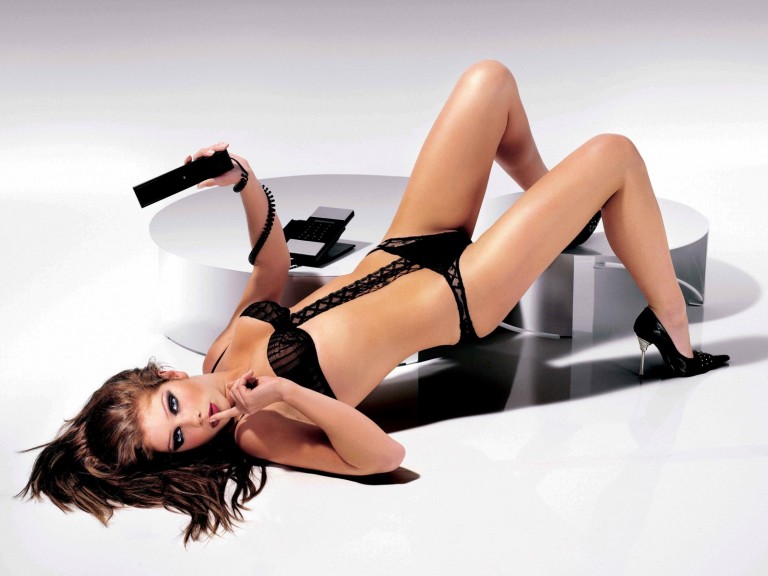 A friend asked me this question: “damn, why don’t they answer to my text after the first date ?”

I dug a little bit more the issue and he said: “No, I’m did not try to kiss them nor anything, I’m a gentleman, I let time take its course.”

You should know that the fact that you have not tried anything may disappoint some girls and get them to stop talking to you, without giving you any explanation. It must be understood that it is better to try it all out when the girl is in front of you rather than hoping a hypothetic future date.

Waiting probably reassures you and everything, and you justify it to yourself by saying that you want to look like a gentleman. But from their point of view they may very well think (and this is often the case), “but he is a non-testicled guy who do not even dare to kiss me I’m wasting my time with a guy who has lost his balls”.

Of course, they can also not answer you because you did something they did not like it during the appointment. But that, in general, you will feel during it the date anyway.

There are too many guys who hope that girls do not respond because they have read in a book they must make the boy struggle even if he is liked. But frankly, if it’s a twisted girl like that, it’s better to give up right now.

Regarding the delay, let’s say after 24 hours without response, we can consider that it’s dead. Some respond directly and immediately, others reply once or twice a day, that, that does not mean anything… it depends on personalities. Better analyze the content of the answers: if you are the last wheel of the cart or if she blocks when you sexualize a little, it starts badly, and it seems to me more profitable to focus on other targets.

Granted, they have some good light. As long as they are hot, they just have to sit down and be seduced without saying too much shit (and the sponge is passed over some stuff anyway). So it’s easier for a sexy girl to decide she’ll next a guy than for a guy to decide he’ll next a girl. And of course, to top it all, they often do it without giving you any explanation: perhaps because they are not sure themselves, perhaps to do not offend you, perhaps because you said a wrong word and they are super rigid but do not want to recognize and prefer dreaming, maybe something let them think it is you who do not like them enough and they do not want to take any risk of a refusal or that you do not answer, maybe they next 10 guys a week so it would take them too long to justify every time (even if it would help us and make us improve – the polished girls, it’s something rare).

I then looked at the texts of my buddy. By trying to do too much to seduce, his texting was finally just weird. He went too far in his jokes, was doing too much, etc. When in doubt, keep it simple. I have often sent “well then, I said something that shocked you or what?” Quite simply. And it sometimes revived the conversation.

After a date, I usually do not write. I expect they send me a text to show me their interest and this way I will not appear needy. I do not remember that it has already bear fruits (for me) to revive a conversation with a girl who had not sent any text message after our first date. Nor even to insist too hardly to see a girl who induces you to pray her. Anyway, they know very well that it is their role to appear receptive and they’ll do it (often even the LSE – low self esteem – will do so and if not too bad for them). By doing this, at least, we can leave the interaction with the head high by not giving her the image of a guy sex-starved submitted crawling underfoot capricious bitches. We respect ourselves, us!

After a numclose, I am writing in general relatively quickly unless I really do not have time. I do not write immediately in the wake unless I have a really good thing to say, but I do it in the following 24 hours that’s for sure. In addition, it allows me to see if, by chance, I would not have met a chick who assumes to make the first call. I therefore also test her motivation. Anyway, the famous trick ie waiting two days before calling her back is really cliché! But, letting them wait between your responses (like they do with you or longer), it’s cool.

As for sexual initiatives, it is often better to go too fast rather than too slowly with the communication means. But be careful to do too much pressure them!

About what to do when they do not respond or not anymore: I try once with humor like “Orange cut your subscription and that’s why you do not answer me or what?” Or “My last message was so a shit that you do not reply ? ;)”

If they still do not answer and I’m motivated, I confronted like “well then, my message made you afraid or what? I did not think you were that shy…” or “so then you, as soon as one makes a joke you stop answering, yet you looked like a smart girl who understand the second degree humor…”

Finally, in case of despair, I send the message of the last chance.

In Secrets for seducing on the Internet, you will find examples of messages to revive your interactions and the message of the last chance that allowed me to get some blows that seemed dead and buried. About my way of reviving conversations and confronting girls there are practical examples in More than 1000 sexy alpha funny lines!

It must be understood that a girl may simply have forgotten to respond. For example, if you wrote her when she was falling asleep: the next morning, she will no longer be notified that she has received a message and if she did not respond at the moment, it can easily get lost in the bit-bucket. Especially if she does not really know you yet and is not yet fully on you!

Or she had a guy for when she nexted you but it did not work with him. Do not dream, they almost never come back to you by themselves. That’s why the stimulus messages can be helpful and save some pussies. It all depends on why they have not answered. But that, we cannot guess.

The confrontation messages allow to prick their egos and push them to say what’s wrong. Again, there’s those that submit to you (or willing to challenge themselves) and those who will get blocked (and will insult you by principle).

The message of the last chance is longer and quite argues, which can convince those who were not very motivated (or inspired) to meet you at the beginning. For example, if they had misinterpreted your text or if they did not understand your humor. Because yeah, there are people who next guys for nothing. In addition, this message of the last chance reveals things about you that they would not necessarily dare to ask you… but they are interested by the answer eg “I am not a premature ejaculator, I do not have a micro-penis … ;)”

I wish you good luck for your study of the functioning of the weaker sex fair sex!

previousWARNING : do not imagine link between things that are not linked !
nextWomen, charm and money