Why women often have trouble saying yes or no 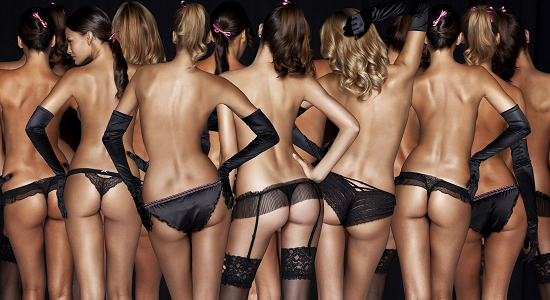 Finally here’s an article to inform you about certain “incomprehensible” attitudes that may have women.

1 / Why girls sometimes reject you while they want you ?

I’m talking here about every forms of close: from the numclose to the fuckclose through the kissclose. And I’m speaking only of girls who are interested in fact. Girls with whom the interaction is sexualized.

There is of course the setting of social pressure (conditioning) to consider. They are afraid that you judge them as easy, to judge themselves as easy (for the chicks who let stupid principles govern their lives) or a third judge them as such.

There is the parameter “fear”, that is to say, it stresses them to get naked in front of you, they do not know if you’re not going to hurt them by mistake or I don’t know what (a buddy has already broken the hip of a girl by fucking her too hard). They are people who put too much pressure on themselves, such as those who are playing the sexually fulfilled chicks but who in fact do not know much but they want to warm you, then they are caught at their own game because talking about this with you turned them on… but they do not dare to sleep with you because they have oversold themselves and are afraid to disappoint you, to don’t be up to you, etc.

Many people (not just women) are too lazy to move their ass for getting what they want in life. Thus, many postpone almost everything (procrastination or unlimited perfectionism) unconsciously to stay in their comfort zone, consciously because they have not shaved their pussy or anything to be sure they won’t have sex. To defuse this kind of attitude, we must see if the girl is using avoidance strategies or not. If she has always an unexpected excuse when you planned to meet up but make counterproposals and wets when she talks to you, cheesy! In this case, it is surely a case of use of avoidance strategies (why going to yoga just the night she planned to meet up with you while she may very well go there another night?) You can discuss with her to reassure her or you can next her because the conflict is between HER and HERSELF! She is in conflict with what she deeply wants.

It can also be a test. Sometimes chicks refuse once just to see how the guy will react to rejection. If you become violent, with a threatening behavior or if you become unsympathetic, you really risk losing the deal. Remember that an alpha male is certainly persistent (you have to show a little motivation without becoming needy) … but he is especially fair play and respectful.

Finally, there’s the bad experiences they had. You should know that most guys are bad in bed… therefore they may say to themselves you’re probably going to disappoint them, that fantasy is better than reality, etc. There are bastards who use women as objects : the kind who fuck them and ignore them, who fuck them without a condom then let them with the problem of the morning after pill, or who ejaculate but do not care if the girl enjoyed or not (fucking selfish). There are finally the too nice boys who will put too much pressure on the girls just because they slept together: the kind who wants a couple, consider engaged after a kiss, she should meaningfully held to account in the future and everything … help!

There’s the girls who have instincts but are afraid of it. Others who have already fucked another guy the day before and therefore are tired but will not confess you the reasons. Others who accept meetings in a pre-established framework “I want a serious relationship.” That is to say that those girls use sex as a tool to make a man faithful, who do not always fully live sex like that it may be the case of those who enjoy the present moment. In this case, if you do not want to get engaged in a complex thing, I think it is better for you to say no even if you want to fuck her. Because the price would be too high for some carnal pleasure that you would withdraw in (profit vs. benefits)! Or you can just lie to her in order to fuck her but it’s really not very ethical so I do not encourage this…

2 / Why do many girls avoid saying “no” directly when they do not want?

Most women in this situation say anything but yes, instead of just saying no. The problem is that sometimes they use grotesque apology or anything and this is frankly ridiculous. In addition to taking a rake, you feel taken for idiots and it is a pain in the ass! Men are direct, indirect women. Yes, but…

The first thing to know is that they want to protect themselves from a bad reaction. There are guys who absolutely not tolerate rejection. They might be charming at first, if they are told “no”, they become aggressive. They do not want to be insulted or worse, get hurt. So they let the guys expect until they are physically protected.

This is because there are a lot of little assholes not civilized and not intelligent outside that we are entitled to such a level of hypocrisy in our male/female interactions. We pay for the mistakes of others!

The second thing to know is they are taught from an early age the fact to preserve the male ego. So even if they do not want you, they do not necessarily want to discourage you. They will kick into touch, in this case, because of their politeness. Hoping you will understand (hoping you understand their language, their logic). Or, too bad for you.

And that’s still the positive side of the coin. There are bitches that would break in two the nice guys making their first clumsy approaches and who would discourage them for life. But hey, letting good guys hoping for nothing, it is also cruel. They are left dazed and confused, scratching their heads wondering why women are so illogical.

Anyway, everyone sees noon at his door. And we will not change the world tomorrow… so in the meantime, let’s adapt and play with the rules imposed by society. My conclusion: when you do not hear a “yes” enthusiastic and sincere, do not make plans on the comet.

One can nevertheless get reassured by saying “they do not assume” but it does not remove the obligation to assume, us, on our side. This is not because people do things that we do not like that we must do the same. It applies to every craps of the world.