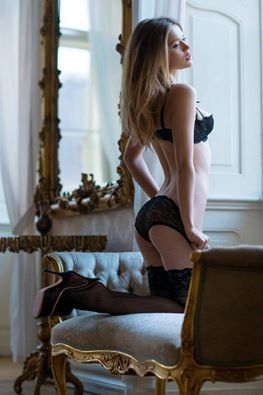 Shame on those who use their charm for sale !

Today I want to denounce a reality that bothers me for a long time! I speak of an inequality that hurts many men while some women enjoy it unscrupulously. I may be like an old bitter in the text but never mind…

Women do not want to be thought of as whores so they do not pick up guys. On the other hand, using their charm to push guys to consumption, often for other men, does not bother them. What does a whore again? Oh yes, she sells her charms…

I think of those who distribute flyers in the street for bars. They are often cute chicks, like most of the time are hostesses and barmaids. Why cuties? Because guys tend to consume more to “please” the girl or to “impress” her. And that’s it, the trap!

The owners of these institutions play on the fact that guys are usually sex-starved. So they send beautiful girls meeting them for the benefit of their bar or of their club. But if you’re a flirty and want to take the girl’s number, then in this case, no way!

A friend was handing out flyers for a bar in Aix, and her boss had told her to do not give her number to the guys hitting on her. Same thing for a waitress girlfriend: it was forbidden to make out with customers! So this is the hidden face of this practice.

Why forbidding them to enjoy with clients? Because if customers want to see again the girl who talked to them normally but has made eyes to them casually, they will have to come in the establishment and consume!

As a man, you tend to have more difficulty in refusing to take an extra glass when it is a cute girl who asks you if you want another drink than when it’s a fat bearded disgusting guy who asks the same thing.

I sometimes have fun when I am approached by this kind of girls, telling them, “do you want to give me your number and hang out with me?” There often, they use a crappy excuse like “I have no number” (it’s like : what’s your name ? I have no name.) And so I can tell them, “well then see you soon darling bye bye.” If you bypass its ambiguity with the charm, she is disarmed.

It’s like those who come for club parties, the so-called Public Relations… Often these are relatively hot dumb. When they try to charm me or anything so I buy them a pack with a bottle of whiskey (€150), I lean towards them and do like if I wanted to kiss them.

Basically I often do not take into account what they offer me and I act like if they approached me to pick me up. I can tell you that they feel stupid !!! Their strategy is basically to talk to you sensually to charm you but to say things that are not really compromising. For example, if you start trying to pick them up in a soft way, they often say something like “haha yes we surely meet up again at the party then”;)

Well, seriously, they must be reframed! Coming up and using charms on guys, counting on the fact they are a bit unlucky in love, and then letting them hope that it might perhaps happen something at the party so they come and pay their entry… I think it’s disgusting! Especially that they know very well that nothing will happen with the guys in question, I guess they do the same thing on 20 men per day!

The best way to do not be manipulated this way, is to always separate the proposal itself and the person making the proposal. Basically, study the plan as objectively as possible. And test the girl too: if you see that she knows there will never be anything with you but she does not want to tell you so you buy her stuff, do not buy it. Do not put an ultimatum to her or anything, just change the subject and try to determine if she is interested or if she dishonestly uses her charm (I am not speaking here of women who just do their saleswoman job and who do not overdo it). Do not be a cash cow !!! In case of doubt, do not spend money and in any case never buy something you don’t want to buy/you will never use…

Thus, in my reality, one can very well have sex with me even if I do not buy her product. Moreover, I am not a sucker who is easily manipulated by his dick. In fact it is really this: chicks see almost all of us as suckers. I cannot count the number of women I observed approaching guys to get free drinks. Then, once the free drink in hand, “bye bye I’ll go back with my friends.”

I am aware that girls use their charm in all the areas of life. And sometimes, there’s nothing to complain about. One woman who works with me now told me: “I play on the fact that I am a girl. I glance at them, I act like if I was very happy when I see my clients, and so I am more appreciated. Anyway, that’s how everything works.”

I do not put the blame on this girl, good for her if it works! Still, how idiot are the lambda men !!! And even then, for her, it should not be cool to be more appreciated for her legs and her ass than for her work.

I guess the girls are also more receptive when the guy who wants to sell them something is handsome… but still, I do not think they are as blinded as are most guys.

In conclusion, I advise you to never do anything you do not want to do, even if it’s a pretty girl who proposes it. If you do not want to go clubbing, nor to drink alcohol, do not let women force your hand. Impose your reality (but do not be totally rigid anyway – I hate people who spend their time giving lessons). I never pay drinks to unknown with the hope they kiss me or they go back home with me. I only do it if I decided to do this because they deserved it in a way or another.

Before finishing, it reminds me a final anecdote. A friend in Aix, a schoolgirl, went on the Cours Mirabeau and proposed to guys “€5 for kissing me”. “Damn, she made almost € 100 that night !!! It’s crazy… Especially that she chose the guys she asked to so she chose guy she liked then she really did not force herself. She was earning as much as the guy but the balance still was “THE GUY + MONEY = HER”. It’s really hard… accepting such an unbalanced frame just shows that the guy has a mindset of beta male. I would have told her : we can kiss for free if you want!

In short, if I managed to get you thinking about some stuff, I’m happy. My goal through this article is to help you to never be bamboozled by a tease. Never pay for love… unless you’re old and ugly… and even in this case, it’s hardcore!

previousWhy women don’t reply to you anymore ?
nextShould you follow a protocol in bed ?