You have to defuse the not sex bombs 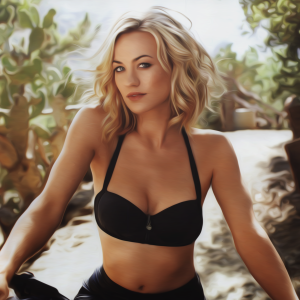 HB11/10 : A so beautiful girl that we never planned to meet one like her one day.

Obstacles: the friends that a beautiful girl brings with her in the club/bar. Her purpose by bringing them is among others to filter the boys who approach her. Sometimes these obstacles are jealous because would want to fuck the girl but do not dare or are in the friendzone then they are a pain in the ass.

Cockblock : Literally, the one that block your cock – friend of the target, her job is to take away every intruder or to help the extraction of the target. Example: when a girl is bored with a boy who does not stop talking too much, she is going to try to establish an eye contact with her friends. They are then going to come to extract her, by saying that they need their friend. So far, it’s all good. But some girls can also intervene because they are bored: no boy came talking to them then they prevent their friend from having fuck or simply because they are tight-ass.

First of all, even if you have a preference in a group: it is absolutely necessary to make a good impression on the friends of your target (being a flattering and entertaining presence) otherwise «  Mélanie, are you coming, we go to another party » (or variant that castrates you). In the ideal, your wingman can try to pick up the friend of your target.

Target : According to the theories of the Game, it is important to choose a person when we approach a group. In the practice, it is not necessarily true…

Even if you’re interested in ONE SINGLE GIRL IN THE GROUP, it is important that they ALL feel quite involved. Even a minimum. However, your target must know that you prefer her: thus maintain the eye contact a little longer, etc. It must be subtle to don’t create jealousy nor offend the ego of her friends. Still, if the ugly one feels, wrongly, if she has a ticket with you: because it is rare, her friend could eject herself charitably. Thus keep a kind of safe distance, like on the road.

The ugly friend (translate: frustrated) is often the one who will fuck up everything. It’s no legend. Every time she goes out with Mélanie HB11, Yvonne HB2 feels alone and lonely like an idiot while her buddy is approached. She thus develops a whole arsenal to push away the pretenders of her friend. Often maliciously « PLZ, don’t you see that we are talking ?
– Shut up, the truth is that you are ugly and fat, if in addition you behave as a silly bitch, it’s not surprising that you are badly kissed. Don’t try to fool me, I know that you did not go out to dance nor to have drinks but well and truly to be approached… And miracle, tonight, the offer meets the request. Yeah yeah, even you, you would want you to have sex in fact, I know it well, then one advice : try to be nice! ;) »

Certainly attractive answer but if the situation came to become inflamed you would lose your target: she will 99 % take the side of her friend rather than the one of an unknown. It’s logical! That’s why I advise you to defuse upstream this (not-)sex bomb: That will avoid that she explodes in your face during a numclose or worse … during a kissclose. Not doing it is a stupid error which can waste wonderful approaches.

Phone-close or num-close or n-close : Obtaining of a phone number. Not a fake one preferably.

Kiss-close or k-close : Obtaining of a kiss. I do not like too much this terminology because that implies that we win something when the girl kisses us. While, on one hand it is a pleasure for both of us and on the other hand, the work is far from being finished after a simple kiss.

In practice, it is much more frequently the not-beautiful chicks that piss me off. I have much fewer problems with the cute friends than with the ugly friends on the field. Having said that, I remember some unfuckables who have helped me to catch their friend. Thus, let’s not accuse them as long as they were not obnoxious but let’s be wary.

The enemy can also be the social pressure exercised by her tight-ass friend: the interest of the isolation is to release her from it. Except that she risks not to let her friend leave with a big jerk. That’s the thing!

previousMILF, cougar & Stifler’s mom
nextI have slept with a PUA by Lili ptichou